On Books and Things

Some years ago I had a mentor who would say all people have at least one book in them. He probably would not have said that to me, but at the time I was trying to get that book out of me. After a little more than five chapters I found myself at a standstill. Those five-plus chapters are still there, languishing in my computer’s archives, and they have been joined by a handful of other attempts to get that book out of me. So far I’ve only hit dead-ends. At present, I have two, maybe three books floating around in my head. There was one more, one that was actually at the top of my priority list, one that would have to be written before anything else could. It is a book with a very specific designation and designed to accomplish a very concrete goal. That book was going to be my dissertation. 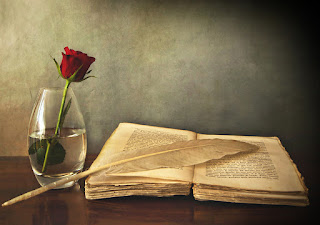 Past tense? Yes, past tense – “was,” not “is.” Of course, the decision not to write my dissertation necessarily includes the decision not to finish my Ph.D. While I am not blazing any sort of new ground in languishing in ABD (“all but dissertation”) land – many have taken the very same route through grad school – it still took a great deal of soul-searching to conclude my graduate career. Some will say and have said things like “why give up when all you have left is just a dissertation.” I have reasoned the same thing, many times, but those two words “all” and “just” significantly minimize what a dissertation actually is. It is a book and in the world of books it is an exceptionally difficult one to write. Although the type of work is not beyond my capability, it is patently obvious that it is beyond my willingness. After recommitting more times than I can remember – with nothing to show for it – I can no longer con myself into thinking that this project is one I am going to finish.

So what does all that mean. Let us recap: After numerous attempts at college since 1981, each with slowly and gradually better results, I returned once again in the fall of 2003. I was 40 years old with a total of about two years of college credits scattered all over the place, both geographically and academically. The upshot was that while I had enough credits to be a junior, they did not meet all of the requirements. This was neither surprising nor important, I had a specific vocational target in 2003 and planned to obtain an AA degree and start a new career as a counselor. That was it - an AA degree and go to work.

For reasons that are beyond the scope of this essay, I never got that AA degree. I transferred to California State University, Sacramento in the fall of 2005, this time with the credits where I needed them to be a junior. And my grades, almost 25 years after graduating from high school, were better than they ever were in my entire life up until that point. I graduated from Sac State magna cum laude in 2007 with a BA in journalism and government, worked briefly as a journalist and went back to school in the fall of 2008 fro an MA in communication studies. That foray into grad school (and the subsequent master’s degree) led me to Louisiana State University in the fall of 2011 to begin work on that Ph.D. All of the work I have done at LSU, without a dissertation, is not worth nothing, however. I have completed enough (actually, more than enough) to be awarded a Master of Arts degree from LSU as well. The total then is one BA and two MAs, not too bad for someone who flunked out of San Diego State University in 1985.

But still, the idea of “just” a dissertation haunts me a little bit. Another mentor of mine who is also a very good friend is concerned that I will regret this decision later in life. I cannot say he will be right or wrong, I honestly don’t know. I can say that whether I regret it or not, I will survive and I will quite likely have something to say (write, share… something) about that experience as well. Because that is what all this is – experience. It is also why I do not regret making the attempt. It was definitely not a waste of time or money. The experience of going so far away in pursuit of such a lofty and elusive goal – a goal I really have no business being so close to in the first place – is an accomplishment in and of itself. I left SDSU 21 years ago with a 0.7 GPA and today I have not one, but two master’s degrees, both from very highly regarded schools. The “failure” in getting my Ph.D. is still success by any objective measure.

So, back to those books. Now that the mental strain of writing something I could not bring myself to write is relieved, I can put effort into doing what is calling me. In the meantime, I have a job teaching that rewards me in ways money cannot, but it is also sufficiently financially rewarding (barely, a rant for another time) so that I can pursue my other interests, namely getting those books out of my head. One of them, a compilation of many of these blog posts, is largely already written, but there is still a science-fiction apocalyptic novel and a memoir that are trying to free themselves. It’s time I gave them a way out.

Posted by Michael K. Althouse at 4:02 PM No comments:

Once upon a time, a few years ago, I thought I might write a novel. Although it would be decidedly fictional, I would, like many novelists do, base it on so many experiences. My thinking was (and to some extent still is) that my trials and tribulations – both those that were self imposed as well as those that were just “bad luck” – could be used to sculpt a compelling narrative. It could be an adventure, it could be a tragedy, it could even be a comedy depending on how I chose to put the pieces together. I didn’t think about it that thoroughly at the time (a theme that would have to appear in any story I write, it is the story of my life), but that didn’t stop me from plunging in. I started to write it. I even created a blog to post it. After three chapters, despite very positive feedback from the few who read them, I stopped. 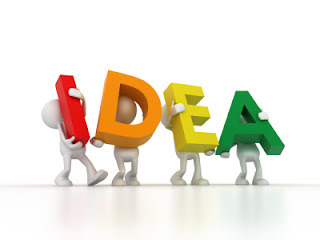 I haven’t written any fiction since. I would say that I haven’t even done any “creative” writing since, but that is as false a statement as is the genre “creative writing.” All writing is creative. True, the creations are not all beautiful, the creations do not all rise to the level of art, or at least not good art, but the act of putting words together to create something that did not exist before is, by definition, creative. However, when it comes to making stories that did not exist before, the work of fiction and the writing of novelists, it means more than creating just new combinations of words. Most of the stories created run along familiar themes, many are adapted from age-old ideas and many, while still running along these familiar themes, are also about us – all of us – not just the lives lived by those who write, but about all of our lives.

It seems the human experience in all its unlimitedness is mostly nuances of very old, very familiar stories. Love, love lost. Good versus evil. Triumph. Tragedy. Greed. Redemption. And a host of other common themes make up the walls of the box we all live in. My story was based on a reality/dream sequence that would come to some resolution in the end, but leave the reader wondering (as I do in real life) what is really real. I was simply retelling a new version of what happened to me about 15 years ago. It was surreal, but in a fiction/non-fiction sense, it was firmly rooted on the non-fiction side of the tracks. So, even my one solid attempt at this so-called “creative writing,” my one serious attempt at fiction, was simply an account of what I dreampt combined with changing the names (to protect both the innocent and the not-so-innocent).

Recently, the ideas have started coming at me again. The creation part of these ideas involves, obviously, new writing, but it also involves creating new stories. The hard part, as always, is transforming the ideas into words; the act of giving life to my characters and painting a landscape for the world they live in is creative, sure, but it is also a lot of fucking work. It’s all stuff I didn’t think about when I attempted to do it before. But it’s also stuff I’ve done over and over and over and over again. It’s simply a different level of abstraction. The stories are limited, but the characters, the world and the time in which they act are left to the imagination of the writer. It’s not that I could not imagine such stories – I believe everyone is equally creative – it’s the ability, the willingness and the desire to do the work of creation. That, for me, has always been a moving target. When everything is just right (and “just right” is not something I can create, apparently), the words just poor out of me. When it’s not, I am shut down. Something has been seriously not right for a while now. I don’t know what it is, but I do think it is near the end.

Therefore, the moral of this story extends well beyond the story itself. Also, what is not written here is important, too. This story is not over yet. The particular sub-plot or chapter or part xx could be a story of triumph, it could be one of tragedy, it is already in some ways comedy and in terms of love and love lost, those elements exist as well. But how the end comes about is still not known. A mushy, gooey happy ending? I’ve never been much for those, but to experience one for once would be nice. Life, and my life especially, is not nearly so neat. Life is messy. It seems as though I haven’t much choice in the matter, but in the big picture is could be worse. Much worse. One thing is sure -
it won’t get written unless I write it. And by “it,” I am not talking about some novel.
Posted by Michael K. Althouse at 10:39 AM No comments: