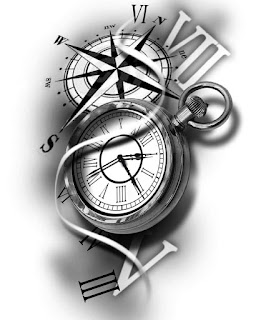 For a while, since my ill-advised marriage was history at least, I’ve felt pretty secure with who I am, where I am and, overall, I have been optimistic about the future, about where I am going. Lately, however, there has been some wear in the fabric of my life. Not rips or tears yet (been there, not anxious to go back), but the stresses can propagate if not addressed. And there are some unaddressed stresses. Some I can identify, are temporary and will, with time, resolve themselves. They require no action, no plan. There are others, however, that I am not sure of, what their source or nature is and, as a result, I have no idea what to address, let alone how. What that adds up to is dread. I’ve felt it before. Sometimes that feeling of impending doom is impending doom; sometimes when it feels like something just ain’t right it is because something just ain’t right.

At this point, it’s just a feeling – it has no tangible source. It could be the weather and being “cooped up” this long without significant deviation. We need the rain, we welcome the rain, but in California we are not used to it raining this much this long. It might be that those temporary self-righting issues are not self-righting fast enough. But that is not likely; I know that by the end of this year – likely much sooner, and barring anything unexpected – life will get much less complicated. But the build-up, the tension and the stress could be having an unconscious effect.

All this leaves me feeling unsure about almost everything. If I was so unencumbered, if I was without responsibility, if I could, I would just go. I’d get on my bike and leave it all in my rear-view mirror. But that is not who I am today, I don’t run. Okay, I guess I do know who I am. I also have this job - a career - that I enjoy more than any other I’ve ever had, and I have had a few. It pays pretty well, but I’ve made more money. It’s got a lot of independence, but not as much as no job would. It gives me great satisfaction and is an integral part of who I am. I look forward to it and will until I am ready to stop working sometime in my early 60s. Okay, I guess in that respect I am pretty optimistic about the future, about where I am going.


With the exception of the time I spent away in Baton Rouge working on (and failing to earn) a Ph.D., I have lived in the same place - about 15 years. I have owned the same house for almost 14 years and lived in it most of that time. These are the deepest roots I’ve ever had except for when I was a kid. And even that “record” is close to falling. I almost stayed away when I was in Baton Rouge, but there was something calling me back – I felt I needed to be in the west – maybe not Sacramento, maybe not even California, but my calling was definitely to the west. I’ve been back nearly four years now. Prior to that, I rented my house out for less than two years and before that I “commuted” to Baton Rouge and LSU.

During that time, a lot of bridges were burnt. Some of those fires I lit and some were set by others. What drew me back to Sacramento was a combination of a few good friends, a home and the job opportunity that has become my career. That’s it – had it not been for just those things, I would have had no problem living anywhere else west of the Rockies. Someday, the only thing holding me here will be a few good friends, and that won’t be enough. Without the additional ties of this particular home and my career, I’ll have the freedom to come and go as I please. As much as I love my job and embrace how it defines me, I am very much working toward retirement – I will have no trouble “keeping busy.”

That leaves me where I am. I am here, trying to navigate this world the best I can. I’ve been doing a pretty good job these past few years, but like anything else, there is always room for improvement. I try to stay in my own lane. That doesn’t mean I don’t make observations, make evaluations and form opinions – everyone does, there is nothing inherently wrong with discernment (some people derogatorily call it judgement, so be it). But I don’t insert myself or impose my way in others’ lives, it’s not my business or my place. I also do not take kindly to anyone imposing their way on me. In that respect I don’t have to be right or wrong – no one does. To each his or her own, we reap whatever we sow. I am lucky to have what I do, but none of it is worth giving up my sanity.

So where am I? What does it all mean? Fuck if I know. Those are damned good questions. Time will tell.

Posted by Michael K. Althouse at 11:53 AM No comments:

I ventured down an Internet rabbit hole this morning; I spent a couple of hours there. It happens from time to time – one link leads to another and that one leads to another… and another, and another. This time, however, I was venturing into not only places I’d been before, they were actually places I created and I created them out of the cyber version of thin air. Furthermore, this particular rabbit hole is old, by Internet standards, dating from late 2005 and early 2006. The venture also took my into my own local archives to things I created more than a decade ago. Some are more recent, they have been updated and revisited, but all of their roots go back to around 15 years ago. That rabbit hole was a blog, my blog, called The 25 Year Plan and it was one of my first entries there in January 2006 that got me started. Full disclosure and as much as I hate to admit it, Facebook’s “Memories” app took me there.

I wrote the post referenced on Facebook on this day 10 years ago. All I linked was the URL for my blog, so, curious, I looked it up; it was titled, “Awakening.” That post linked one I wrote in January 2006 titled, “Five Years.” And that led to the rest of January, February, March and part of April, 2006.” I got sucked into my own blog, the vast majority of which was my own writing and, of course, it had to be my most prolific year, posting some 158 separate entries and actively participating in the conversation resulting from them in the comments section. I had, it seems, something to say about everything… and a lot of it was good.

But certainly not all of it. I am absolutely embarrassed by some of the pabulum I wrote. Delete it? No way. It is part of the journey, part of what I had to do – and reflect upon years later – to understand who I am and what is and is not important. And even things that fall into the “is not” category have some value even if that value cannot be counted amongst the beautiful. Life, as art, is indeed a journey and sometimes the saccharin, sometimes the juvenile, sometimes in inane must be counted in with the profound, the beautiful and the important. Art, maybe, cannot be art without the anti-art. 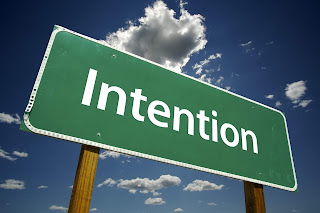 My dad once suggested that I compile my blog and turn it into a book. He thought (some of it) was/is that good. I don’t believe he was blowing smoke up my ass as parents are wont to do, I believe he meant it, but I believed it because by that time I also believed it. By that time I knew I could write and I knew I could write well; I had embraced this talent I didn’t really want (I wanted a different one), and I knew I had a voice and something to say. I even started to compile and edit these first of my posts to make them more “bookish” rather than just a collection of essays. That initial attempt is still languishing in my electronic files along with two other unfinished books. These three books, one novel, one memoir and the “Book of the Blog” are all projects I intend to finish. That does not mean they ever will be, but the potential is there. I have tangible beginnings to all three.

In the beginning of this now 15 year adventure into life, I was, in a very literal sense, beginning anew. I spent too many of my years existing, blowing where life took me, without any real intention at all. For reasons that are not important now, in the beginning there were some key elements of my life I kept hidden. In the last few years, those elements are no longer “secret,” though there are some forums where I would not volunteer it, mostly because it would not be pertinent; it would not be something that would just “come up.”  The key to those key elements was the fact that I was coming out of all the insanity that comes with active drug addiction. At the end, a lot of really big shit went down really fast and it damned near killed me. In fact, That’s what “Five Years” was about, though I left out the drugs part of it. However, in that story and many I have written since, those who knew where I’d been, knew. 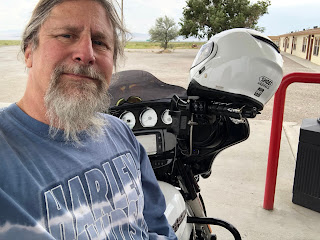 Today I have 14 years, five months, four weeks and one day free from any mind or mood altering substances. This is my second attempt. My first began in March of 2003. I made it about nine months before thinking I was cured and tried to use drugs “recreationally” again. The truth is I never used drugs – or alcohol – recreationally. However, that was the beginning of the beginning and after running into the same old bullshit I had escaped for nine months, I went back to jail on August 6th, 2004, the end of the beginning. I almost died in a wreck on October 17th, 2000 (the topic of “Five Years”) – the beginning of the end. Ever since August of 2004, I have been actively living my life.

I can easily point to the benefits – these very words are an example. The bigger part of the picture is not how much better my life is, but in how I not only don’t take from others and society in general, I actually contribute – and paying my taxes is only a small part of that. Even after living the life I have these past many years, it is not lost on me how close I came to the end and, even surviving that, how much different it good have been. One more act of defiance, one more self-centered decision, one more lapse of judgement could have changed everything for not only me, but for too many others, too. For the past many I years I have been living my life with intention. It makes all the difference.


Posted by Michael K. Althouse at 1:53 PM No comments: