This essay – this blog post – is being written specifically for my original, nearly 15 year-old blog, The 25 Year Plan. That blog came into existence in December of 2005 due to a number of factors and it has outlived all of my other online “profiles” for many of the same reasons. I have other blogs that are now dormant, but this one, while enjoying more of my attention lately than it has in recent years, is nowhere near as active as it was early on. There are many reasons for that, too, most of which are not important or particularly interesting. However, one reason it got the attention it did (from me, it has never been externally “famous”) was that I had no other good outlet to publish myself. 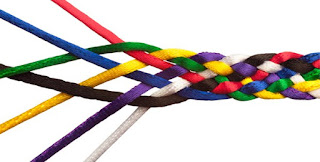 That concept, “publishing oneself,” still strikes me as odd, but that is, whatever we want to call it, a thing. Maybe it’s a Facebook post, a “tweet,” a picture on Instagram or, now, Snapchat and TikTok – and so many others – but at the end of the day, we are making ourselves publicly available to others. We are publishing ourselves. Why? I can’t say what the attraction is for others, however, the attraction is undeniably there. For me, it predates social media as we know it. When I saw my name in the byline of my stories in the local newspaper, it did something for me, when that story was an editorial, it did something more. Much more. And I say this while saying, sincerely, that attention, fame, notoriety and all other acclaim is not what I seek. I seek, for lack of a better word, connection. On second thought, maybe that is the best word. Yes… connection.

That can happen in a number of ways and much of what I write about is personal, even when is has a political or social or societal or public slant. The subtext of my blog’s title for all these years remains, Perspectives, Purpose and Opinion. That is a very large category that allows for virtually anything. Over the years and 643 published posts (most, but not all, my own original work – some earlier posts were quotes and pictures and other things I found compelling), I wrote about current events, political goings-on, personal trials and tribulations, navigating life as a middle-aged college student and just about anything else. Sometimes I wrote just for the sake of writing. And, for those who read carefully, I likely have contradicted myself and changed positions over the years. For better and (more often) worse, Facebook has supplanted my blog. There are, again, many reasons, but it is impossible to discount or minimize the “publication” factor. Facebook reaches more people faster and easier – it makes for more, faster and easier connections. More, faster and easier, however, does not necessarily mean better.

As much as Facebook has continued to add features giving the platform more access and making it even faster and easier, and as much as it has to some extent evolved to a slightly deeper content level (even Twitter has doubled its character limit), it still doesn’t favor much more than sound-bite and headline level engagement. The proof is everywhere, every day. I am “accused” of being too verbose in my Facebook posts on a regular basis. And when longer articles are linked, most people do not read them – I know this from my own stats. When I link this to my Facebook timeline, I will get more comments and “reactions” than I do hits on my blog’s web page. While the comments often reveal the level of engagement with my work, the reactions (likes, loves, wows, etc.) do not. Is that connection?

I’ve said it before and it’s still true – I don’t do it for the likes. In fact, when my stories appeared in a newspaper, there was no “like” button. Occasionally a sufficiently inspired reader might be compelled to write a letter to the editor, and sometimes the newspaper’s online presence (as rudimentary as it was at the time) would generate comments from readers, but not often. My connection came from my personal interaction in the community I wrote for and the knowledge that a certain number of people had my words delivered on their doorstep. And, although I still prefer the actual feel of a newspaper in my hands, I don’t have a paper delivered to my home anymore. Progress. 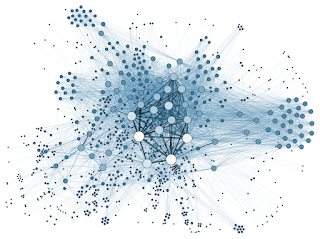 The point of all of this got somewhat lost, but maybe that is the point. My online presence, my “publications,” my life experience is shared to make a connection with others. I get drawn into others’ words, like these, and I can relate. The inspiration today came from, as much as I hate to admit it, Facebook and it’s “Memories” feature. My active Facebook history now dates back well past 10 years; the changes as well as the patterns are interesting. It is easy enough to see how the quantity, speed and ease of one platform has supplanted the other. However, it is noteworthy that, for all Facebook is, it has not replaced the deeper and more robust ability for this medium to make a more meaningful connection. A lot has happened in the last 15 years and this time of year seems to be full of surprises. So far, while this has been a crazy, tumultuous year, my personal life has been relatively quiet. My stress about things has an external source, from my connection to others.

I don’t know what is going to happen. I don’t like way too much of what I see. I try, really hard, to understand without condemnation, but at some point, with some people, I simply cannot continue to engage. There is no connection; it is either lost or, perhaps, was never there in the first place. Sometimes it becomes clear I can do nothing, say nothing – I cannot even capitulate, apparently that is not what they are after, I’m not sure they even know what they are after. It is as frustrating as it is sad, but walking away from “it all,” as much as I want to, is not my nature. For those who are still willing to sincerely connect, I’ll keep talking, keep listening, keep writing and keep reading. It’s not just about my “perspectives, purpose and opinion,” it’s about everyone’s. It’s about connections.