Facebook's "On This Day" feature is probably one of the most interesting things they've ever added to the platform. I know, like most everything else, they did not come up with the idea, but now that it's incorporated into the platform itself, it sure is a handy way to look back. This time of year - the end of the school year - has been enlightening to me since before Facebook, let alone any tools it usurped to look back. I can find similar enlightenment from this time of year, years past, in my blog, which also predates Facebook. There were some common denominators, among them a sense of relief of having made it through another year and a sense of optimism and anticipation at having made more progress towards my ultimate goal, the latest of which was a Ph.D. 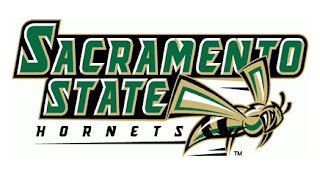 However, prior to around 2010, that ultimate goal was not even on the radar. It didn’t really become a possibility until near the end of my MA program at California State University, Sacramento. And even that ultimate goal (which I finally, officially, achieved in 2012) wasn’t on the radar until after I finished my BA, also at CSUS, in 2007. So, this ultimate goal, as ultimate goals tend to be, was a moving target. But at some point, I would have to top out and change gears - again. That moment came slowly, agonizingly so. From the time I entered the Ph.D. program at Louisiana State University in the fall of 2011, that goal would only be realized when I could place the salutation, “Dr.,” in front of my name. It is a lofty goal and certainly one that I never saw myself even considering. More than that, it wasn’t just not on my radar - ever - it was beyond my capacity not in terms of what it would take to get there, but beyond my capacity to dream it. That level of excellence was not in my cards and it wasn’t until it was that I realized how little credit I had given myself.

Although I did achieve moments of excellence and while I did advance to doctoral candidate, I cannot and will not be placing any new letters in front of my name. My ability to do what was required to get there is no longer in question - I have proven I am capable of achieving dreams beyond my dreams. What I lost was the willingness. With “only” a dissertation standing between me and that ultimate goal, I found myself in a series of moments of inspiration and dedication that deflated into desperation and disinterest. My motivation waffled from one extreme to its polar opposite, it would be all “let’s do this!” or all “fuck this!” Finally, last spring, “fuck this” won out, but putting it that way discounts the unbelievable amount of soul-searching that took place before coming to that decision.

There were three things I could have left LSU with a Ph.D., an MA or nothing but the experience of attending such a prestigious school at such a high level. To be clear, even the “nothing but” scenario would have been thoroughly worth my time there. But since I had already endured the boom or bust cycle of attaining this one last “ultimate goal,” at least (no exaggeration) 10 times, I saw a pattern that was likely to continue until option “nothing but” would catch up to me. I had enough coursework and had passed my qualifying exams for the Ph.D., and that was more than enough (much more) to be awarded another MA, this time from an R1 (doctoral) university. But I had to get it within a five-year window. The Ph.D. would allow me two more years, but I had come to the conclusion that I was, in fact, done with school. The willingness and the gung-ho attitude I maintained for more than ten years of full-time student-hood had left me. I was done and I still believe that nothing would have giving me what I needed to finish that “only” thing I had left.

Of course I talked about it before making my decision. I spoke with my family, my peers, my mentors and my friends. All were supportive, but not all felt abandoning the Ph.D. was the best idea. Fortunately, I was looking for input and support, not necessarily direction – that I had to arrive at on my own. Some felt I would have moments, be they short or extended, of regret. That was accompanied by an appropriate level of concern for me and how I would deal with that. The truth is that I have had many moments of regret, but that doesn’t translate into my decision being a bad one. Indeed, even with those moments, those unavoidable moments when I wished I could muster the willingness, I still firmly believe that was not going to happen. Would it have in the next year or so before I would run out of time? No one knows, but the past did not point in that direction.

More directly, my career would have benefitted in ways both known and not. But the other side of that coin is the stress of not doing what I needed to be doing was weighing heavily on me, too. That stress has manifested in a few ways, some of which I am only now realizing. One was that I used to write – a lot. I also used to read much, much more. Since completing my coursework in the spring of 2014, my output has steadily declined. It is only now, a year after I plucked the dissertation monkey from my back, that I am again beginning to enjoy both. I am also becoming a better professor, even if my lot in academic life would be better with a Ph.D. And I am beginning to really feel what freedom from all that feels like. I often regret the failure, but I never regret the experience. And, lest anyone forgets, being awarded a BA and not one, but two MAs is no small achievement.

With just a little more than two weeks left in my fourth semester of full-time professorship, I finally feel as though I am hitting my stride. I am feeling once again motivated to do some things, maybe even great things. I have a palpable feeling that all that back-burner shit is finally coming up to the front. Indeed, I feel like it’s time to get some things cooking again. Re-reading all about the many fits and starts I experienced bovver the past few years, I am happy to be free of the pressure. That is not to say I regret not achieving that ultimate goal, sometimes, but I am at peace with the decision I made. It was not one taken lightly. One cannot live life as long as I have without some regret along the way. Today is a good day.
Posted by Michael K. Althouse at 12:17 PM No comments: