An Ounce of Prevention

From my earliest memories up to my mid-30s, I never had any serious medical issues. Sure, I’ve been stitched up a time or two, broken an arm and I have been pretty sick a handful of times, but nothing really all that serious. Even when I had my wisdom teeth pulled at 18 years-old, I was only mildly sedated and given a local anesthetic. I remember it clearly; I was awake the whole time. It wasn’t until much later in life that I was in a position to need fluids intravenously (anaphylactic shock due to an allergic reaction to over-the-counter medication). I was in, fixed up and out within a couple of hours at a clinic. But that’s the extent of it. Until I was 37, I had never spent the night in a hospital as a patient. 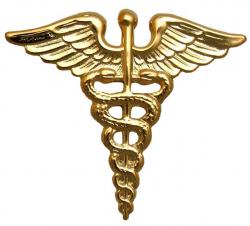 All of that radically changed on October 17th, 2000. I was in a terrible automobile accident that should have killed me. It didn’t, but the hospital and all that goes with it became a real, constant and integral part of my life. I’ve written extensively about that wreck in my blog (this link has links to most of those posts), this is not about that, exactly. But it is about medical procedures and some of the nuances that never meant all that much to me prior. Among them is a simple revelation that only those who have been in the hospital for a sufficiently long period of time get it. We are the people who understand what the hospital means more intimately than anyone else. It’s not the doctors, the nurses, the x-ray and MRI techs, it’s not the family members who come to visit. Everyone else - everyone else - gets to go home. We don’t. We are there 24/7 and there is nothing we can say about it. We, who have been hospitalized for long periods of time, know it in a way no one else can. And it sucks.

I was there for about three months, five weeks of which I was in a “medically induced coma.” That’s pretty much a euphemism for being sedated into oblivion. I spent those five weeks in la-la land, somewhere between totally unconscious and semiconscious. They were the easiest weeks. After they brought me out of it, I was still put back under general anesthesia regularly for various procedures related to my recovery. When I was finally released, my hospital days were not over yet - I had to go back for procedures that took anywhere from a day to more than a week. Thankfully it’s been about 15 years since I’ve been hospitalized or needed a general anesthetic.
When I was conscious and I knew I would be “going under,” I found the experience not at all unpleasant. The unpleasantness either preceded whatever procedure I was going to have or came about a day later in the form of pain (or both), but I came to enjoy the “going under” and waking up part. Often, when I woke up, there would be new stuff about me (external fixator removal and the reversal of my colostomy were two procedures that made huge improvements). It was kind of exciting and not at all unpleasant. If nothing else, it was a break in the routine. Of course, by this time I knew hospitals and I knew what to expect.

In two days I will be “put under” for the first time in 15 or so years. It’s nothing serious, in fact, it’s a good thing. I am getting a colonoscopy because at my (ahem) advanced age, it’s considered a very good idea. It is not, however, the first time I have been “scoped.” Because my injuries in that accident resulted in a temporary colostomy, I was scoped fairly often. The procedure was never a problem and going under was, as I mentioned, something I had grown to enjoy. The prep for it is similar to what I have to do for this one. I’ll be drinking a ton of “purging fluid” and dealing with the, um, fallout. For those who have been there, you know, but imagine if you will what that looks like when the “exit” has been moved to your abdomen. No fun, but then they put me under and I was in my happy place again.

It’s been a long time. It was more than 37 years before my first hospital stay and it’s been around 15 since my last. I don’t know what I liked so much about going under and I am not exactly looking forward to it. The procedure itself? It is what it is. It’s an ounce of prevention. I can say with conviction that, although I know hospitals like only those who have lived in one do, and while I am not going into anything remotely unknown, I can also say, unequivocally, I do not like hospitals. That year or so of spending almost as much time in one as out of one was enough. To this day it takes more and more effort just to go inside one, let alone admit myself. I guess to those who have never been in one for a long time, this sounds like no big deal. And the reality is that it’s not. But it kind of is, too.
Posted by Michael K. Althouse at 12:13 PM No comments: