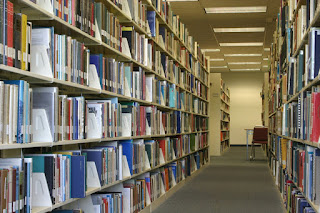 I have two very different books rolling around in my head. Both have been there for some time, but one is evolving almost daily. The other is a memoir, a real memoir, not an embellished one that shares the so-called “emotional truth” of my life. It didn’t work for James Frey and his epic lie, A Million Little Pieces, and it won’t work for me - probably for very different reasons, however. Whereas his downfall was getting caught in a million little (and not so little) lies, mine would be in writing such fiction as nonfiction in the first place. When I say “real,” it means what I write really happened. I believe what an old mentor of mine told me when he said, “everyone has a book in them.” Everyone has a story and every story is necessarily interesting. I’ve been told more times than I can remember that I should write that book, and I intend to, but except for the new adventures I encounter in real time (some of which are very adventurous), that book is static. It has been, for the most part, written. I just need to write it down.

The other book is fiction. It takes place in the future, but I am not sure yet how far into the future. It is a dystopian future, a post-apocalyptic world in which humans are living in a much different environment. That world will not be one reduced to prehistoric living conditions, it will not be devoid of technology; in fact, some technology would be more advanced than what we have today. Most infrastructure will be gone, but not all of it and governments, countries and the like will be different in significant ways - and they might not exist at all. Our planet will have become a vessel that contains life, much like it does now, but in a much more integral way. How it got that way, what happened to it and us is still a big question mark, the story has not revealed itself in all its detailed nuance just yet.

Lately, on at least a daily basis, a moment of inspiration hits, an element of the story becomes clearer. Like so many puzzle pieces, each new revelation is like another piece of the picture coming together. At present, I have a good idea who the protagonist is and what he is all about, but the antagonist is still in development. I can’t quite see who he or she is yet. Although I am getting very close to visualizing the setting, the plot still has no ending and only a foggy direction. There are some twists, there are some secrets that will be revealed both to the readers and the characters. In some instances, the readers will know what the characters do not and some twists - many, actually - are still a mystery to me. Life, I think, will turn out to be something much different than we think it is, but I can’t say how, yet.

I can’t because I don’t know. When I started blogging and writing regularly, much more regularly than I do now, I met a fellow blogger who was also a published novelist. With a few books to her credit, she would often blog about her current writing process. One of the things that fascinated me was that her characters would tell her how the story would unfold. As she wrote and these characters developed page after page, they would dictate where the story would turn next. It fascinated me that she never knew how the story would turn out, how it would end. I remember her blog posts were, for an extended period of time, about her waiting for a character who was murdered to “tell” her how he was killed. One day it came to her and her character spilled the beans. She moved through that chapter and finished the book.

It made sense to me. It made sense because even at that time, I was writing with a purpose and that purpose was - still is - discovery. Although these two books are vastly different, each will have elements of identification and where those nuggets occur, the discovery happens. That’s how good stories work, when we can see ourselves in them. Both my memoir and my novel will, hopefully, tell me about me and in doing so, will be of interest to others who see themselves in the pages I write. It is a daunting task. Both books have been started and discarded more than once. They were not telling me what I needed to know. This summer, hopefully, one or more of those characters will start talking. Equally hopefully, when they do, I’ll be writing it down.
Posted by Michael K. Althouse at 9:02 PM No comments: