The first day of school is always exciting. It has been so since my earliest memories way back to kindergarten – new shoes, packed lunch-box and wearing my favorite (or, at that age, my mom’s favorite) new school clothes; I was off into the great unknown. While I do recognize that those details expose a degree of privilege – privilege even my parents did not enjoy – there is still a universality to the first day of school. It is a yearly ritual that typically happens right about now. For me, this fall, that day is tomorrow.

For most of us, once we leave school, at whatever level, those days are over. However, when our kids grow through them, we do get to relive them from a different angle, and as anyone who is or has done that will attest, it is a whole new ballgame. But then they, too, will eventually finish; the phase is temporary – long-term, but temporary. However, for those of us who have made education our profession, the new school year/first day of school ritual is ongoing. We dance this dance every year. Maybe we all don’t go out and get brand new haircuts or a new pair of shoes or wear our best clothes to make the absolute best first impression, but we are all keenly aware that a first impression is being made and it will affect the entire semester. 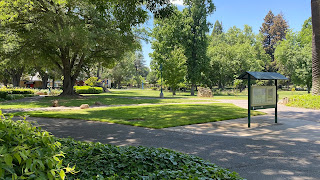 For the last 17 years, I have been back in school. I went back to college in Sacramento, CA at American River College (the third community college in my growing list of colleges) at the age of almost 41 years old. In addition to that college experience earlier in life, I had lots of other school experience in general – in short, at the time, I had a lot if “first day” experience under my belt, both as a student and as a father. That fall was different, however, for reasons that are both common to returning “nontraditional” students and unique to my own situation. I’ve written about them in the past, I’ll write about them in the future, this is not about that. This is about tomorrow and why it is so different even in comparison so some very different fall semesters.

Since the fall of 2003, I have missed just one first day of school – the very next year. The first day of the fall, 2004, I found myself residing in the Nevada County jail and would not be able to attend the first day, week or month of class. I knew that would be the case when I was sentenced, so I didn’t bother enrolling (again, a story for another time), but with that one exception, I have had a “tomorrow” every year since. And it’s always the same. The excitement, the trepidation, a little bit of fear, the anticipation – all of that and more makes the first day of school absolutely electric. The moment I set foot on campus I can feel it.

For the past five years, I have enjoyed the first day of school as a member of the faculty at California State University, Sacramento. From 2008 to 2015, I enjoyed the dual role as grad student and student instructor, half at CSUS while working on my MA and half at Louisiana State University in Baton Rouge, LA while working on my PhD (also a story for another time). I am entering my sixth year in the role of teacher only at Sac State this fall, my sixth “first day” as a member of the faculty first, last and only.

In years past, the fall semester has had a few disruptions. A couple of years ago, California fires and the smoke that permeated the Sacramento caused some major disruptions in the fall schedule – but we handled it and made it through the semester. While I was at LSU, we were shut down for Hurricane Isaac for a few days one semester and for a few days because of freezing rain one semester. One summer it rained so hard one afternoon that a waterfall developed inside my classroom – class cancelled for three days. The point is that we have always managed to adapt and accommodate these disruptions and returned to campus to pick up where we left off. 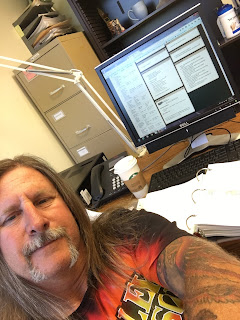 This fall we are not returning to campus – not real campus, anyway. We will be going to virtual campus, whatever the fuck that means. In all likelihood, I will not meet, in person, face-to-face a single one of my fall students this fall – and probably not in the spring either (I have no advanced knowledge – they don’t tell me anything – that is simply a guess). I can sense that electricity, at least the anticipatory part of it, but the actual jolt of walking into a classroom of new students for the first time cannot be replicated with Zoom. Period. Full-stop, end of story. It won’t happen. That connection I make with my students, the one I rely upon so much to get through to them will have to be made some other way. I have some means of doing that, I have no idea of how well they will work – and no one else does either, despite how much they think (or know) they do.