With a Whisper, Not a Bang

It’s been awhile since I’ve written anything really substantive. That’s really just another way of saying that it’s been a while since I’ve written anything really good, or worthwhile, or compelling or beautiful or [fill in the blank]. True, I’ve managed to stir up some shit on Facebook, and it might even be true that some of that shit needed to be disturbed, but when it comes to writing something - really writing something, it’s been awhile. I can’t explain why, entirely, but there are some factors that likely come into play. None of them are particularly important, however. If I wanted to write badly enough, I would have. If I was sufficiently motivated, if I had something compelling enough to say, if my “creative juices” were flowing, I would have put it down on (virtual) paper. But I did not. I used to all the time, but for the past couple of years my output has been minimal. Good, perhaps, but minimal.

I think I’d like to have something to say about what has been happening politically in recent years. I mean, I do. I have thoughts, opinions and stances. I still get outraged and encouraged. But it seems that anything I might come up with that helps me (and, if written well enough, others) to get a better understanding of the word we live in, has either been said, is unsayable or, most likely, futile. People are rarely moved by much anymore. I guess changing one’s view, or opinion, or belief or any modification of one’s world-view constitutes a sign of weakness. It seems that only belligerent steadfastness, a refusal to acknowledge or admit that one’s position is not in line with reality, that only the most rigid are strong has permeated not just the body politic, but all bodies. It is exhausting to put together well thought-out, beautifully written prose only to have them dismissed as partisanship, fake facts or worse. 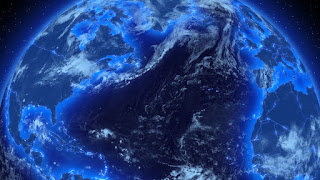 It can’t last forever. Something’s got to give eventually. At some point the truth, reality, facts, and all other iterations of the Universe in its universality will win. At the end of the day, only what is gets the luxury of stubbornly remaining what it is. Facts are not influence by what anyone thinks about them, they simply are. Being is its own evidence. Science, for all that  humans try to interpret it in one way or another, is still about discovering what is and, sometimes, what is not. Scientists might care, might have an angle, might be egotistically invested, but science itself does not care. It will win, whether we are here to document it or not.

George Carlin had a bit that poked fun at the environmentalists. It, too, could be interpreted in a number of ways, but if one knew how Carlin used his art to move people (persuade them to see things in a different way), they might come to the same understanding that I did. He was not an anti-environmentalist, but he was attacking how the environmentalists were framing a real scientific reality. He took issue with their “Save the Earth” mantra. Carlin pointed out that our planet was just fine before we evolved and it will be just fine after we are gone. We should not be worried about saving the Earth, we should be worried about saving ourselves. And, to carry that a step forward, we needn’t worry too much about saving any of the people who are alive today - we (as a species) will also be just fine, today, and for at least the immediate tomorrows. The planet’s ecosystem will not collapse upon us. It is the generations not yet born who will have to deal with that fallout.

So, why should we care? Seriously - why should we? It is painfully obvious that many of us do not. Many of us are all too eager to dismiss science - invoking the same human liabilities I mentioned earlier - as proof that there is no problem. After all, we do have to take some of that research on faith; we all cannot be scientists, we have our own jobs to do. But it’s not just scientists we must have faith in, we have to extend that same faith to all sorts of things we do not, cannot or don’t have time for. I have to trust that my HVAC person knows the ins and outs of heating, ventilation and air conditioning. The same goes for any profession that requires specialized training, education or experience.

I am not trying to change anyone’s opinion about whether we are fucking up our world or not. I am not trying to persuade anyone to be a more critical consumer of information. I can’t. I have tried and failed. The point of all this there is a wall that prevents anyone from doing that. We don’t need to build a fucking wall, we already have one. There are plenty of people who know how to look at a variety of information and form opinions about it - but the sad fact is that no matter what evidence of what is is put in front of too many people - educated, smart people - if it means altering in any small way what they already believe, it somehow constitutes weakness and therefore no such alteration or modification will even be considered. And that - that - is weakness. That is what our downfall will be.
Posted by Michael K. Althouse at 2:44 PM No comments: