One of my colleagues recently asked me how long I’ve been writing. As grad students in communication studies, we are all required to write often and at length and we have necessarily become quite good at it. But for some, writing is a more intimate encounter – more composition than arrangement. I guess it has always been that for me, but it wasn’t until a relatively short time ago that I realized what the written word held for me.

I wasn’t exactly sure how to answer the question. It was a simple question, really, but it stumped me. There is no discrete line of demarcation… it is a question that just begs for context. If I go back far enough, technically I guess I could say that I’ve been writing since the first grade – about 40 years. But that’s not what she was looking for and I knew it. She meant writing, like seriously. I thought for a moment and suggested a re-phrased question: How long have I enjoyed writing?

I hated English all the way through school. My forté in grade school and high school was math. I thought I liked math, but I now know that what I liked about it was that I was good at it – nothing more. Numbers held no magic for me; the mystique of their manipulation, coordination and cooperation was lost on me. I get that the magic is there and I understand how numbers and their relationships can enchant some, but math just didn't do that for me. I could understand it, but I could not feel it. I could apply the rules and get the results, but when it came to abstract concepts - to application - I was lost.

It was just the opposite for me in the language arts. I didn’t get the rules, or at least I could not articulate them. It seemed impossible for me to absorb the mechanical processes and regurgitate them on demand. I tried, but try as I might it seemed as though I just couldn't understand. About half-way through high school, the nature of the English class changed such that, because the study of the rules that govern the process had largely been dealt with, we were left with the more abstract principles of word arrangement. In other words, we wrote.

For whatever reason, aside from spelling errors (there were no word processors and no spell checker to look over my shoulder), my writing never failed me. My grades when it came to essays, reports and the like were consistently good. Even before high school when longish written works were not common, my grades on those assignments were better than the routine grammar, spelling and vocabulary scores I earned. By the time that sort of work became the primary source of grading and my grades improved, my beliefs were already firmly set. I didn’t “like” English any better and, more so, school in general was becoming a pain. But retrospectively, the signs were there. 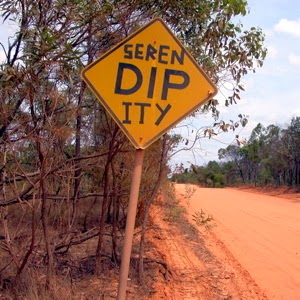 Over the many years since, I have found numerous occasions to write both personally and professionally. I always viewed it as a necessary evil, however pleased I was with the finished product. I never liked to write – I still had it fixed in my mind that English was not my thing. I was a math guy, a science guy… none of this “soft” stuff for me. Ironically enough, as my use of math gradually evaporated, my skills faded as well – so well that today all I have left is what would probably amount to high school algebra at best. But the writing never did – it was always there. Even when dormant for long periods, it came right back.

After a series of both eventful and non-eventful events (and the non-eventful variety can be just as tumultuous), I found myself at yet another crossroads. Although I had some major life decisions to make, I cannot discount the role of serendipity. Opportunities materialized that, combined with a great deal of help and personal effort, propelled me to this very point – and more directly, to answer this question. (My colleague received the Reader’s Digest version. She merely inspired this expansion – she was not subjected to it.) I had to sort some things out and I had ample time to do it.

It all started with the simple journaling of my day’s events. Most days were uneventful, but my mind had the time to begin to make some sense of it all. It wasn’t much – maybe 400 or 500 words, hand written in a spiral notebook. This was just about six years ago and predated my return to school by several months. In fact, I had no idea where to turn next, but at just 40 years old I was at the end of the road… I had to figure something out. That journal continued until my return to school where my writing began to take a more formal role in my life…

And it happened. I made perhaps one of the most profound discoveries in my life. I found my love, my passion, my purpose… my gift. On that discovery I have built what has become a direction that will last a lifetime. I am no longer lost and although I don’t know what serendipity holds in store for my future, I am sure I am capable of pursuing the opportunities it presents. And affirmation comes from the strangest of places. It came in a quote from a grade school teacher for a story I wrote while working for a small newspaper in Rocklin, Calif., “We all have our gifts, we just unwrap them at different times.”

Congrats on having retained your basic algebra lessons.... I am no better than 4th grade math. I just never got numbers unless they added up, or subtracted down. Multiplication and division was easy enough, but algebra? Sheesh...once they tossed in letters, I didn't get it at all. Amazingly enough, I loved accounting.... but then that's basic math. There isn't a day that goes by that I don't thank the calculator gods.

As for your gift... what can I say. What you enjoy writing, we enjoy reading. It's a win/win situation that deserves hard bound status.... of that, I'm sure. I'm still waiting for you to announce the book deal.

Hey Mike, Tanya sent me. What a great tale of finding and following your passion!

Hi
I came in from one of your comments at Netchick's. I am new there and was exploring new blogs.
Am in one of those situations you have mentioned here. Do check out one post I made here