Tomorrow my youngest son turns 21. Actually by his clock, in the time zone he is currently stuck in, he is already 21, but in Afghanistan it means far less than it does in most of these United States. He will not go barhopping with friends; he will not go out for a nice steak dinner; he will continue to protect this nation because the employer he chose is the United States Army. And I could not be more proud of him. It was not an easy decision to make, he knew the odds were very good that he would end up on a combat mission and that it would not be pleasant. He accepted the risks and the discomfort for a number of reasons – some included the opportunity that comes with military enlistment, but he also felt a sense of duty and patriotism such that the sacrifices he makes and the inherent danger he faces on a daily basis are worth it. 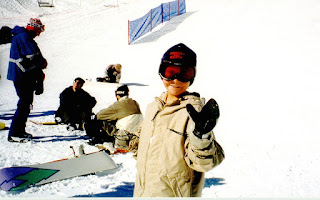 I can’t help but remember him as a small boy. These milestones permit a window into the past - more than an opportunity to reflect, it is an obligation. It has been 21 years since Matthew came into this world and much has happened in that time. For him personally, he has moved from an adventuresome, highly independent boy to a young man who carries those qualities into adulthood. These are absolutely factors that influenced his current career choice. Whether he decides to reenlist or not, it is safe to assume that he will remain on a quest for adventure. Matthew’s older brothers posses strikingly similar characteristics, though they are manifested in other ways. And that old saying regarding apples and trees? There appears to be some truth in it. But this is not about Matthew’s brothers or me – it is his birthday and for reasons that have been instilled through our cultural history, it is a big one. 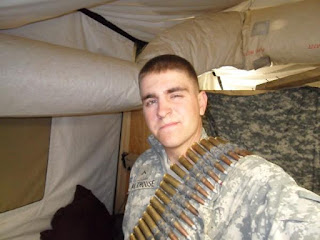 Even if those reasons are not recognized in the hellhole he is currently residing in. Matthew will be done with his yearlong deployment in just about a month and I can’t think of a better birthday present. He will return to Germany where he can properly celebrate his birthday, abusing his new freedom in the traditional manner. Although there are risks involved with that, too, at least there will be no one shooting at him. And no one is happier about that than I am. He will have some time to collect his thoughts, relax and determine how the next chapter will be written and where it will take place. Although the options available at this point are almost limitless, it is virtually guaranteed that he will surprise me with the next turn – he seems to have a knack for that.
Apples never fall far from their trees.
Posted by Michael K. Althouse at 4:47 PM

Happy birthday to Matt!!! You are so lucky to have such an amazing and outgoing son. And he is very lucky to have a father like you that acknowledges what he has been through and where he is at now. Beautiful dedication to Matt and his birthday Mike, you never seem to surprise me.

Congrats to him on reaching 21. Congrats to him for making the choices he's made thus far in life. And congrats to you for ensuring the seeds were properly planted and nurtured.

Mike, I know you must be very proud of Matt and actually proud is probably not strong enough of a word.
I think I remember him posting a comment on your blog some five years ago, scolding you, but look at him now as he has not only himself to look after but everyone around him; and that's no small feat.