Not Just Any CEO

Although I must admit I was not entirely surprised to learn of Steve Jobs’ passing today, it is also true that I am more than a little taken aback. I knew his health was failing even before Jobs’ as much as admitted so when he stepped down as Apple’s CEO last August. I am, however, a little surprised that the turning of this final page in his life has me as reflective as it does. I am not a fan nor am I a groupie, but I am an admirer - and it is not just because of my devotion to a superior product line built by the company he cofounded less than two miles from where I grew up. That garage where Apple’s humble beginnings were forged could have been any garage in the sleepy Palo Alto/Los Altos/Mountain View tri-city area. A legend was born right in our back yards by a pair of visionaries who were not much older than I am.

And maybe that is part of it. At 56, Jobs was not an old man. Of course, 30 years ago my opinion of what constituted “old” would have placed Jobs squarely in that category, but at 48, I’m thinking Jobs was just hitting his prime much the same as Apple is… and I am. He was a man who had it all - way more than just material wealth. He was (is) highly respected as a businessman as well as a human; he was fiercely private in his personal life and at the same time never shunned the spotlight when it came promoting his company; he was not only a visionary, he was also universally recognized as such; and most importantly, he changed the world. He made peoples lives better. Millions of them.

He made my life better. Not in a big way, not like he touched so many others, but Jobs provided me with products I could count on, almost always without fail. That is how he touched perhaps most of us, but for some his impact is even more profound. The employees of Apple are of course beneficiaries of his legacy, but so are the thousands upon thousands of employees of other companies that are peripheral to the market Jobs carved out for Apple. Accessories companies, parts manufacturers, carpenters, plumbers, even truck drivers and airplane pilots (just to name a very few) have a share in the business Apple produced. And it all started in that small garage. 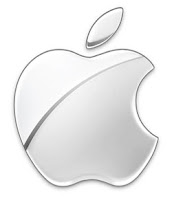 Apple is more than just a great hardware and software manufacturer. And it is more than just knowing what the secret to business success is. Indeed, it is hardly a secret, but one would not know it from the many companies that come and go that cannot seem to grasp three simple precepts. Apple engineers and produces very high quality products. Although it is hard to go wrong when your quality is a notch above everyone else’s, that is not enough. Apple also knows where their money comes from. The customer is Apple’s number one priority and it doesn’t take much interaction with an Apple employee before one feels like it. Finally and perhaps the most elusive part of the secret, a successful corporation must have employees who are happy and loyal. At Apple, they are part of a family. Throughout Jobs’ tenure, these three factors have not only been policy, they have been culture and one that allows them to charge top dollar because the customer is still getting more than he or she paid for.

As much as the above will keep a company afloat for a very long time, at some point new product ideas will hit a dry spell. Long-term dominance relies on the insights of a visionary like Jobs who can not only see the what the technology coming down the pipe can do, but can also develop products based on that technology that we don’t even know we want. Yes, Jobs did that. He transformed the way we do so much because his intuition told him what we needed before we needed it. And he filled that need while keeping quality high, his employees happy and loyal and all the while telling me, the customer, that I am the most important person in the Apple organization.

There are people who wish they had what Jobs had. They envy his power, his prestige and his money. But I wonder if they would trade places with him now, to have all that and pass away at such an early age? I might – not in exchange for his power or his prestige or his wealth – but for the ability to make the world a better place for so many people. Steve Jobs has done on a massive scale what too few are willing to do on even a personal scale. I, too, want to change the world; I want to make it a better place. His vision inspires me and his legacy continues to. Jobs will be sorely missed… and he’s leaving some mighty big shoes to fill.