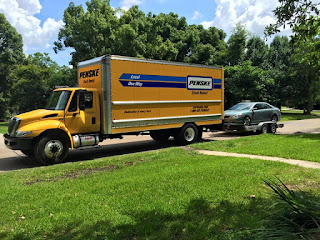 I left Baton Rouge a year ago today. Although it would be a couple of weeks before I was able to get back into my home in Fair Oaks, it was the end of my temporary stay in a city that became my home. In fact, it became my fifth home in the short list of geographic regions that I ever spent enough time in to call home. But home is more than just geography, it is more than just where a job is, it is more than just where a school is. It turns out the old cliché is right on the money - home is where the heart is. For that to happen, for me, it means not only that I have to live in a given place, I also have to establish long-term emotive connections with people who also live there. In have done that in exactly five places, four in California and one in Louisiana.

Now about one year back in my Sacramento area home again, I don’t feel “at home.” Yes, I am all moved back into the same house I moved out of two (or three+, depending on how one defines “moved”) years ago and it’s the same house I have owned for almost 11 years. Yes, I still know my way around. Yes, I am gainfully employed in a “new” job, but it’s at the institution I spent five years working on my BA and then my MA before starting my journey towards a Ph.D. And, yes, I have a lot of friends here from before. But… things changed while I was gone. The circles have intersected, merged, dissolved and been reincarnated as new circles. This morphing of groups and alliances and loyalties occurs everywhere and amongst all groups and subgroups of friends - but when one is in the midst of it, it is hardly perceptible in real time.

Try moving away and then come back. The familiarity I have with this place is almost deceiving. A lot has changed and after the initial “hey, we’re so glad to have you back,” reaction by a whole lot of people (not all are “friends” in the pre-Facebook sense), that novelty has, apparently, worn off. I am not part of the circle(s) I once was. The evidence, while subtle, is becoming more and more convincing. Where I once was always “in the know” on various different happenings, gatherings, excursions, and the like (some of which require an actual invite, others are open to everyone who shows up), I now find out about such things (often on Facebook) after they have happened. This is not to say that my event folder never gets the telltale red blip indicating an invite is awaiting a response, but I got those kinds of invites when I was in Baton Rouge, too, 2,200 miles away and without a chance of making it. Blanket invites to blanket events are not among the subtleties I am referring to. It unfolds more in the unofficial, in the impromptu, in the circles circling that I am now decidedly on the outside of.

A lot of shit went down while I was gone. That disaster marriage and my now ex-wife took a toll on who is who and what is what. The fallout for all those who were either directly or tangentially affected is over - life has moved on. However, speaking for myself, I am still trying to find my place. The terrain has changed; this is not the same home I left. It was predictable, but I didn’t see it coming. It feels Twilight Zone-esque sometimes. Where the fuck am I? Who the fuck are y’all? Who the fuck am I? It’s like waking up from a dream but it was the dream that was real. This, this real, has become more surreal. 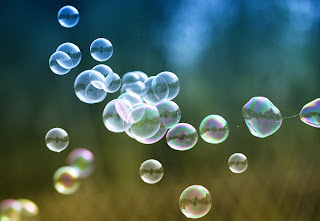 The circles, apparently, are not circles at all.
They are more like the soap bubbles blown by a kid with a bubble wand.
They are fragile, short-lived and exceedingly fluid.