And before I knew it, summer was one third over…

As a college professor, I enjoy the same extended breaks that many teachers do. Although I have taught and would teach summer sessions (and even winter inter-sessions), that is not likely to happen this summer. And, truth be told, I enjoy the breaks. I have an obligation to be available for work in my profession, and although I am available, I have no problem with having an abundance of “free time.” It is especially nice considering teachers are almost always working during the school year. There is always some work that needs to be done outside of class and that work often must be done at times others are traditionally off work on their weekends and evenings. In essence, we get our Saturdays and Sundays all in a row in the summer. When I am asked what day of the week it is, in the summer my answer will be a tongue-in-cheek, “Saturday,” no matter what day it actually is. Sorry/not sorry. 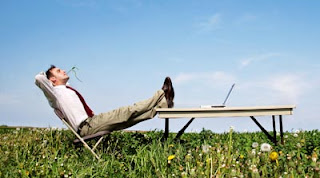 But back to this idea of “free time.” Presumably, that is the time one enjoys when he or she is not otherwise obligated through work or some other responsibility that demands one’s time. In that respect, my summer is full of free time. It’s not all free, there are numerous things that are part of life that must be done - responsibilities and other  things that take time - but I guess if one enjoys the freedom of when those things are done, it adds an element of freedom that I do not have during the school year. Even those things that I do outside the classroom that are largely up to me as to when I do them, they still have deadlines. For example, I still have to prepare for class before that class actually meets. And too often the only time available is on Saturday or Sunday or in the evening. If I am asked what day it is on a Saturday during the school year, and that Saturday happens to be one in which I am buried in paper grading, I am not quite so jovial in my response. Love my job, hate grading.

Where was I? Oh yes, this idea of “free time.” I have some right now. I am using it to write this. I have been writing, and writing things like this, for a long time. It is not my job, per sé (it was when I wrote for a living), but it is certainly part of it. Now I write less and read more, but I always intend to write more when I have some time… some free time. So, while I am doing what many do for money, this is not a job and I am not getting paid. I’d be willing to bet that most poets write most of their poetry for nothing, that most musicians write most of their music for nothing, most painters paint most of their paintings for nothing, most photographers shoot most of their photos for nothing, that most art is created for the sake of art itself, that most of it never realizes a profit. Most of the time, the time used to create is literally “free time.” And, speaking for myself, it isn’t really work in the classical sense anyway. 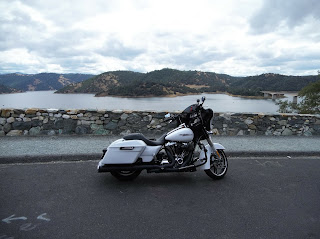 I like to spend my time during these long breaks doing both something and nothing. Downtime does not bore me, I do not feel any pressing need to always be doing something. But it’s also true that most of the doing nothing I do is doing something. Every summer for the past few I have taken an extended journey on my motorcycle - the last two summers included one that took two weeks and was several thousand miles. Some might call that a vacation and, to a certain extent it is, but it is a far cry from what most would enjoy and while mentally relaxing (again, not for everyone) it can be and often is physically grueling. Is it doing something? Is it work? I guess that all depends upon how one frames those terms, but it is clearly not a job. Perhaps one day I will figure a way of “selling” the experience - the story - through some medium, but right now that is not how I wish to spend my time. Creating it, yes - selling it, no.

I have been around long enough to have known a few people personally who have entered “retirement.” Some of them had a tough time adjusting to all the “free time” that became instantly available. When one has worked a regular job for an entire adult life, anything more than a week or two break from the nine to five, Monday through Friday can be confusing, even intimidating. None, however, ended up saying, “screw this, I’d rather punch a clock.” They all adapted and some are doing far more now than they did when so much of their time was not “free.” I am faced with two months of free time left. I have many things on my calendar, including another extended motorcycle trip, but I feel as though I need to be doing more of this, more writing.

I have been meaning to write a couple of books, a memoir and a novel, both of which have been marinating in my head for some time. In fact, some of it has spilled out in written words, but none have lit fire, yet. This summer was going to be that summer. I will not put any artificial deadlines on either project - that’s not what it is about. And though I am likely to expose both to the possibility of publication, neither is being written with that goal in mind. Because my bucket-list 48-state motorcycle summer is being pushed back to next summer, this summer is the summer to get some things done. But, the time is still free and to put any such demands upon it diminishes its freeness. Therefore, this thousand or so words will have to suffice for now. They were indeed written during my free time.
Posted by Michael K. Althouse at 11:27 AM