Every semester I have a handful of students who are like I was when I was an undergrad at San Diego State University in the early 80s. They come to class anywhere from irregularly to rarely, often show up late and are not too concerned about turning in assignments on time, or at all. Some of them simply disappear before the semester is over. I was that student and my success, or, rather, lack thereof, reflected my level of commitment. Why I was so nonchalant about school is a question I have asked myself many times over the ensuing years, but for many and related reasons, I did not place my education as a top priority. I was unmotivated to succeed. There are students who enter the semester with sufficient motivation and then become distracted by events outside their control, but for me and for the majority of students who do poorly, those unforeseen outside events are not the problem. We are. 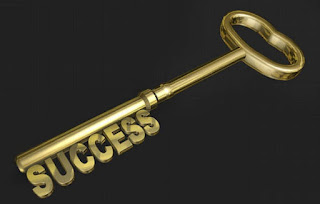 Since finding the necessary motivation and returning to school many years later, I am acutely aware of not only what it takes to succeed, but also what it takes to fail. My grade point average after two years at SDSU was 0.7 – a low F+ to a high F, depending on where the line is drawn. Either way, it was not because I was not smart enough and it was not because my best was not good enough and it was not because I intended to fail – quite the opposite. I was always, perpetually, going to “get my shit together,” right up until the end. I did everything I could to fail, my GPA was, in fact, earned, despite the many excuses I formulated in my head. I did not purposefully fail, but I failed because I did not purposefully succeed. My experience with failure is extensive.

But so is my experience with success. After returning to school many years later, I found the motivation I lacked when I was in my early 20s. I did the things necessary to succeed. I went to class every day. I paid attention and took notes. I read the required material, did the required assignments and turned them in on time. Because my education was a top priority, I succeeded. On purpose. The action I took when I finally earned my BA and both of my MAs was the key to succeeding. It’s not rocket science. I now get to see my much younger self in some of my own students and it is painful. I do what I can to stoke the fire, but I cannot give them the motivation to succeed any more than anyone could give it to me.

I could list a number of factors that contributed to my early failures. The social and fraternity life at SDSU was certainly a distraction. My inherent introversion and inflated sense of pride prevented me from asking for help or even acknowledging that there might be a problem. I was, in fact, in denial that I was actually failing school. I was always going to straighten out and get it together next semester. Finally, in the spring of 1985, I was informed by the powers that be that there would be no next semester at SDSU. While it might have been possible to petition for another chance – claiming some real or perceived hardship – I did not even try. College wasn’t for me; I threw in the towel.

The circumstances that led me back to college in the early 2000s are many and varied, but suffice it to say that I had run into a dead-end, a veritable brick wall. It wasn’t as though I really wanted to become an “academic” (a label I accept but don’t particularly like the flavor of), but going back to school did serve, at first, as a refuge. It was the giant reset button my life required at the time and it gave me something worthwhile to do. Because it felt like something of a last resort (it wasn’t, but it was the path of least resistance), I poured myself into it. But I was not convinced that anything would change. I was not convinced that I had changed – yet.

After my first semester at a local junior college, my entire outlook on not only school, but also on myself radically changed. It actually started happening a few weeks into the semester. I went to class every day, I did the work assigned and turned in my assignments on time. I was participating in my education… in my life. I was getting good grades, mostly As, for the first time in my life. I didn’t feel any smarter (and today, I know I am not any smarter), but I did begin to see what most people (and most of my current students) see much sooner in life – doing the work precedes success. Those early successes were my motivation. The better I did, the more motivated I was to continue doing well.

I try to motivate all of my students. I share my extensive failures with them in the hopes that those who are walking the same path will see where they are going and change course. At the very least I hope that if they do end up failing, that they do not berate themselves for it. While it is true that not everyone is “college material,” it is also true that virtually everyone can be. It has very little to do with intelligence and for those who truly are not a good match for college, these same lesson regarding motivation and putting in the work apply to all things and all success. Putting in the work, whether that work creates the motivation or the motivation creates the work, is the key to success. It is the only key necessary.

Do I regret my failure at SDSU? Yes and no. If I found the motivation and did the work, I would have graduated with a BS in computer science (my major at the time, my degrees today are only tangentially related) in the mid to late 80s. That degree at that time could have made me a very wealthy man today. I could have been successful. But that not only did not happen, it could not have happened. What I have instead is a great deal of experience, some of it unpleasant and painful, that helped form me into who I am. I do not recommend taking the path I took, even though I eventually prevailed. However, I am grateful that my experience might help someone else see that oncoming train and take appropriate evasive action. My inaction guaranteed my failure. Action always precedes success.