I have written more blog entries this past year than I have since 2010. It was not an accident, I went into the new year with that goal in mind. It was not, however, a “New Year’s resolution.” My only resolution of that sort for the past many years was a resolution not to make any New Year’s resolutions. I have succeeded. But a goal to write more can be made anytime. Mine was not specific, it had no number attached to it. Just meaning to has accomplished what I meant to do. This will be my 35th entry this year and unless something monumental happens between now and the next few hours, it will be the last. 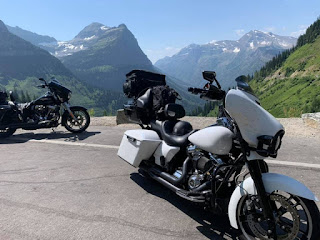 I am not an über-talented individual. I am okay at some things, pretty good at others and I suck at many more. That is probably, in the vastness of humanity, more or less the norm. However, there are some who seem to be very good at just about everything they do. It is difficult to see that and not feel a sense of inadequacy. But as I now have a history of several decades, my perspective has shifted to a more realistic view of the world and, more importantly, my place in it. It has fostered a sense of humility that does not come with any less-than-ness. And, thankfully, I am very good at one thing. I am good at this. I am not the best there ever was, I am not the best of our time and I am seriously in awe of many other writers. I can say that and also know I have at least this one talent.

While I have been paid for my writing, I am not, currently, a professional writer. I could, maybe, make a living at it, but I am not sufficiently motivated to do all the things that are not writing to make writing a viable source of income. The marketing, in general terms, it takes to get and remain in the public eye, to find “customers” for my art is not something I am good at. It takes a mindset that does not fit well with my psyche. Selling anything, and especially selling myself, is not something I desire. I have written before that part of why I write – part of the reason most people write – is to be read. We want others to see a piece of our souls, we have a need to leave part of ourselves behind. This is true of all artists. But where some seek fortune and fame, I seek neither. But I do hope others will read what I have written and get something out of it.

This has been an eventful year, but is difficult to view it in isolation. Time doesn’t recognized the boundaries we place on it. Many of the big things that happened this year had their roots in last year and in years prior to that. My youngest son was in a near fatal motorcycle accident in late 2018. His recovery, while not complete, at least saw him return to work this year. My middle son was married last year, his first son and my fourth grandson arrived this year. My then girlfriend moved in last year, I ended that relationship this year. My annual motorcycle pilgrimage to Sturgis took me though Canada for the first time this year, but that trip (like all Sturgis rides) was planned the year before. And there is more, much more. However, working within these artificial boundaries we seem so compelled to use, 2019 was a good year. 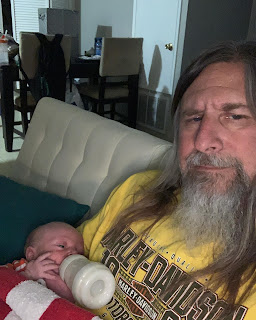 I have been meaning to pour myself out in a much longer work, in a book. Over the past few years, I have started both fiction and non-fiction works – all are languishing in my computer storage as unfinished works. Some have made it several chapters before hitting a wall, others only a page or two. Some will remain forever stuck, others have promise. All of it will remain for my kids, grand-kids and future progeny to do with as they wish – maybe they will pick it up and run with it, maybe just to have a better idea of who this particular ancestor was. Maybe this yet to be written book will see print and actually go somewhere. Maybe I’ll hit the lottery.

In the meantime, a new decade is upon me. I am 57 years old and lucky to have lived this long. That much is never lost on me; several close calls and one direct hit very well could have punched my ticket, yet I am still here. The longer I live, the more each and every individual day means to me. They are not all good, but most are not bad. The coming year comes without a lot of balls in the air, my life is pretty peaceful. At the end of the day, that is what I desire most – peace. On Facebook, I have created a location called “Tranquility Base v2.1.” The “v2.1” part comes from the reestablishment of serenity after a tumultuous part of the summer and because there are already too many locations on Facebook named “Tranquility Base” (if I’m being completely honest, it is more the latter than the former).

There is a fine line between peace and being a doormat. Just letting everything go in the name of peace is not peace. Sometimes radical and uncomfortable things must be done – a stand must be taken – to have peace. I have done that. I will, in all likelihood, have to do it again. But at this point in my life, with – generously – only about 30 years left to live, I will settle for nothing less.