Some time ago, a friend was recounting some of her life’s experience and an epiphany that arose from them. It must have been at least two or three years ago… I didn’t forget about it, but I haven’t thought about it since, until yesterday. Although it made sense to me at the time and I could easily relate to her premise, it was not as profound to me as it obviously was to her. She was speaking about “moments;” those often brief but indelible times in one’s life that can be missed when one becomes too busy… with anything. I got it then, but yesterday her message gained new prominence – it is now just as profound for me. 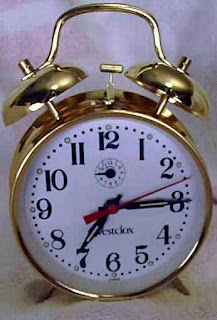 Call it an alignment of the planets, Universal harmony or simply coincidence, but yesterday when certain seemingly unrelated and widely separated factors converged in one place and time, I realized the magnitude of what she tried to share with me (and others). It seems like a small thing, but in the course of my life, it cannot be underestimated, the power of this particular “moment.” Yesterday was Father’s Day; I have been a father for a long time and a son even longer. This past Father’s Day, however, I was also a grandfather. Although this is a big deal in and of itself, it is not where the power of the moment came from.

Yesterday morning I called my eldest son not to solicit Father’s Day greetings, but to give them - for the very first time. It was powerful – in the moment, but it was not until later in the day that it struck me just how profound the moment was... when I remembered the thoughts my friend shared so long ago. And it is not as though I might have truly “missed” the moment, but more that I might have allowed it to pass without realizing just how important it was. Life is often busy and these seemingly little things can slip by almost automatically. On Father’s Day we honor our fathers. It is expected and it, like other similar occasions, is a ritual I do not hesitate to contribute towards. But it can feel somewhat perfunctory even when the underlying motives are genuine.

It was almost that when I wished my son a “Happy Father’s Day.” I meant it and the fact that this was new territory was not lost on me. But it was not until I ran into the same friend last night that it jogged my memory and the message she was sharing took on new and deeper meaning. And I was present for the moment, albeit several hours removed. True, I had participated earlier and I realized the significance in real time, but the connection I later made went well beyond this one discrete instance. Life if full of these little moments, they pass with varying degrees of attention in our busy day-to-day lives. This time, it was not just recognized for what it was, it was also viewed by the beacon that shown its way back to me from years earlier.

And I didn’t miss it.

* Image used acquired from the public domain
Posted by Michael K. Althouse at 11:35 AM

Synchronisty, when small, isolated details over time light a path to a discovered truth so clearly the "Ah-ha" can't be denied...

I enjoy sending my girls Mom Day cards too-
Haven't had lots of quality time- Have finally been here catching up today. I avoided Dad's Day subject post this year. I miss him n gramps so much on that holiday now!
I've had no time for friends at all either!
Definately celebrate your good fortune to be n have!