I am a Mac. Those who know me know that I have been sold on Apple technology for several years now. It was not always the case – I was deeply entrenched in and committed to the Windows family of products and to Microsoft – some might even say arrogantly so. That arrogance also caused me to swallow some large slices of humble pie, but I have learned from my mistake and that mistake was… Microsoft. Ok, I am a little less arrogant as well, but I’m afraid my commitment to Apple products and services resembles arrogance so much that it can be easily confused with the blind allegiance I formerly held towards my first love, Microsoft. There are, however, some valid empirical differences that back up my loyalty to Apple and due to some other less tangible factors (such as maturity), I can look beyond the hype to the product itself. For example, I do not own an iPad. Unless or until the iPad becomes something more than an oversized iPod Touch, I will not buy one.

But I love my Macs and iPhones, past and present. I don’t have to ever think about my Apple AirPort wireless router. AppleCare has always delivered on the rare instances when I did have a problem and even though my iPhone also serves as an iPod, I still use my original iPod Shuffle MP3 player when engaged in certain activities where I’d rather not expose my phone to any unnecessary risk. Every one of these products has worked for me over a considerable length of time with almost no problems, and when contrasted with the comparable non-Apple products that they replaced, the difference in reliability, durability and performance is noticed on a daily basis. Although the empirical evidence supports these claims, my own considerable experience is the clincher.

To those already on the Apple bandwagon, I’m preaching to the choir. For those who are Windows devotees, nothing I say will make any difference and I know too well the arguments they would cite. For some, there are technical reasons that keep them bound to the Windows platform. And when it comes to the service structure of the various hardware brands that use Windows, the service aspect ranges from one similar to Apple’s excellence to nonexistence. But as a package and as a company, Apple is a one-stop shop for this exceedingly average user. None of this is new and none of this will likely influence one towards Apple or away from Windows or, in the case of smart phones, from Android. Furthermore, Apple does not need my help. This is not about that, but it does lead into a particularly interesting public relations phenomenon that Apple is currently facing. 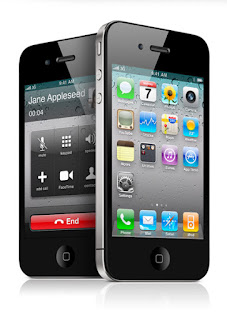 Despite Apple’s success of late, the Mac OSX market share is still relatively small compared to Windows. True, it is gaining ground, but in the big picture Windows is still the dominant operating system and this is true despite the Windows Vista debacle. One of the reasons for this is also a key pro-Windows argument – ubiquity. Windows is everywhere and has been for a long time. It is also not hardware dependent – everyone except Apple makes Windows machines (since Apple changed over to Intel processors, Macs can now run Windows as well). Despite (and perhaps because of) its control over its products, Apple has become the technology industry darling, and as a result a backlash has occurred over the most anticipated technological device since the original iPhone, the iPhone 4.

Maybe because Apple has never faced a PR challenge of this nature, the company was ill prepared to deal with it. For three weeks, the response to what has been termed “antennagate” has varied from inadequate to dismal. In today's press conference with Apple CEO Steve Jobs, those issues should have been put to rest. But it is naive to think this will end the controversy. However, Jobs did succeed at putting the issue into context and focused attention to solving customer complaints – not media reports or quips like, “It looks like the iPhone 4 might be their Vista, and I'm OK with that” from Microsoft COO Kevin Turner. How many complaints? Of more than three million iPhone 4 customers, only a little more than one half of one percent (16,500) have complained about anything regarding reception, signal strength, dropped calls and all other antenna related issues since the phone’s release. The return rate to AT&T is less than one third that of the iPhone 3GS and a presentation of internal and external data showed that the iPhone 4 is no worse than any other smart phone on the market. Forgetting all of that, just try to get one - the demand still exceeds supply.

But the really noteworthy thing about this press conference is that Steve Jobs and company, only 22 days into what has become Apple’s biggest PR challenged, has learned a few things very quickly. They did not role over, but at the same time they took responsibility not so much for a hardware issue, but for the happiness of their customers. Apple is far more than a hardware manufacturer and much more than a software developer – it is a customer service organization. Apple is in the business of making and keeping its customers happy. Where do you think this almost cult-like loyalty comes from? Rather than gleefully bash Apple for some perceived hardware glitch, those in the business of serving customers might follow their lead and treat their customers appropriately. They just might try a little harder to make their customers happy.
Posted by Michael K. Althouse at 4:17 PM