The Saga of Steve Miller and the Photonazis

Anyone want to buy some Steve Miller pictures?

Sure? There are some great shots, and they’re only a few hours old.

I didn’t think so, but apparently Steve Miller or someone within his organization, his promoter or someone within the hierarchy at the concert venue, Raley Field in West Sacramento, thinks there is some kind of demand for pictures from his concert tonight.

It was a good show. Miller played many of his hits, spewed some political opinion and made a lengthy solicitation for donations to his pet charity. All in all, his show lived up to my (lofty) musical expectations and went well beyond what I expected in those other two aspects. I didn’t pay $75 (including service fees and parking) to be solicited, no matter how worthy the cause. But at least Miller delivered when it came to the music. It was a good show.

Okay, now that the review is out of the way, here is the rant. Although Miller’s show probably deserves more words than the highly abbreviated review above, it is lucky that I was able to write anything at all. I almost had to leave before the show began - you see, I was carrying contraband. I didn’t sneak in any alcohol or outside food nor did I try to bring in any drugs, although judging from the odor wafting through the air I must have been in the minority. I was not armed and I was not fighting.

I had a camera. Not just any camera, but a so-called “professional” camera. Nowhere on any of the numerous signs listing the items not allowed was the fact that cameras, professional or otherwise, were not allowed. The security guard who checked my camera bag for all those other banned items didn’t say anything and, furthermore, if you include cell phone cameras, virtually everyone had a camera and was taking pictures. When Miller took the stage, I pulled my Canon 30D out of my bag and squeezed off four shots before an oversized security guard stopped me. He wanted to know where my photo pass was. I didn’t have one. I didn’t think I needed one. I wasn’t working for anyone; I was shooting because I take pictures.

My camera is a notch above a consumer model, but it’s not exactly a professional model either. Regardless, after explaining how no one said anything about this policy to me, how it is written nowhere and if I had known I certainly could have obtained a photo pass, the guard told me that if I took my camera out of my bag again he would take it. I put my camera away, but I was not about to leave it at that. Unfortunately, I couldn’t tell you what the next couple of songs were because I was pissed off and trying to figure out who was going to answer for this. My opportunity came when another patron found himself in the same predicament. He was shown to a supervisor and I made my way over there to plead my case as well.

This particular photographer had his press-pass with him (mine is no longer current and I didn’t have it with me anyway), but he, too, was informed that he needed the necessary photo pass to use his “professional” camera. I didn’t see what he was shooting with, but it was also a dSLR, not a point-and-shoot like most everyone else had. When I explained my situation to the supervisor, she informed me that, though not publicized, the lens I was using was not allowed and that I would have to leave. Leave? Things went from bad to worse; then I realized that their concern was the size of my lens. I told her I had a smaller lens and would be happy to switch it out. Bingo. But I did have to check in my “large, professional” lens with guest services. Reluctantly (not because I thought I would need it, but because I was not too keen on leaving my lens with anyone) I handed my lens over to guest services. But I safely retrieved it after the show and the people working in guest services understood my frustration, though they had no control over whatever policy was in effect. It would appear that the score is now photonazis-1, Mike-0, but appearances can be deceiving.

The lens I gave up was a 28-135mm zoom with an aperture range of 3.5 to 5.6. It’s a good lens, but not particularly effective in low light – and the sun was just setting. The “smaller” lens I put on was an 85mm with an aperture of 1.8. It is, in fact, a shorter lens, but in terms of the size of the glass – the determining factor in how much light is let into the camera - this lens is much, much bigger. And it was the lens I planned to switch to once the sun went down. Score change: Photonazis-1, Mike-2. Now I was free to take pictures at will; the jumbo-sized security guard was informed and left me alone. And I got some good shots – several hundred, in fact. Once edited and compiled, there will likely be a good deal more than a handful that are worth keeping – but not worth anything more.

There is no market for Steve Miller concert pictures. Furthermore, a Google search will turn up more than any die-hard Steve Miller fan’s heart could desire. Forgetting about egotistical paranoia for a moment, I’ll concede that Steve Miller has a right to limit or restrict photography, recording or any other use of his likeness, name or image and that the “professional lens” policy is a legitimate way to control such use, but not arbitrarily and not without notification. The policy, as my “small” lens use proves, involves a complex array of parameters not understood by those enforcing it and regarding the total lack of informing the audience of this policy, there is no defense.

I went ahead and edited a few shots for publication here. They are copyrighted – if anyone, especially Steve Miller, wants to use any of them, it will require my permission.

For Steve Miller, that permission is available – at a price. 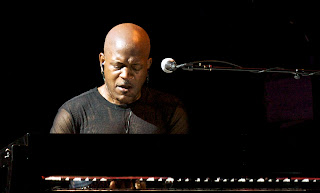 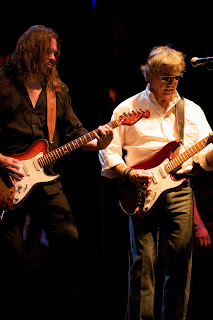 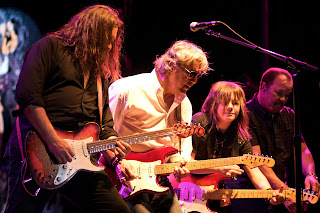 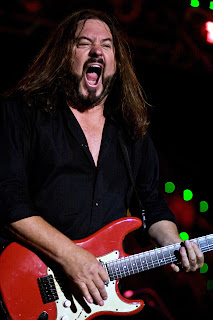 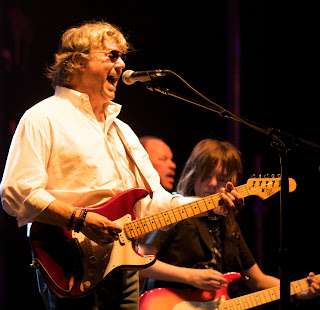 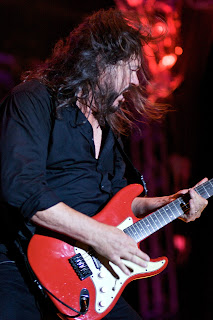 I must say, that's beyond crazy and egotistical. Sorry you had to endure that hassle. I saw Steve Miller a few years back. He puts on a good show. But really--worrying that much about people selling pictures of you for a profit? I wouldn't even be thinking about it if I were in his shoes. I'd just be thinking about putting on a good performance.

Keep on rocking in the free world ...

not sure how to even address this. wow.

Having been away from your blog, I had a good chuckle about the photo natzis. LOL

Great photos by the way!

Its unfortunate that everyone who wants to have a picture has to have permission, in particular when you are paying and it is in the public realm. I had a little trouble with just my dingy photos and now I have to sign them and keep them lock and key. Crazy. I remember when we were able to walk in with cameras and enjoy the music with friends and pics of the band and venue. Not so anymore. Limited to the first 3 songs and in the pit. Not fun. Your pics are great and at least you got those up. Good shots!