Late in the Fouth Quarter

This blog will see it’s 10th anniversary later this year. In the past nine-plus years, I have written far more than I ever did in the previous 40+ combined, and (conservatively) more than half of that was written for no other reason than to write. Although writing became a regular, integral part of my life just a couple of yeas before for the inception of The 25 Year Plan, I did not consider myself a “writer” until about ten years ago. By the time I fully embraced this defining art, this veritable core of my aesthetic essence, I was on a roll. I wrote a lot and the number of entries in my archives over the first couple of years are an indication of just how gung-ho I was. I still enjoy writing immensely, I am improving and while I do not do this type of writing for anyone else, I do appreciate the feedback I receive. I don’t know that my luster has faded, but my output certainly has.

Since sometime in early 2003 and continuing to this day, I have also written quite a lot for others. I have written for money, for class work and as favors for friends. I would say that I love that sort of writing as well, but the truth is that I don’t; I never have. Even when it was for money, a motivation that should be sufficient, I can now say that it is really nothing more than part of the game. That is not to say that I hate it or even dislike it, and in most cases I derived a lot of satisfaction from it, but I am much happier writing for myself and only myself. There are a number of reasons why I do not do this sort of writing as much anymore, the fact that my required writing is much more demanding is only part of it. I think a much bigger part of it is that my overall mood, my general contentedness or my baseline “happiness” is not what it was in those earlier years. The subtitle of this blog, Perspectives, Purpose and Opinion, is an indication of what one will find here. My perspective, while still positive, is now less so, my purpose, while once focused, is now fuzzy and my opinions regarding the outside world are no longer informed enough to document them in sufficient journalistic detail.

I am on the edge of not caring about much of anything anymore.

Disillusionment? Maybe. Disenchantment? Perhaps. Frustration? Likely. Futility? Probably. And all of that applies not to just the sorry state of affairs in the world generally, but it also, especially, applies to my own internal state. It very well could be that my early writing was not so much a reflection of my general content, but rather a cause of it. These internal reflection pieces explore who I am, not to explain myself to others, but to discover more about me. Maybe I gained so much insight in the beginning that I feel I have learned enough? I don’t know, I didn’t explore that facet of myself in writing, so, paradoxically, I have not arrived at “enough.” I suspect I never will. I don’t know about anyone else, if others are constantly fighting to understand themselves and I don’t know if those who appear so confident and self-assured really are. I’m only know that I am not. 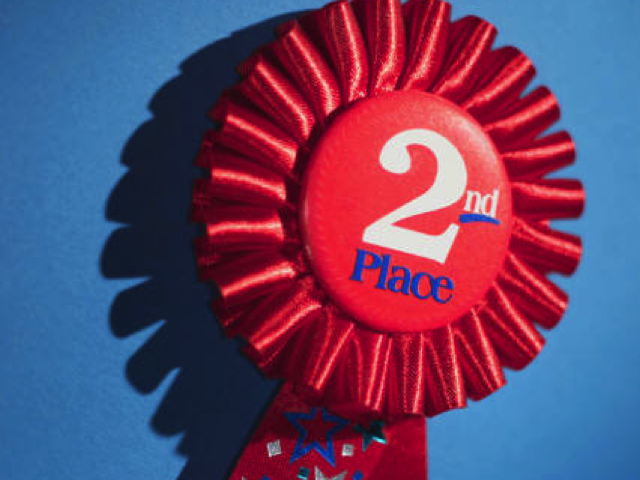 I am staring down the barrel of another monumental failure. I’ve had quite a few in my life including a recent short-lived marriage that was a foreseeable mistake from the start. This particular potential one is professional in nature, is probably tangentially related to the recent turmoil in my personal life, but as far as failures go, it is different. If it goes that way, it only means a failure to complete a journey that was necessarily marked by significant success. Like the team that gets to the Super Bowl, it had to win its conference just to be in the game. However, no member of any team that ever came in second place, especially in a close game, felt like a success. My PhD is a dissertation away, but at the moment it might as well be on another planet. That could (and hopefully will) change, but I am already feeling the sting of second place even though that hasn’t happened yet and despite that fact that the “season” has produced a BA, an MA and, if I fall short on the PhD, a second MA at LSU. Those degrees all spell “success,” but placed in context, it is still second place. I haven’t lost yet, but it’s late in the fourth quarter and I am behind. And if I don’t get the ball back soon, I will not win.
Posted by Michael K. Althouse at 9:07 AM