Today is a defining moment in my life. Today marks the end of my eighth semester at Louisiana State University. Although I will still be enrolled for another two semesters, and while I am still technically a student, I have come to the end of both teaching and taking classes at LSU. I will be enrolled because I still have yet to clear the final hurdle standing between a PhD and me. That is largely due to the fact that I have pissed away the last year doing next to nothing in writing that dissertation. I have researched (not enough), I have consulted (also not enough) and I thought about it (maybe too much), but I have not written anything. And I was about to throw in the towel with a monumental “fuck it.” I changed my mind. I will make the effort and that decision was also a defining moment. In this period of defining moments, there is another big one – soon I will be going back to Sacramento, I will be going home.

The fact of the matter is that a PhD does not do all that much for me professionally. It isn’t worth nothing, and it even has some monetary benefit, but at this point in my life, considering my “non-traditional” status (traditional being a student who is 20 years younger), the doors it would open are logistically closed for me. It helps in some ways, to be sure, depending on which direction I choose to go, but too many of those directions involve sacrifices I am not willing to make. I am not willing to relocate outside of Northern California to where a tenure-track assistant professorship position might be; I am not willing to jump through the significant hoops involved in landing such a position and I do not have enough career years left to climb the ladder even if I was willing to do everything else. 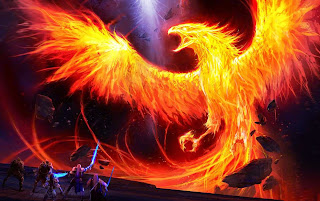 But the PhD has become important to me – again – for the reasons that it should have been all along. It is my personal Mount Everest. It is a challenge I undertook that just 10 years ago wasn’t even a fantasy; it was so far outside the realm of possibility that to even dream of such a trajectory could be considered nothing more than delusional. Yet here I am so close to the top that I can see it. It has not been an easy road. The last 10 to 15 years have seen a complete rebuild of a life I almost completely destroyed. And “completely destroyed" means dead. Starting over doesn’t even begin to describe the journey of where I was to where I am. For me to leave the biggest prize on the table without even reaching out for it is insane.

But even with a PhD, the Phoenix has not finished rising again yet. There is still the little matter of getting a real job. I have been on the periphery of gainful employment since a near fatal wreck in October of 2000. That is not to say I haven’t been working all that time, but much of that work has been on my education. As an undergrad, I worked part-time writing news and full-time on getting excellent grades. As an MA graduate student, I worked as a teaching associate at California State University, Sacramento while I also worked more than full-time earning my MA. As a doctoral student at LSU, I also worked part-time as a TA and much more than full time on my own coursework. A nine to five, 40-hour workweek is not something I would even recognize anymore. There has not been a single moment in my graduate studies when there wasn’t something on my plate, something I could be doing… something I should be doing.

I have spent most of the last four years in Baton Rouge. I have never been that far away from home for that long in my entire 52 years on the planet. Had I logically thought about the practical implications of a doctoral degree, I probably would have decided the effort is not worth the payoff. But there is a payoff that defies logic. Hell, I defy logic. I do and have done lots of things that I probably should not do, but in the grand scheme of things, at least this thing has some merit. And when all is said and done, I will have climbed that mountain. The key, then, is to not fall off it. I don’t know how many flights the Phoenix has left.
Posted by Michael K. Althouse at 9:22 AM