I started writing this blog in December 2005. In fact, my “blogoversary” (don’t judge me, I didn’t coin that term) was on December 18th with “My First Blog Entry – Ever!” That post and these past ten years overall are a time capsule of sorts. This was never intended to be that; it was never intended to be anything, at least not anything I could put my finger on. It was just something I decided to do (that happens a lot in my life – it’s not always a good thing). In rereading that first post, all of my naiveté, my enthusiasm, my not-so-youthful exuberance and my inexperience all shine through. I have written more than 550 original posts since that day – hundreds of thousands of words – and all are part of me. I have written the vast majority of my words in the past 12 years, only some of which are posted in my blog. Much of that work can be found in the various newspapers I once worked for, some in the academic papers I’ve written (some of which were accepted for presentation at regional and national academic conferences), some of my words are hand-written and lost forever and, of course, since Facebook has conquered the world, much can be found there as well. In my second post I revealed why I named this blog “The 25 Year Plan” and why I started it in the first place. I also revealed more about myself and in doing so I set one of the more particular, more defined directions this body of work would take. Reflection.

The subtitle for this blog is “Perspectives, Purpose & Opinion.” While it still is certainly that, it was much more so in the earlier years. In more recent years it is more about my life and what it all means than anything else. To be clear, I’ll write about anything and post it here, but I don’t write just for the sake of writing like I used to. I wasn’t exactly young when I started this and I am ten years older now – my idealism is heavily tempered by realism. Furthermore, the blog forum, or what it once was anyway, has been usurped by more sound-bite sized Facebook posts. I am “accused” of writing too much (or using too many words, or taking too much of others’ time, or whatever…) on Facebook often enough to notice it. But it seems that prior to the globalization of the world through Facebook, the “blogosphere” (again, not my term) was the place to get deep and really think about what our positions are… and why. It was the critical thinker’s version of online discussion and, for the most part, is was also civil. However, I have written blog-sized Facebook posts and I do get a fair number of readers who actually do engage with what I write. Civil discussions often ensue. It is good. But returning to what this blog is about in its current manifestation, I’d say it’s that middle term in the subtext, “purpose.”

The term, “blog,” is actually a consolidation of two words, “web” and “log.” A “log” is an accounting, a record of what has transpired; the term can be captured in a line often heard from Captain James T. Kirk in Star Trek – “Captain’s Log, Stardate 93601.3” A blog, therefore, is an online journal. At least that what they started out as. This one still is and, to a certain extent, is even more so today. That purpose written into the subtitle is most often revealed through reflection and, for me, the best way to access that is by writing. Subsequently and instantly sharing my thoughts with the world through the quasi-magic of the Internet doesn’t change the real magic created by the written words. Like Captain Kirk’s log, my blog (and other writing) tells me where I’ve been and helps me understand what it means. It is about discovering that elusive purpose. 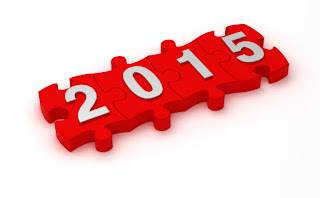 As today is the final day of 2015, it is appropriate to look back over the previous year and give it some context. While I haven’t done a year-end reflection faithfully here, I have, in some way and in some place written something about every year for the past several years. Since I really started to write in mid-2003, my life has been pretty amazing – and amazing is not necessarily amazingly good. It was for a while. For a few years in a row I would write that “This past year has been the best year ever, and next year looks even better.” And then the next year was – until it wasn’t. In my reflection last year, I realized I turned a corner that I predicted would happen a year prior, but that prior year and the one or two before were not good years. The details can be gleaned from my past writings, it serves no purpose to go into it here, but it is worth noting that all the turmoil I either created or walked into (some of both) came… and left. And when it left it left me a little beaten, a little bruised, a little stronger and a whole lot wiser. Did I want to be stronger and wiser? To be perfectly honest, I could have done without the pain and what came from it, but since I cannot go back in time and change anything, at least I did gain some more perspective, some more purpose and formed a number of new opinions. This year started off with some challenges and some new hurdles came along as the year progressed – nothing really new under the sun there – but like 2014 was, and faithful to my prediction that 2015 would be, it has come to pass. This has been a very good year and… 2016 looks like it will be even better.