Another Piece of the Pie

Don McLean's classic, "American Pie," has been the subject of interpretation and reinterpretation since its release almost 45 years ago. Some verses are not very thinly veiled (the "girl who sang the blues" likely refers to Janice Joplin, for example), while others are much more cryptic. McLean himself famously will not reveal what the lyrics meant to him when he wrote them, saying instead that they mean whatever we (the audience) believes they mean. Fair enough, such is art. But the overall theme of the song, especially when taken in context with McLean’s history and other professed beliefs, speaks of a theme we hear a lot of - especially during election time.

The song is a lament, a funeral oration - it is mourning the passing of a happier, purer time. It memorializes the post-war 50s and the "good times" that disappeared in the 60s. The turning point, for McLean, was "the day the music died," but the plane crash that killed Buddy Holly, Ritchie Valens and the Big Bopper is simply a place holder. However, if you weren't male, white and Christian, the 50s were not so great for you. The strides made in the 60s and since, although they came with a great deal of upheaval and even though some things - some would argue some good things - were lost along the way, were absolutely necessary for this nation to live by what its founding documents say. Apparently, by 1971 when “American Pie” was released, McLean (and others) had had enough. Some, like Nixon and his "silent majority," tried to regain what was lost. Others, like McLean, were more realistic. McLean's response was his famous funeral oration. For him, the day the music died was the day America died - at least the Utopian America he believed existed in his youth.

Still, the song does what all good art does - it opens a new perspective. It means different things to different people and what those things are depends significantly on what we experienced in the years of our lives. It places a lens on the past and offers a vision to the future. And that interpretation (if it is really good art) is open to multiple reinterpretations. So it has been for me with "American Pie." While I can certainly see how McLean and others feel as though the idealism so often cast into the 50s was lost to the 60s, it is also worth noting that that Utopian idealism is more fabrication than it is reality. If everything was so great for everyone, the 60s would have looked just like the 50s, and, truth be told, rock would be, in fact, quite dead. By the time 1960 rolled around, the dripping sweet, substance free music was already being panned as vacuous and a passing fad. In the meantime, real serious things were going on in the world.

There are numerous accounts in “American Pie” of musicians who have passed – and prophetically, at least one who would be shot down in his prime in the coming years. Some died due to their own excesses, others for other reasons, but none died from old age. None died a “natural” death (as though any death could be anything but natural). With them and the many other artists of all stripes who have passed since, their talent and their continued work necessarily died with them. And, as these early rockers age, they are beginning to succumb to “old age” as well. But there is something in McLean’s masterpiece that he fails to grip, something that is also true of “American Pie.” The art itself lives on. It is true of “American Pie” already. Those who listen today can find much more recent events to link its metaphors to and, likewise, find within its lyrics an entirely different and, hopefully, more optimistic future ahead. 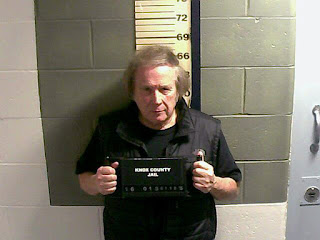 For Mclean, however, it could be that parts of the 50s (and earlier) are not so easily set aside. Although this recent turn of events does not mean, in and of itself, that misogyny is part of what McLean is mourning, it is true that misogyny was but one of the many paradigms the 60s helped to redefine. No, this recent turn of events might not mean anything at all in terms of life then and life now. It could just mean that McLean is an asshole. I guess that is up to us (the audience) to decide that as well.