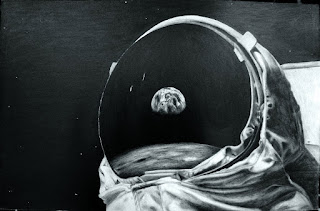 Before Facebook added its “On This Day” feature, indeed, before Facebook was even a thing, I established an online presence through what has become known as the “blogosphere.” A little more than 12 years ago, I created a blog I titled “The 25 Year Plan.” Although this thing called a “blog” (a hybridized word crafted from “web log”) had been around for a few years prior, the blogosphere concept came about while I was actively blogging. It denotes the idea that blogging was a community. It was actually a community of communities, almost like different circles of friends, each with intersections into other circles of friends, but in virtual space.  Through it I established relationships with people, most of whom, to this day, I have never met in person. It was social media, but it had far more depth than the status updates that are the norm for Facebook. My community consisted primarily of people who wrote, at length, about the things that were going on in their real worlds. It was intimate and it was personal.


I started the blog at the suggestion of one of my journalism professors. He used it to keep his writing “fresh” during the breaks in school, between freelance assignments and to be able to say things that would normally not have any other “public” presence. I was writing quite a lot in those days and the idea that staying with it even when I had no deadline, no requirement to fulfill, no other reason to write than the writing itself was appealing to me. On December 18th, 2005, I published my first blog post. It was aptly titled, “My First Blog Entry - Ever!” complete with an unnecessary exclamation point. That month saw three more blog posts and in the following two years I posted well in excess of 100 posts each. I slowed down somewhat for the next three years (80, 75 and 54, respectively) before dropping down to just a handful each year from then until now. There are a number of reasons why, not the least of which is Facebook’s world domination, but I was also writing for newspapers, for my undergrad classes and, when it came to grad school, much longer and far more complex papers, some of which were published at various academic conferences in my discipline, communication studies.


While Facebook, and its more recent feature, “On This Day,” gives us a snapshot at activity years back, it does not provide the same depth that my blog posts do. Even with my abbreviated blog activity (and I used to maintain a few blogs, only “The 25 Year Plan” is still active), I still find myself inspired to write and post my musings here. Of course, I link them to my Facebook “timeline,” and those links also show up in my yearly archives, but the response I receive from them is seriously limited. Facebook is not the place for longer, detailed posts. It could be, perhaps should be, but it is not. The corner of the blogosphere I lived in has largely been abandoned. Most of those I regularly followed are now abandoned or simply no longer there. My blog “community” is a ghost town. Regardless, and even though I am like most writers in that we write to be read, what drives me to write is not the feedback I might or might not receive. It is nice, but not necessary.


Even with my sparse writing for this blog, I usually do manage to write some sort of year-end reflection. Sometimes it falls at or very near year-end, others it occurs near the beginning of the month on or around my birthday. In 2006, I titled that reflection, “The Year in Review.” In just that one year of writing regularly, I was fully involved in a thriving community of writers - not only was I writing and posting, but I was also reading and commenting on many others’ posts. That entry had 24 comments, most of which were also longer than a standard Facebook post. The next year, “Ringing out the old…” I reflected on another good year. On New Year’s Eve, 2008, I wrote a post titled, “1962 to 2008,” in which I attempted to bring my entire existence into some sort of perspective. In 2009, my year-end post, “Still a Seeker,” spoke to the journey I was, by then, well on my way to. Interestingly enough, I never dreamed it would lead me to where I am now. On December 20th, 2010, I was back visiting Truckee, CA, a small mountain town I once lived in for about five years. That post, “Mountain Song,” opened with a decidedly more poetic paragraph that spoke to the nostalgia I was feeling. For some reason, in 2011, I did not write any sort of personal reflection, but I did write about some things going on in the world that directly related to academia, a world that I was very much part of. The next year, 2012, was a strange one, one in which I had way too much personal shit going on in. I must have shut down, as far as writing here goes; it was a year in which this blog saw just six entries. I got married that year and by the time it was over, for all intents and purposes, that marriage was, too.


My post in 2013, “Don’t Let the Door Hit You on the Way Out,” was bitter. It was the year of the fallout. It was not a good year, and I documented what it meant to me. The title of that post was in reference to 2013 - good riddance. In 2014, my post, “Home Again,” was written from a coffee shop near my house. Although it was (and is) still my house, it was not my home. I was living full-time in Baton Rouge trying to finish a PhD at LSU, my house was rented to people I never met. The title was ironic, it was not home anymore. My entry two years ago, “Another Banner Year,” is similar in nature to this one. However, it was the first good year after two exceedingly bad ones (spoiler alert - the years since have also been very good). The last sentence, “This has been a very good year and… 2016 looks like it will be even better,” turned out to be true. Last year, written on the winter solstice was titled, “Winter Solstice.” That post was also a selective chronology of how I got to where I was and the nature of the first word in my blog’s subtitle, “purpose.” It was also the first time I revealed in a very public space that I have been clean from drugs and alcohol for 12 years - I am happy to say that number is now 13 years.


This past year? It was very good. I am in a space now where I feel like I am making a real difference in the world. I am going into the second half of my third year as an adjunct professor of communication studies at California State University, Sacramento - my alma mater. What I did for a part-time job as a graduate student is now what I do all the time. And, once again, I am on winter break. I got past that ill-advised marriage and subsequent divorce and have found a relationship with a girl who is more than I could have hoped for. My immediate family, all things considered, is hanging in there and while there are some things to deal with in the coming months, we will deal with them. The coming year will be filled with challenges, however, there is every reason to be optimistic and, a year from now I hope to be writing, once again, that it was another great year.