“Because you can’t reason people out of positions they didn’t reason themselves into.” 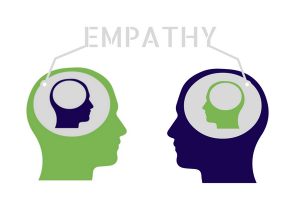 The quote above is from an article recently published in The Medium by Ryan Holiday. In, “It’s Not Enough to Be Right—You Also Have to Be Kind,” Holiday discusses how logic and reason used in an effort to establish “rightness” is not effective in changing many, perhaps most of the views we hold close. I am as guilty of this as anyone; perhaps, due to my formal training as a rhetorician, even more so. I like to win. I am good at putting together evidence to prove that my position - my view - is the correct one. It is often counterproductive. Being right is not always the right thing to be. Being empathetic, however, always is. Empathy is that quality that enables us to not necessarily agree with each other’s views, but to understand them. I can be right and also understand others being right as well.

We establish our world-views from a number of sources. Some values, like the very ideas of what is right and what is wrong, come from a deep-seated, perhaps biological, evolutionary or, if one is so inclined, ethereal place. We seem to have some idea of fairness built-in. Others come from our environments, our parents, our institutions our leaders and our peers. We adhere to the principles embodied by those we respect and admire. It might be a chicken and egg question – do we admire those who embody our values or do we adopt the values of those we admire? It’s probably a little of both, but regardless, those values are deep and not easily changed, even if I have come along and “proved” that there is an inconsistency in them. 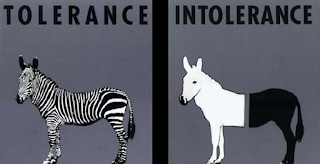 Holiday speaks about both the “political correctness” problem as well as the “anti-intellectual” problem, almost placing them as extremes along the same continuum. What might we call that continuum? Maybe it is the spectrum of tolerance and intolerance, consideration and inconsideration. If so, I would counter that both political correctness and anti-intellectualism can represent the same end of that spectrum – intolerance and inconsideration. However, it is only the extreme manifestations that place them there – political correctness, when exercised with reason and compassion, is tolerance. The same goes for anti-intellectualism. The perception that everyone who has higher levels of formal education are somehow “superior” has spawned a back-lash to that intolerance and inconsideration. However, a certain level of formal education is important, democracy depends upon it. Dismissing it as “elitist,” or unimportant, is equally intolerant. 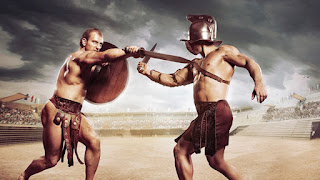 We are seeing an inflexibility, an inability to compromise and nowhere is that more evident than in our governmental institutions. Compromise is viewed as “weak,” giving any ground at all is viewed as a “loss.” Taken to its extreme, no one can win. The competition in the world of ideas, what we should and should not be doing, even down to very personal levels, is turning the deliberative process into a gladiatorial event. Recently, even the death of an opponent has not stopped the fighting.

At a more individual level, nowhere is this more prevalent than in online communication, especially social media and, among that, especially Facebook. There was a time when I relished demolishing trolls. It was sport and I am good at it. But I can safely say that, as right as I was, I didn’t change a single mind. I did not foster any coming together, I did not promote any compromise, I did not “win” any converts. I, like my opponents and too many others, were sucked in by the anonymity and, ironically, the facelessness of Facebook.

The game of life is not adversarial, is not about winning and losing, it is about surviving and improving our collective lot. Doing that requires the one ability that makes humans different from all other living beings – the ability to communicate symbolically and abstractly. That gives us the ability to act cooperatively. That’s what elevated us to the top of the food chain. Nothing we have done to conquer our environment is due to any one person’s individual effort. Without the cooperation that benefits us all, we are just prey.

Human history is rife with us being our own worst enemy. More people have died at the hands of other people than from any other any other living thing – maybe even bacterial and viral epidemics. Yet, despite that, we have conquered the world, we have changed the face of the planet to suit us. For better and for worse, we could only do that together. Evolution gave us this huge brain that has enabled us to do, in a relatively short period of time, what no other animal has. Our demise will not come from the outside, it will come from within. When intolerance becomes the primary value, everyone loses.