In staying committed to my proclamation yesterday, in 24 to 36 hours I will be deactivating my Facebook profile. I am very much looking forward to not having it in my… um, face all the time. While becoming totally free from it is impossible (unless I complete my disengagement with some kind of off-the-grid living – a future goal, to be sure), I will no longer have any direct participation in the platform. It will take a compelling reason to reactivate. There might be reasons to access it momentarily, but even that must be a really good reason. Like smoking just one cigarette, or drinking just one drink, or imbibing in that one anything, it could prove to be “too many.” If that sounds a little like addiction, I’d say there is an element of truth in that. 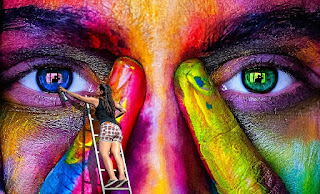 But it is more than just some habit that takes so much of my time. It is how that time is used and what results from it. As I wrote yesterday, the cons are far outweighing the pros – or, in recovery speak, “the party has been over for a long time.” What will I do with all the time I will be saving? This. Exactly this. One of the things I do best and my only artistic talent is the ability to arrange words and punctuation in a way that is more than just communicating, it is pleasing. I posed a question on Facebook yesterday regarding the difference between art and craft. There are many likenesses, but I also believe there are many differences. Among them is that art, at its core, has no other purpose than to be, to stimulate the senses in some profound, compelling way. While it can generate income, income does not define it. While it can be otherwise “useful,” it doesn’t have to be. There is no utilitarianism to art, it just is.

Related to that, I plan to read more – more different (to paraphrase the late, great Steve Jobs). I probably read as much as ever, but most of it is disjointed “sound bites” in the form of “status updates,” memes and headlines. I will credit Facebook for bringing actual news into my newsfeed, but most of it consists of empty calories; I can and do get my news from other sources. These snipes do not add any substance to my life. I want to read and write more deeply, to explore what it means to be human, to add my insights and revelations to that which has already been written, from recently to eons ago. The works do not have to be nonfiction, they can be fiction as well, because life is not contained exclusively within the “real.” 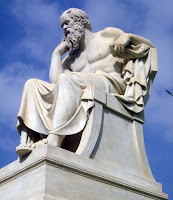 My biggest fear is that I might miss out on some event, some announcement, even birthdays. Where phone numbers were once committed to memory, cell phones have taken that task over. Similarly, other tools, such as Facebook, have become the de facto storage medium for other personal minutia like birthdays. Thousands of years ago, Socrates lamented that the written word and books would lead to a decline in the ability to commit things to memory. He was clearly onto something. His words (ironically, preserved in the writings of Plato) were prophetic, indeed. However, I am faithful that the things I really should know about, the goings-on that affect me and those other tidbits that somehow, magically, managed to circulate before Facebook and the Internet, will find their way to me. 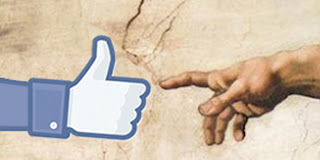 And if I miss something, so be it. The idea that we have to be all things, do all things, be everywhere is relatively new. I cannot be everywhere and do everything, but Facebook brings to my phone or desktop everything, everywhere, all the time. Indeed, the Internet and its favorite son, Facebook, are omniscient, omnipotent and omnipresent. Sound familiar? That sort of deity is one that I always viewed as fantasy, as myth, as dogma and as tradition – never in my mind has it been a real thing. But look at what we’ve created…

I’ve been told that Facebook is merely a tool and as such is morally neutral; it is all a matter of how I use it. But all other tools I have ever used do not have any “brains” behind some curtain. This tool is being directed by humans and whether or not their motives are pure, humans fuck shit up all the time. I submit that this thing has become fucked up. It might work just fine for others, but for me… it really has run its course. Maybe my voice, added to a chorus of others, is marking the downfall for Facebook. I doubt it, but even if that was true, something else would fill that void. I am trying, really hard, to, live a more authentic life. Facebook not only does not require authenticity, too often it is antithetical to it.
Posted by Michael K. Althouse at 11:12 AM