Life in a Bubble

Last November 13th, at about 3:00 p.m., my youngest son, Matthew, was involved in a serious motorcycle accident. The motorists who turned left in front of him was wholly at fault and entirely underinsured, with just minimum liability coverage. His coverage didn’t even put a dent into the financial cost of my son’s injuries, injuries he is still very much being affected by today, months later. In two days he will endure another, hopefully final, operation to repair his left tibia, again. His other injuries, combined with extensive physical therapy ever since, are responding well to the surgeries he had right after the wreck. He has not been able to work and will not be for weeks to come, at least. At just 29 years old, this has been a serious interruption in his life. 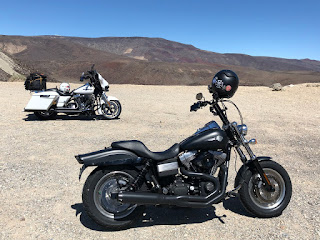 The reality of this is not lost on me or him – he was lucky to survive at all. It was a violent wreck forceful enough to beak every bone in his left leg and his humerus in his right arm. The humerus break also caused some damage to his radial nerve, but even that has been slowly getting better. It is the tibia (which, like his femur, was an open fracture and now has a rod in it) that is not healing correctly or fast enough. The operation is going to, hopefully, get his leg to finally mend. He is ready to put this all behind him, and the chances that he will be able to are still good. We are optimistic.

Riding a motorcycle is dangerous even for the most experienced riders. While Matthew is a good rider and had a great deal of road awareness, his experience is limited. When he approached me about buying a motorcycle, I had some reservations – the same reservations I am sure my own parents have about me riding mine. Although it would be hypocritical not to support him in his decision, that is not why I supported him. I did so because of one simple word: freedom. And in Matt’s case, it’s freedom that he literally fought for while in a Hell-hole called Afghanistan.

Do I feel partially responsible for the situation he now finds himself in? At first, yes – a lot. But that was a knee-jerk reaction. The truth is that I could do little to stop him from riding even if I wanted to. Still, when seeing my son splayed out in a hospital bed, enduring unimaginable pain, it is difficult not to feel somewhat responsible. It was also difficult not to exact retribution from the idiot whose fault this really was, the moron who was, in fact, 100 percent responsible. There is nothing there, financially, and to take it out of his hide would be counter-productive, illegal and only briefly satisfying. 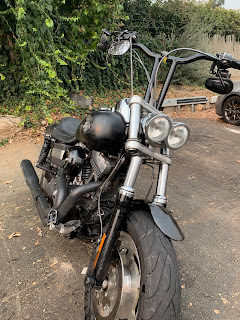 What we are left with is dealing with the unfairness of life. We are not the first nor the last who, through no fault of our own, have consequences that must be dealt with. Again, in the big picture, he is lucky – life could have been significantly more unfair. While the physical rehabilitation is work that no one else can do for him, with the help of an attorney and a pretty good social safety net through MediCal and the VA, Matt will not fall into crushing debt.

He is nowhere near a decision regarding whether he will ride again when he is able, or at some point down the road. He’s pretty sure he will at least go back to his roots – dirt and off-road riding – when he is able, but street riding is, appropriately, a big question mark. Me? I still ride, but not the same way I used to. I was averaging about 20,000 miles per year before he wrecked. I rode everywhere, all the time. My motorcycle was my primary means of transportation, it was my “daily driver.” I rarely ever commute on my bike anymore. That’s what he was doing when he wrecked – nothing out of the ordinary, he was just going home from work, like any other day. I still ride a lot of miles, but now it is primarily for recreation, not utility.

Although I have had a couple of relatively minor wrecks, this time, despite it not being my wreck, it came much too close to home. Every time I throw a leg over my bike, I think about the very real risks like I haven’t in a long time. It doesn’t make me more vigilant, I am already über-careful, but it is always on my mind. Even with my experience, considerably more than Matt’s, I am very conscious that some idiot behind the wheel of a car can surprise me. In other words, I am not exempt, it could happen to me.

On the other side of the equation lies actually living life. Risk of all kinds exists on a continuum. Being more or less careful, limiting one’s exposure can move the level of risk one way or the other, but no matter how careful one is, there is no “zero-risk” place on the scale. How much we are willing to expose ourselves to is a personal matter and should not be limited by laws or regulations unless my risk exposure affects someone else’s. Lot’s of things in life are dangerous – life itself is a crap-shoot. By limiting how I live it based on someone else’s aversion to that risk is not living. Freedom is not easy and it is not always “safe.” But living life in a bubble is not living – it’s dying a slow death.
Posted by Michael K. Althouse at 12:38 PM