Self-promotion, Ego and the Interwebs

This essay will probably go largely unnoticed, unread and will ultimately be forgotten. It will fade into obscurity not because it is poorly written, not because it is not relevant, and not because it is not insightful; I’ve been doing this a long time, that combined with perhaps more than my share of experience packed into my 56-plus years gives me the confidence that this essay is all of those things. While there are a number of reasons why good writing, relevant thoughts and insightful prose slip through the cracks, one of the more prominent is dilution. The Internet has provided, but it has provided way too much.

Through technology generally and the Internet specifically, now all people can be all things. Photographers used to have to know a little something about how exposure and shutter speed and many other factors including how different film made different images – and that’s to say nothing of the magic that happens in the darkroom. Filmmakers – same thing. And writers, too. All of the arts have been enhanced by technology to the point that the artists need not be talented. The means to produce it and consume it is, literally, at our fingertips. Fifteen minutes of fame? Warhol had no idea… It used to require more than just “followers” to get exposure, an artist had to have actual customers of some sort. And to get there, it took a little luck, a lot of dedication and it took skill.

There’s a lot of really good art floating around on the interwebs. We have access to more truly good art than we ever have. Ever. In the entire history of humans, our collective creative output has never been greater or more available. There is no filter, however, and a lot of shit comes with the gold. True, there are some places where we can count on a certain level of quality – we still have legitimate publications that do not publish bullshit, but there are enough either look-alike “quasi-legitimate” publications and/or a general lack of discernment regarding what is real and what is not that even those once clear waters are now muddy.

This essay will appear on “The 25 Year Plan,” a blog I created way back in late 2005. I don’t have many “subscribers” or regular readers. I have never been “popular” in Internet terms. Even on Facebook, I only have just north of 2,000 “friends.” I will also publish this on an online publication called “The Medium.” I found it when Jeff Bezos published his confessional in response to the attempted blackmailing by David Pecker and The National Enquirer. As fascinating as all that story was (and, forgetting the infidelity that got him into that pickle, can I just say how much I admire Bezos for firing back as he did?), when I dug just a little deeper, I found gold. A lot of it. Maybe too much.

To that, I am adding this. It will likely not receive even the very modest attention I sometimes get for one reason: I will not link this to Facebook. Facebook and I have been having issues for quite some time now. I even canned it for a few weeks recently. I brought it back for reasons which I’ve already hashed and rehashed, but the bottom line is that Facebook has made itself necessary. It is not life-and-death necessary, but there are connections that I value housed within the platform that are either impossible or not easily replicated elsewhere. For the past few days, I have gone on a “post strike.” It was not intentional at first, but it is now. This might be that happy medium I was looking for.

Of course there is a downside. Since my Facebook profile has more “followers” (euphemistically, “friends”) than I have anywhere else, I will lose that exposure. Why not just post links to my writing and forget the rest? Because it feels dirty. Not in a dishonest or cheating way, but in a “like” groveling way. Self-promotion always runs the risk as coming across as pandering, and often it is. I don’t want “clicks” just because a friend sees that I published something and thinks, “That’s my friend, Mike. I’m going to click ‘like’ to show my support.” Even if that friend actually reads it, I’m not doing it to collect “likes.” Or am I? And maybe that’s where all this is going. Maybe the war I am fighting is against an enemy as old as we are. That enemy is ego. 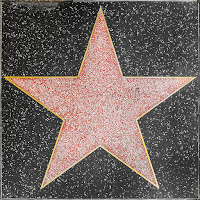 I write for a number of reasons, one of which is simple enough – I am good at it. I, like anyone else who practices his or her craft, get pleasure from the production of that craft. But I would be disingenuous if I said I don’t care if anyone else finds it as compelling, as beautiful, as thought-provoking, as interesting as I do. I do care. I want others to read what I write and find something in it that is at least worth the time spent engaging with it. Like any other artist does. But that isn’t the be-all, end-all. It can’t be. If it was, I would have quit a long time ago. Something else calls me to it and whether or not anyone else ever sees it, it is worth my time. My ego tells me to promote the hell out of it, but something else is fighting that.

Maybe it’s a sense of confidence. Maybe I have been around long enough, been through enough shit, hit the restart button so many times that I do not need or crave external validation. And I think “need” is the key word here. I don’t need it, although it “feels good” when I get it. I do want it, but I want it organically. I don’t like where the social media and virtual reality is going. It’s a place where being famous is reason enough to be famous. I don’t want fame, I want to understand and be understood. To that end, I write. Even if no one ever reads anything ever again, I would continue to write. At the very least, it interests me.