Prior to a near-death experience that was probably closer to actual death than it was near, my life was a series of seemingly random occurrences. I thought myself in control, I wanted to believe that I was going somewhere, the reality was that I was adrift. I had no direction and very little control. That experience, now almost 20 years ago, was the beginning of the end, but the beginning of the beginning would not really take place for another three or four years. But that was the first domino.

There are a couple of concepts that sort of described what has transpired since. One is what is sometimes referred to as the “butterfly effect.” Essentially, the idea is that something as small as the flap of a butterfly’s wings on the other side of the world will disturb the air is such a way that the disturbance – and just that disturbance – will start a causal chain that results in virtually everything else that happens from that point forward. Of course, taken to an absurd extreme, everything is the result of the first flap of the first butterfly’s wings, but the broader point is much simpler. Little things done now can have profound and unknowable effects much later. The other is serendipity, which is defined as, “the occurrence and development of events by chance in a happy or beneficial way.” While the butterfly effect has no positive or negative valence, serendipity necessarily does.

That near-death experience was the very large flap of a very large butterfly’s wings and the things that have been presented to me since, the opportunities, the ways in which I have approached life and the paths that have appeared before me have proven serendipitous, indeed. This is not some new revelation, I have experienced profound moments of gratitude and equally profound realizations of the presence of serendipity in my life many times over the past many years. It is upon me again, but this time is not a moment of rejoice, but one of sorrow. It is a time for gratitude, for sure, but also one of loss and in some respects, regret. However, if not for that first domino falling and certain events unfolding as they did starting nearly 20 years ago, I would not be writing this today, even if I had survived.

Without writing a book-length memoir that accounts for the unlikely path that led from there to here, part of that journey included a return to school as a “nontraditional” student.” Nontraditional in this context is commonly translated as old – old compared to the average college age student. In my case that was well into middle age, well after screwing up my actual college age years and making a mess of much of my life in the years following that failed attempt at college. It was not as though I never experience success; I did, but it was always fleeting and never with any solid plans or goals. It was incidental success, accidental success or, perhaps, opportunistic success. It was the kind of life that might have predicted the end that almost happened. 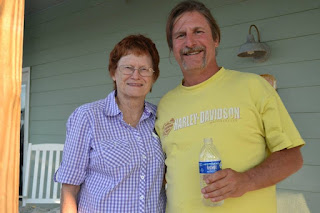 The path that took place after almost cashing it all in led me through a bachelor’s degree and a master’s degree at California State University, Sacramento before I continued on to a Ph.D. program. I applied to a number of schools all over the country, among them was Louisiana State University in Baton Rouge. Two schools accepted my application, one was, serendipitously, LSU. Why serendipity? Because I have not just connections in Louisiana, I have family. Blood family. My mom’s sister, my Aunt Nancy, my cousins and other direct family all live nearby. While I had never been to Baton Rouge prior to visiting LSU before accepting my invitation to study there, I visited family in Southern Louisiana and Mississippi many times over the years since I was a child. While not close on an “everyday” basis, they were still very close and the “home base” that I had there, generations in the making, made my relocation much easier.

But it was far more than that. Sure, the practical implications of a middle-aged grad student having a complex, fully integrated family support system in place was an advantage that certainly made the transition smoother. Anything that removes external stresses could only be beneficial to my studies. It doesn’t take a great deal of intuitive power to see that. But the 2,000-plus miles between our homes meant that, aside from some holidays and other “special occasions,” we really didn’t spend a lot of time together. My living less than an hour north for the better part of four years eliminated that distance both physically and personally. It was so close, in fact, that I often took it for granted. No longer was it a major event to visit my Louisiana kinfolk, I could go just anytime. And although I did, in retrospect, I didn’t often enough.

I entered LSU in the fall of 2011. That year, before I knew I would be attending LSU, my Uncle Sonny, Aunt Nancy’s husband, passed suddenly. His memorial was one of those “special occasions,” though that word, “special,” feels somewhat dubious. However, as it was a celebration of his life, for a memorial it was pretty special. He and my aunt were married for almost 60 years. Yesterday, after a relatively short battle, my aunt followed him. From the fall of August of 2011 until May of 2015, I spent much, much more time in Louisiana than I did in California. The vacuum left by Uncle Sonny’s passing was still very real, but Aunt Nancy’s strength was the stuff of legend and, truth be told, I needed that, even if I didn’t know it or would never admit it. There were times, many times, when we would find ourselves, just her and I, alone just chatting about this and that – important stuff, trivial stuff, family stuff from an entirely different perspective – just stuff, and sometimes an hour or more will have passed in the blink of an eye. Although I built new closeness to my cousins and other relatives there, too, it was with Aunt Nancy I grew closest to. With my own mother, her sister, so far away, she was that to me, too.

I realize that I said a whole lot about me before I got to her, but this isn’t meant to be a memorial. I could not do it justice, anyway. One of my cousins will do that much better than I ever could, and rightfully so. This is more a reflection on the little things in life and how important those forks in the road can be, many miles and many years later. While I regret not taking the opportunity to visit more often when I could have, I am forever grateful for the time we had. My aunt was more help to me than she knew, more help than I knew, especially considering so much more that was going on that I didn’t write about here. I will truly, truly miss her.

As I was perusing my Facebook memories today, pictures of Mardi Gras popped up. Prior to LSU, I’d been to a few, but while at LSU, I felt more part of it than ever before. But those memories, while nice, are not unexpected or particularly profound. One, however, was; it was a comment from her on one of my posts. She was more a Facebook “stalker” than a participant, so her commenting is kind of a big deal, that it would pop up today, two years ago one day after she passed, is… touching, in a way I can’t describe. It reads: “I have no comment on the content of your post, but I see genes appearing. Grandad would be proud of you. There's nothing like a good argument to keep life interesting. Good job.”