Today is the first day of Spring Break, 2020. It’s a little cloudy outside, about 63 degrees at 1:00 p.m. – that’s about as warm as it’s going to get. There is no rain forecasted and the weather is going to gradually warm all week to the 80’s by this weekend. It is perfect motorcycle riding weather and ideal for what I had planned this week – a five to seven day solo ride throughout California and possibly neighboring Arizona, Nevada and Oregon. My “plan” was to stay on the road all week and travel 2,000 to 3,000 miles with no destination, direction or itinerary – just ride. I am also part of the “Tour of Honor” for the first time this year and I wanted to try to visit some of the tour stops once they were released on April 1st. They are still being released, but they aren’t being scored in “lockdown” states, rightfully so, and, because I live in California, anything more than a day ride is out of the question anyway. 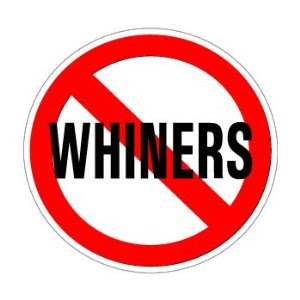 So, yes, boo-fucking-hoo, poor me, cry in my beer, I don’t get to do what I want to do. Those who know me know I am not a whiner. There are too many good reasons for that, not the least of which is that is doesn’t do any good – whining has never made a bad situation better. Never. But beyond that, in this case, what is there to whine about? It’s not as though my life-long dream has been snatched out from under me, never to be had again. I’ve ridden. A lot. A long way. Many miles. Many days. Many times. It’s no accident, I’ve done that because I really like doing it, but not being able to this one time isn’t the end of the world. I have a much, much bigger ride planned for mid-July to mid-August that is a “bucket-list” ride for me, a coast-to-coast, border-to-border month-long, 10,000-plus mile odyssey that, even if this initial crisis has crested, will in all likelihood become just another two-week ride to Sturgis and back. Say it fast and that sounds like a chore - just another…

So many people are being affected by this in ways I cannot even imagine, ways that they will not easily, if ever recover from. And that is to say nothing about the people who have perished or the people who will – a number that is still rising alarmingly fast. I wonder how many people were complaining about being inconvenienced during World War II, when day-to-day staples were rationed in a nationwide effort to win a war. I wonder if anyone was worried about their vacation plans in 1942 when Germany occupied most of Europe and Japan was a constant threat in the Pacific. While there were some detractors and naysayers, the vast majority of this nation banded together in a common effort to defeat a common threat. We were not a nation of whiners.

And despite the commotion coming from a vocal minority, we still are not. Though it took a little time for the skepticism to fade, by the time the crisis became real, most of us became real along with it. There is an undertone of that grit that defined this country during World War II, a grit that resurfaced, for a while, right after the attacks of 9/11, and it is getting louder. We aren’t fucking whiners. We, most of us, do what we have to do and we do it without bitching about it. It is getting louder and it is getting stronger. In The Lord of the Rings – The Two Towers, after Gandalf frees Théodin from Saruman’s spell, he tells a weakened Théodin, “Your fingers would remember their old strength better — if they grasped your sword.”

The Lord of the Rings is, of course, the age-old tale of good, against all odds, conquering evil, of bravery and sacrifice, of character and soul, of heroism. These are the themes that are beginning to emerge. This pandemic has shocked us into action the likes of which we haven’t seen before. We have been entirely too comfortable. We are awakening from a long, dark and deep sleep. We have grasped our swords, we are remembering that we are strong. We can do this. We are not fucking whiners.