Today is Thursday, August 6th, 2020. Exactly 16 years ago today I was preparing to turn myself in to the authorities at the Wayne Brown Correctional Facility – the Nevada County jail. I was sentenced to 60 days on a probation violation – with “good behavior” I would be released in 40 days. A week later I was to turn myself in to the Calaveras County jail on a 90 day sentence for the offense that got me violated in Nevada county. With good time, I would be out in 60 days; since that jail was overcrowded, I was out in eight – the only “good luck” I had probably that entire year. Those crimes and all other legal trouble (beyond simple traffic infractions) were directly or indirectly related to my inability to “control” my use of alcohol and other drugs. “Control” is a relative term, but in my case, they were the common denominator in most of the problems that plagued every area of my life for, roughly, 25 years. 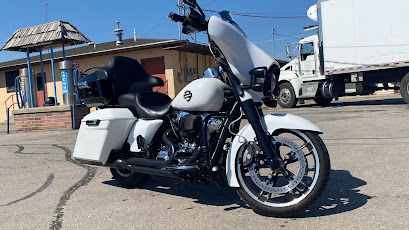 This day, 16 years ago, I did not drink or use any drugs. That was not my intent, but my life at that point was such a train-wreck that I could not even hustle up one joint. I suppose I could have managed to scrounge up enough for a six-pack of beer, but that wasn’t going to do it for me and I knew it. Why bother? I went to jail “clean and sober” that day and, as history has played out, I have not found it necessary to chemically alter my consciousness since. That does not mean I have not wanted to. Many times, particularly those first few months after being released from jail, I wanted to. I wanted to escape the wreckage and the pain I caused, but the upside was not what it once was and the downside was a promise from the judge that my next home would not be a county jail, but a state prison.

And yet, that in and of itself would not have been enough in the long term. Even in the relatively short term, my default “Fuck this!” would have prevailed if not for the help and support of a “recovery community.” Recovery from addiction, whether it be drugs, the drug alcohol, or other destructive obsessive-compulsive behaviors (gambling, food, sex… the list goes on) defies “will power.” Indeed, my problem was not a lack of will – I went to extraordinary lengths to get what I wanted when I wanted it. This thing, whatever one wants to call it - and I am purposefully avoiding the “disease” terminology, it is not necessary for the general public or even those afflicted to accept that – is a real thing, whatever it is and where ever it came from. It’s been around forever and we have, for better or worse, a great deal of experience with it. Through that experience, some remarkably effective treatments, paths to recovery, have been discovered. There is no “one-size-fits-all,” but this communal aspect seems to be the common denominator among them – whether it’s a 12-step program modeled after Alcoholics Anonymous or some other method, the self-help, we’re all in this together, mutual support is the corner stone of them all. 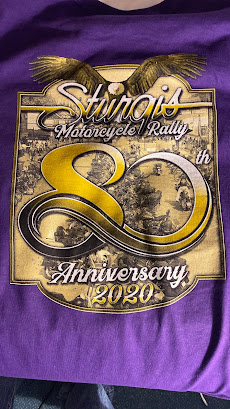 And so it is with me. My story, the one that today celebrates not just 16 years of total abstinence, but also all of the success that comes with it, does not happen without a lot of help from a lot of people who are doing the same thing and, crucially, many who have been in my shoes, who have walked my path before I have. While all of our stories are unique (that is true of everyone – we all have a unique human experience), much or the nuance, the feeling, the hopelessness and the hope, are shared. I want to be absolutely clear – I could not have managed anything close to my 5,844 consecutive days of abstinence if not for those who supported me and showed me the way. And that ability and willingness to ask for and rely on the help of others (grudgingly, at first) has been pivotal in my success beyond recovery from addiction, too. That success includes earning not one, not two, but three degrees from legitimate, accredited universities and through that work, the career I am honored beyond belief to have been graced with – teaching at one of those universities. I have relationships that have an authenticity that I only had with a very small handful of friends prior – and those relationships have grown even deeper. But most importantly, I have mended and continue to mend my relationships with my immediate family, especially my three sons. That is, by far, my most cherished gift from this new life.

I was a bull in a china shop until, almost, my 42nd birthday. Although for much of that time I was what some might call a “functioning addict,” that is a euphemism and much too generous. I did parts of being a grown-up, but I was never the total package. I was present for my boys, we did stuff, they might even tell of many of the good time we had – and we did do stuff, and we did have good times – but at what price? I put them through too much, and this despite the absolute fact that my love for them is greater than any love I have for anyone or anything else. Period. Full stop. I am not special, this is not unique, most parents could and would make the same claim. Yet, the drugs were more powerful. That is not a fact that is easy to admit, but it was the truth and, if I allowed them back into my life, could easily be again. Pass. Hard pass. So, with all this under my belt, all these days, these years of experience, I should be good to go, cured, as it were. I got the help I needed, got my life together, now it’s time to move on.

I have been tempted to see it that way, many times over the years. And, with the recovery community disrupted by COVID, like everything else, it has been trying for any “fellowship” to actually fellowship. Because, we do like to get together. A lot. In my case, it’s not such a disruption, however, the temptation to put everything that worked aside is one that I still need to resist for a couple of reasons. First, I have seen what happens to some people who leave, some with more time than I have, thinking they “got this” only to come crawling back with their asses kicked once again. I am not one of those people who thinks that everyone who ventures out of whatever program they recovered in will relapse – in fact, I know that is not true – but many do and the potential is there. It would be foolish not to at least consider it. The other reason actually has more impact for me, and that is to be that person with some time and success to show someone who is struggling to get clean and/or sober that it can be done and, if asked, to help in more tangible ways. It was done for me and I can’t do that if I’m not around.

But… I also don’t have to maintain a daily presence - and I don’t. There are many who have made the recovery life their life, and it that works for them, I am in their corner. However, as I mentioned above, one size does not fit all. There is a part of the path, a process of discovery that parallels the self-discovery process that will, if we pay attention, provide indicators regarding how much is enough. I don’t know what is “right” for anyone else. Hell, half the time I am trying to figure out what is right for me. I guide, never dictate. I wish, sometimes, others were not so damned sure what the “answer” is all the time. How the fuck do they know? Tell me what worked for you, not what will work for me. I am - we are smart enough to see good examples and follow them. And, hopefully, we are smart enough to see good examples of bad examples and steer clear.

I have made a few mistakes in the last 16 years, and some have been pretty monumental, but none of them have taken me back to where I came from. In fact, in the longer-term retrospect, they weren’t really all that bad anyway – nothing like the ones I made prior, one of which, almost 20 years ago, should have killed me. That was the beginning of the end, and a story for another time, but even with that near-death experience, even for a so-called “smart-guy,” I went back to what almost killed me. The life or death aspect of this pair of milestones is never lost of me. That I get to sit here, outside my hotel in Sturgis, SD, watching the world go by while attending the Black Hills Motorcycle Classic, in the middle of a global pandemic, celebrating this anniversary here for the seventh year in a row is a gift. And I don’t ever take it lightly.