Six day ago, I posted a quote from ski film maker/documentarian Warren Miller to my “timeline” on Facebook.  It was, in true Miller fashion, clever, sarcastic and said more about a lot of shit than a paragraph or more ever could. Two days before that, I posted a screenshot of my last text message and a memory of my last conversation with one of my closest friends – ever – Art Werstler. It was one year ago, but he did not pass until September, however, COVID incapacitated him to the point that he was unable to communicated much, and then, only at the end, with his family. I also added on some thoughts regarding the medium I referred to as “Fakebook,” a much more fitting name for this platform that makes distortions of reality so common it appears normal – that distorted reality actually is reality.
Since posting that Warren Miller quote (don’t worry, I didn’t forget – I’ll get to it), I have not interacted with Fakebook via my own timeline/profile/page/whatever except to post links to stuff I’ve published elsewhere – stuff like this – usually to my spot in the online magazine, The Medium. But it could also come from my personal blog and I could, in the future, post other creative works using other media, such as video, as well. The key distinction is that nothing is being produced for Fakebook (the Miller quote was, despite it being properly attributed and clearly not my words, it was placed on my timeline – only). Although I have interacted with the few commenters from those two posts, I am still on the fence about whether I will continue to do so. At the moment, there are very few; this is no surprise considering the average Fakebook user’s attention span is less than a paragraph, never mind five or more woven together in a well-spun tapestry. However, I’d prefer that those “conversations” occur in the areas provided in the original publications.
That quote? I posted it because I found it smart, clever, witty, and everything I said about it above. I figured my Facebook “friends” would see it and find the same in it that I did. And for some, I knew it would have a time-delayed element, that it would hit them a second, a few seconds or even moments later. And, the truth? I wanted that to be a reflection on me. I post the smart shit, I make those bold statements on society and the particular topic of this quote – sincerity – is one I’ve spoken about many times before. Posting the quote from an icon of the stature of Warren Miller validates me and my position on it. That quote is, “The secret to being a good [ski] instructor is sincerity. Once you can fake that, you’ve got it made” (Miller, 1982). The paradox of faking sincerity is, of course, what sends this quote into the stratosphere, but it begs the question: Why did I feel compelled to post it, especially after I “swore off” Fakebook?
It’s a good question and one that I didn’t really consider until recently. As it turns out, in light of the conflicts I was having with Fakebook, the post felt rather empty. It became a microcosm of so much of what I would put out into the Fakebook “environsphere.” It was almost, but not exactly, a passive-aggressive declaration of who-I-am. And while it is certainly true that I am partly about what that quote denotes, at least as far as I perceive it, there is so much more to me than that. I realize that I could be over-analyzing myself (not that I ever do that…), but the mindlessness of the things we place into the world simply because we can, sans any kind of reflection as to why, could be a big part of what makes Fakebook fake.
The two things that have appeared on my timeline since are like this – much more detailed, explorative, nuanced and rich. They require more than two seconds to consume and will only be consumed by those who are truly interested. They are not “drive-by” posts on someone’s news feed and, when they do generate comments, those comments are typically not of the drive-by variety, either. For those who want to come to my “home” on Facebook to see what I am up to, they will no longer find the Reader’s Digest version of me, but, rather, if interested enough, they will find some reading to do. If you want to know who-I-am, it will require the commitment to find out. Unfortunately, the quickie Fakebook post standard has been pretty well established, I do not expect many to make the effort. But that is not my concern – my concern is authenticity. And… sincerity, not faking it. 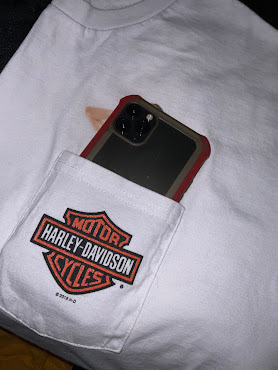 I have not completely extracted myself from other aspects of the Fakebook ecosphere. I still read other’s posts, I still comment from time-to-time, I still administer a couple of interest groups and participate in several others and I still own my page, ShirtPocket Productions (and its version on Instagram - @shirtpocket_productions and YouTube - ShirtPocket Productions). All of those things have some value to me, but not in the creation or maintenance of some online or real persona – a distinction that Facebook has blurred to be almost one and the same. Perhaps, through my alter-ego plural first-person “good folks” at ShirtPocket Productions, I do speak in an institutional, almost Warren Miller-esque voice. As “the good folks,” I do play around with persona alteration, however, I am clear that they and I are all me and that “we” are about getting out into the world and doing things – or, as the good folks at SPP say, “Go out and do shit!”
Since leaving the inane shit off my Fakebook timeline, my writing output immediately increased. It seems I need a creative outlet, but Fakebook was the junk food equivalent substitution for nutritionally balanced meals. I wrote a lot of longer, original posts for Facebook, but, with rare exception, they were short by literary standards, but still long by Fakebook standards a very unhappy medium. This is the third substantive work I’ve written in the last week, an output in frequency the likes of which I haven’t seen since I began using Facebook regularly many years ago. Coincidence? Partly, maybe; I’m sure there are other factors at play, but the evidence that posting stupid, fast (even if they were “important”) things to Facebook seemed to satisfy any desire to do the real work it takes to do this. And this is who-I-am.
Posted by Michael K. Althouse at 12:04 PM