The Eric Rood Administrative Center is the main government building complex for Nevada County, a rural county in the Sierra foothills just east of Sacramento, California. There are two main buildings – one holds all of the main county governmental machinery and the other is the Wayne Brown Correctional Facility (WBCF) – the Nevada County jail. Yesterday, the 30th Annual Nevada County Toy Run once again attracted in the neighborhood of 1,000 motorcycles with various toys lashed to them. They were all gathered in the parking lot outside of the jail for their annual pilgrimage to the fairgrounds. For 30 years, the toy run has provided toys, clothes and food to the less fortunate residents of Nevada and Placer counties. For me, it is also sort of a homecoming. 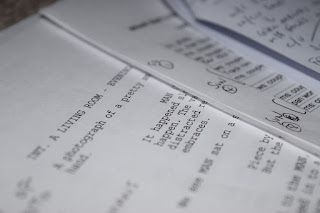 In the summer of 2002 and again in 2004, the WBCF was my home for a while. For 78 days in the summer of 2002, I would pay my debt to society and, because I am not very good at following directions, I returned for another 40 days on August 6th of 2004. In 2002, although it was not my first time in jail, it was my first extended sentence; it was more than just a day or two, or four or five – it was weeks. I was tired, I was becoming compliant, I experienced some moments of what we call “surrender,” but I was still fighting, still a “victim,” and still way smarter than virtually everyone else. And I had my rights, dammit! I was convicted of a non-violent felony (since then, after a few years, reduced to a misdemeanor) and sentenced to the relatively cushy trustee “N Section” of the jail. I felt I could improve upon my situation and worked myself right into the much less cushy general population “A-pod,” where I served out most of my sentence.

Every year that I ride in the toy run – and on the other occasions I happen to be on my bike at or around WBCF (it’s located right on CA-49 near CA-20 in Nevada City, an absolutely beautiful place to ride a motorcycle) – it takes me back to a little rectangular window on the second floor, right on the corner of the jail, in A-pod. That was my cell. I used to stare out that window and watch the Harleys and other motorcycles riding up Highway 49, pissed off, at first, but eventually just sad. Sad because at some point while I was there I had an epiphany. One day – and I will never forget it – I realized why I was there. It was not because of the cops, or the judge, or my idiot “friends,” or my parents or anyone else. It was because of me. It was like lightning struck me. That day, I stopped fighting.

Until I got out. I was going to follow the script. I had every intention of cleaning up, of getting into a 12-step program, of following through with the second part of my sentence – three months of residential treatment – and starting a new, drug-free life. But withing six hours I was right back where I was when I went in, and I had no ability to turn it off. It’s not the first time I was going to “quit” and meant it. It’s not the first time that I connected the dots, saw where they led and said to myself, “enough!” I’ve had these “moments of clarity” before – and as recently as less than two years previously when my behavior almost killed me.

A little more than 21 years ago, on October 17th, 2000, I was living the life of a “non-conformist,” of a “renegade,” of a “freedom-loving American,” or whatever other euphemism I would come up with to defend my “right” to put whatever drugs into my body I saw fit. I would say things like it no one else’s business, that the only person I’m harming is myself (and I didn’t believe I was, anyway) and that if it bothers you, that’s your problem, not mine. I bought into all of that bullshit in order to do what I wanted to do, when I wanted to do it. That morning, due to the drugs I was consuming, I fell asleep at the wheel while driving my then 13- year-old son to school. I drifted into the oncoming lane and hit an approaching logging truck almost head-on. My son escape major physical injuries (however, non-physical injuries are serious, too), as did the logging truck driver, but my injuries damned near killed me.

I don’t remember almost all of it, and what I do remember is seriously clouded by shock, pain medication and a medically induced coma. I “woke up” five weeks later. Within a day or two, by the time the fog cleared, I knew exactly what happened. I knew this wasn’t a “close-call,” it wasn’t a “near-miss,” this was a direct hit and, of all the times in my life that I “could have died,” this time I should have. They thought I would. They didn’t think I was going to make it. And I knew why, even though it was determined that “drugs and alcohol were not a factor,” (I have no idea how or why, but that’s what the police report said).

I’m not stupid. I almost killed myself, I could have killed my kid. I put my parents and everyone else who cared about me though literal hell. It was everyone else’s business. I was never going to do that again. But I did, not long after I got out of the hospital three months later – still with metal and tubes sticking out of me. I rationalized that now that I knew what could happen, I could prevent catastrophe, but that was yet another lie. Law enforcement came into my life in a big way and by 2002, I found myself looking out that little window longing to be part of that world, wishing I could have followed the script that would get me there.

I finally got into residential treatment in March of 2003 and stayed for six months. I gained a lot of clarity, participated in 12-step recovery, tried to work with the “god” thing – something that took a lot of work, because there is no old man with a beard living in the sky in my world. But there was a path around it. In the fall of 2003 I returned to school and thrived like never before. The success I had there was a two-edged sword, however. It bred an arrogance that would soon be dealt with at the end of 2003 with a relapse, a probation violation in 2004 and a return to WBCF on August 6th, 2004. Since that day, I have not found it necessary to use any drugs or alcohol. I have found that following that script is working for me.

But it wasn’t easy. And it wasn’t just the drugs. I had to swallow years and years of pride, a world-view that had me at its center without a concern about how my actions affect others. I had to take all of that back – in a very real, personal and direct way. Do I follow all of the rules? That’s not a simple question. There are rules and then there are rules. Some conventions I do not follow – but they do not affect others. My tattoos, my long hair do not. That really is your problem, not mine. My motorcycles? That’s a much tougher question. If I were to be seriously injured or killed on my bike, that would absolutely affect those I care about – those who love me. But that is a little different, the same can be said for simply walking out my front door – it is a dangerous world. Drugs, at least those that defy “recreational use,” have no redeeming features – they lead to destruction, despair, dereliction and, often, death. The script I have followed for the past 17-plus years absolutely, 100 percent prevents all of that. It has a proven track record.