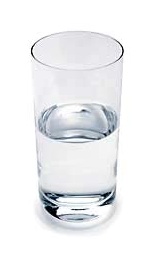 Acceptance: Just three little syllables that mean so much. Although it is more often associated with getting through difficult times, it has been the case for me recently that I have not accepted the easier times as well. Not just merely being complacent or of its more extreme cousin- arrogant, but almost a boredom with the good times. There was an eerily haunting, backhanded urge to stir something up – to expedite anything because I could not accept the peace that I had worked so hard for. The very same peace that I for so long envied in others was now mine, and it wasn’t enough.

Lack of acceptance – patience – humility – gratitude – all that and more. I had not forgotten how it was or how far I have come, but I was beginning to forget how long - how long it was and how long it took. I was starting to internalize external problems. Why? Perhaps because I did not have any real problems of my own. It has been an ongoing part of my life that nothing worth anything lasts for very long. It was, I am beginning to finally realize, a prophecy I personally fulfilled.

This time I didn’t go there, however, I did take a long hard look in that direction. I’d like to say that, realizing I was turning down a spiritual dead-end, I took action to avert disaster, but that is not exactly the case. I did take action – months ago. The things that I started doing even when I didn’t need to, had become habits. Habits, being habitual in nature, are often performed automatically. These habits include the very things I need to do to add the necessary two or three drops of water back into the glass to make it again half-full.
Posted by Michael K. Althouse at 5:12 PM

Keep the positive thoughts coming my friend, because as I have noticed lately.....life is all about perception. A positive outlook changes things....and I send you all the positive vibes I can for you to continually see a half-full glass :)

Attitude is everything. At least its a major influcening factor.

As Barbara says, attitude is everything. I think that's very true. Sometimes that's a saying that's dismissed as trite, but the older I get the more I see it proven time and time again.

Man, do I ever get what you're saying!

I think that was a contributing factor to my mid-mid-life crisis a year ago. My life was just too - normal! Now, I'd give anything to have that back. I guess it's a good think that I'm young enough to try again and old enough to know that I should!

To play devil's advocate, peace IS boring. Struggle lends itself to growth.

I've noticed you go towards confrontation. It's a quality that will be great when you're writing for media. I will be watching for your stories with interest. Go forth, young padawan. ;)

Personally I enjoy the peaceful moments.... I've had enough confrontations and drama to know that silence has a soothing voice of it's own.

Here's to always filled glasses... and may your cup runneth over.

I am soooo there with you my man! I am slowly learning to enjoy the rewards of all my years of hard work. Sometimes it feels as if I am stagnating, it's so easy, so boring. The trick is to enjoy the here and now while looking out for the next big adventure. So I'm ever watchful for new challenges, while I sit with a nice drink and my feet propped up on the porch railing. ;-)

Have a great weekend!

To all: I have been negligent in my obligation of responding to comments. I am trying to be more timely... if you commented on my last post, I have posted my response.

oilf ~ so true. Being positive has changed my life -- thanks for the vibes and back atcha!

barbara ~ a positive attitude is the only way to go.

saur ~ indeed, I prove it to myself over and over again.

jinsane ~ Ya, normal is highly underrated!

lacey ~ I believe that comfort and peace are not interchangable AND that for peace to grow with us, confrontation is unavoidable.

ellen ~ thank you. To partially contradict what I said to lacey, the moments of silence are precious. I just don't believe they are necessarily sustainable. Perhaps though, managable.

VV ~ funny you should say that, for at this very moment, my feet are planted not on the porch railing, but its indoor equivalent, the coffee table!