I quit smoking a couple of weeks ago. It’s not the first time; I hope it’s the last. Mark Twain said of smoking and quitting, “Giving up smoking is the easiest thing in the world. I know because I've done it thousands of times.” It’s staying quit that has been my problem. And at two weeks, it is a constant battle – rationalizing away these two weeks and picking up a cigarette is like an internal tug-o-war with the little angel on one shoulder and the devil on the other.

I have not enjoyed my “ritual smokes” for a very long time. Of course, it goes without saying how I feel about all the many smokes in between those ritual ones. Yet, after two weeks, a cigarette sure sounds good. And I’ll be honest here, I’m not too sure I’ll make it – again. If true, I also know that the first smoke will deliver everything promised by that little devil. I also know that the little angel is right too. It will lead to the point where I wish I didn’t smoke again and I won’t be able to quit. 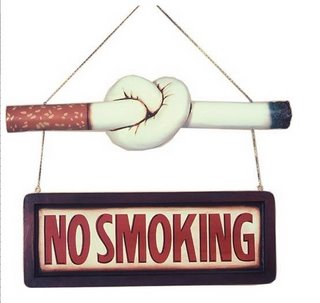 Quitting, as Mr. Twain explains, is quite easy. Technically, I quit every time I snuff one out, unless I’m chain smoking (I don’t). However, for me there are periodic windows of opportunity. One key ingredient has to be a mental willingness – being so profoundly disgusted with smoking (again) to the point that I can say “no” for a period of time and stick with it. A couple of other things need to happen around the same time, but the willingness has to be there.

One is too many. If I decide to have “just one,” I know (and the little angel is nodding in agreement) that how ever much I mean it, it won’t happen. Experience tells me that within 24 hours I will have purchased a pack and be right back where I was before I quit. Knowing this is not, however, a sufficient defense. As the midnight hour approaches, it appears as though I’ll make it through another day. Tomorrow morning I’ll recommit and hope for the willingness and the strength to make it through another day/hour/minute.

I am, in some respects, past the most difficult part. The physical withdrawal symptoms are over and have been for about a week. My normal sleep pattern is returning and my moodiness is substantially less pronounced. I don’t need a cigarette to relieve any particular withdrawal symptom. Yet at the same time this is the most difficult part. It is the time where the habitual nature of smoking is trying to find an outlet… and there is none. I’ve been down this road before. 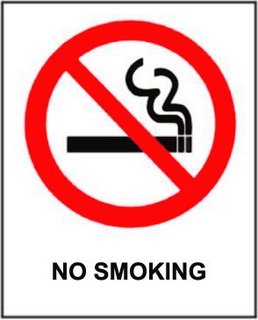 Over the years I, like Mark Twain, have quit on a number of occasions, lasting anywhere from a few days to two or three years. In the last 18 months, this is the fifth time – the longest period being almost two months. The shear number of attempts is encouraging but I feel that I am at a crossroads in that I need to make it work this time. I don’t - and the little angel will not abandon me if I pick up again.

They say it takes nineteen days to make or break a habit. Hang in there dude, and stay strong.

Take it moment to moment.

With you every step, and stumble of the way!!

Mike, Why do you want to quit? Is it because of health reasons, cost, or just that it's a bad habit or???

You can do this if you really want to but all of us ex-smokers can empathize -it's a bitch tyring to quit!

I probably quit about 20 times too. I finally quit for good when I got pregnant.

Then after 11 years of not smoking, I started again and smoked for 2 years. That was three years ago. I FINALLY think I have lost the desire. Ok. It wasn't three years ago...the last one I had was in October. I do have the ability to pick up a pack smoke it over a week and then not buy another pack for a few months. I smoke Sherman's so I justify it by saying they are "all natural".

Good luck, man. I don't have personal experience with smoking but my cousin claimed that giving up smoking was tougher for her than giving up cocane.

yippie for you! quitting cigs is very difficult. you just need to find a substitute oral fixation. smooching should do the trick. ;-)

Here is hoping that today is just as smoke free for you...Take it one day at a time...

Good for you! I do not understand what it's like to give up smoking but I do know breaking habits, well, it's hard.

Good luck and I will be sending positive thoughts your way each day!

glibbidy ~ Thank you, and welcome to my blog!

bfc ~ Thank you for your support. It sure brings back the once very familiar feelings of powerlessness. Thanks for lending me some of your power!

barbara ~ I want to quit for all the standard reasons... but the main reason is that I simply don't like the idea of inhaling smoke into my lugs anymore and that I am being forced to do so by nicotine. There is no good reason to smoke.

doug bagley ~ I've heard that too. I sure wouldn't argue against it. Welcome to my blog!

mckay ~ thanks... anyone in particular??

bfc ~ thanks for checking in. so far, so good.

Good for you! I am a smoker and have never been to the point of being "willing" to quit, which is why I've never tried.

I do have those moments where I light one up and look at like, "I don't even want this!"

Hopefully, I will get to where you are soon and quit this awful habit!

I'm very interested in your progress, please keep me posted!