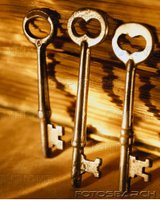 I had a midterm this morning. Just five or six weeks into the semester and up pops a midterm. How rude! I wasn’t ready for it, it snuck up on me and besides… it’s not time for midterms yet, dammit!

But it wasn’t a surprise. In fact, the professor warned us that it was early and to be ready for it. He did this on the first day of class five or six weeks ago. Ever since then, he has been reminding us every week. I knew it was coming; I knew when, and because he provided a study guide – I knew what. There was ample time to prepare and I spent that time – on other things.

No worries, I know how to cram and in all fairness, when I’m in class, paying attention, taking notes and asking questions, I am in a state of perpetual readiness. I have done these things and my “base” knowledge is good, but in this class it’s not enough. So for the last few days I’ve been doing the reading I didn’t do and answering the study guide questions… mostly.

Finally, last night I seriously buckled down. It wasn’t “too little, too late,” it was more like “too late to do too much.” I got a lot done and I think I can safely say I passed, although I couldn’t even guess as to what my grade will be. That is, by the way, a frightening statement – I usually know if I nailed it or failed it. Anyway, I had time this morning for a quick cram session. All would be well.

When it came time to go out the door, I couldn’t find my damned keys anywhere. I usually leave them in one of three or four places and fully expected to find them in one of the afore mentioned locales. Nada, nothing, nowhere to be found. Panic sets in slowly but increases exponentially as I begin to wonder just how I am going to get to school. No problem you say? Just get your spare set and be on you way. Well, in theory –

You see, between my son and I, we have managed to lose all but the spare keys. For the last several weeks at least, I have been meaning to get more keys made, but I either was too lazy, too busy or maybe I felt the lost keys would somehow turn up (I know they are here – they have to be). The lone keys to my car and my truck were on that ring. Now I’m yelling at the kid when all he’s trying to do is help… “They’re not there, I already looked there!” and the dogs when all they want is some love…

Kid and dogs however, are smart. They know when the gettin’ is good. That leaves me all by myself with the insanity of the disappearing keys. With no other real option except missing the test, I change gears and get my Harley out of the garage. It is time for a solution and tearing up my house when I have to be at school is not a good one. Riding my bike in rush hour traffic down U.S. 50 to get to school is not my idea of fun, but in this case it was a necessary evil.

So I made it in time – not with the study time I planned for, but in time not to be late. I took the test – dunno how I did. I will be prepared next time – know that. I got home in the early afternoon – called AAA and found that their service was not only inconvenient, but the most expensive option, even after their $100 is taken into consideration. I called my son and sheepishly asked him for a ride to the Toyota dealer to get another key. Done. Now I have wheels, but it’s too late to go to work. I settle down into my office at home and move a couple pieces of paper.

That’s right! Bingo, there they are.

Then it’s off to the hardware store for – you guessed it – spare keys!

The moral of this story? A lesson learned sometimes means experiencing the consequences before the knowledge is put into practical use.

Knowledge? I know I need spare keys.
Consequence? Losing them when I need them - desparately.
Pactice? Get the new keys made not now, but right now!
Posted by Michael K. Althouse at 11:12 PM

Wow, there's misadventure I don't envy... n have done only once this year on the way in. At least you had an alternate mode of transport, which is fortunate-
Other late work occassions I had were directly blamed on Mechanical mal-functions, for which keyes don't help! Then there's my classic, locking the keyes inside away from home-base... (where the spares are)!
Now my keyes are kept in one place only at home n on my person, n I make sure my hand is holding the keyes before closing the locked door- even if it slows me down.
I've paid AAA enough already, n no longer subscribe. Are you aware they're only good for 4 tows per year? I've used mine up before!
Better luck next time, hope ya passed- n Look-out, here comes a Fri the 13th...

WE are down to one set.....the spare and have been living precariously for months now. Must put that on the list of things to do this weekend and get another set made up.

There's nothing worse than the feeling of anxiety just before an exam or a presentation or, or, or.... You think you have control over the "juggling act" and then one ball throws all into chaos. Hope you were able to clear you head enough to have nailed the exam.

ok and another tip... break the bank and make the spare to at least the house in a wild color so you ALWAYS know which one is which! I finally did this and when giving spares out EVERYONE knows which one is mine now! It saves soooooooooooooooo much time and energy!

BTW, I think you are a really good writer. I appreciate your sensitivity and technical nature in writing. There are some people here that are just too technical to hold my interest and others that are too colorful and non-traditional in nature (much like I write...---...) I thought I would mention it... but dont go and get a big ole head or anything now!! *wink

now..I promise to do something about all these...I will close this bloggy' surfing I'm doing and concentrate on my work..yees..I will..I will....

I've done this more times than I can count. It is a perpetual problem with me, and one that I finally resolved to make sure it never happens again. I made a spare set of keys and put them in one of those key holders that attaches to the outside of my vehicle under a wheel cover that has some nice strong metal for securement.

One day (while on a catering, as usual) I got into my Explorer, started it, and noticed that one of my doors wasn't quite shut all the way. Getting out to shut the door, my door slammed shut behind me. Not so bad, huh? Well, the only problem with my vehicle is that it has an automatic lock system as soon as the key is turned over. Now I'm standing outside in the freezing cold, stranded, with the car running, and me locked out. Guess where my cell phone was? Inside the car, listening to tunes and keeping nice and warm. I waited a few hours for someone to rescue me.
The very next day, I went over to the hardware store and had several sets made up.

After that, I did have another instance where I got to my destination and left the keys in the car by "mistake" again.... but after a jog to the memory, I remembered where the key was hidden, and didn't have to call anybody. Oh the embarrassment, as distress calls from me mean only that I've done something silly again.

Hope the midterm mark makes up for the hectic morning. This will be a story you can sit back and laugh about for years to come. I still laugh at mine.

I have been told to leave my keys in the same place every time I come home... trouble is, I always forget to do that! Ha!

i'm really behind on my blog reading!

oy. keys. they're so little and when lost they sure can raise everyone's adrenalin levels...dogs, kids and parent/students..talk about fight or flight!

my favorite lost key story: i was working for a bank and the bank key was on my chain. i lost my keys. couldn't find them anywhere. it was as if they had disappeared into thin air. they had to re-key the bank and reissue keys to all the employees. not a good thing for career advancement. months later i found the keys in the bottom of my two year old daughter's toy chest.