I received an email from my father that contained a link to a 2004 lecture by Dan Gilbert, Harvard Professor of Psychology and author of the New York Times 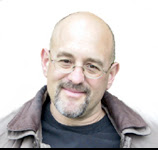 bestseller, Stumbling on Happiness. I knew nothing about Gilbert before viewing this 22-minute lecture, but I get what he was saying. I’ve lived it; I plan to read his book. However, my purpose here is not to sell his book or his theory to anyone (I don’t think he needs my help), but rather to reflect - again - on what happiness is to me.

Perhaps it’s easier to start with what happiness is not. It’s not wealth or, more simply, money. I have had (past tense) many dollars at my disposal - it didn’t make me happy. Although I have never been “independently wealthy,” I have traveled down that road far enough to know that it is not, in and of itself, the key to happiness. Furthermore, I have heard enough stories of those who have come into large sums of money - inherited, won and even earned - and it has served to complicate their lives to the point of misery.

Fame, like wealth, does not appear to be the magic formula either. The list of tragedy is endless. Marilyn Monroe, Hunter S. Thompson, James Dean and countless others whose fame made them so damn happy it proved fatal. And power in all its various manifestations does not appear to guarantee happiness either. With great power comes great responsibility and that often brings a great deal of stress. Often the expectations are so exceedingly tall that failure becomes the only option.

Yet for a very long time I felt that one or any combination of these things would make me happy. Indeed, my happiness was totally dependant on external conditions. Certainly these conditions could be created and often they just happen, but unless realized somehow, I could not be happy. It's how I’m built - or so I thought. Until very recently and for well over 40 years of my life, sustained happiness had eluded me. I thought I was somehow cursed or at the very least, defective.

For the past two plus years, I have not had a bad day. Not one. I have been happy. I’m not totally sure why, though I have some pretty good ideas. It would appear that in my quest for happiness, I have indeed stumbled onto happiness. In his lecture, Gilbert presents a number of statistics from studies that show how happiness can be “manufactured,” that we as humans are the only species that can rationalize happiness. And… we can rationalize it away as well.

My happiness comes from the inside - truly. It comes from a sense of accomplishment and usefulness. I am happy because of the things I do; I don’t do them to be happy. There is a huge difference. I’ve written about sincerity before and I believe one’s motives play a significant role. I could do all the things to get the stuff that I used to think would make me happy. Indeed, I did do many of those things - but my motives were to get to the end, to grab the brass ring and be done; to only focus on the external condition no matter what it took to get there - so long as it did not require too much effort. There was no sincerity.

Some say that charitable acts are all based in selfishness. People are selfless only because of the return or benefit they gain from it. Inasmuch as this return takes the form of tax shelters or write-offs or profits of some kind, perhaps it is so. Give a little, save a lot. But when the pay-off is solely the positive feeling it gives the giver for helping out his fellow man - is that still selfish? It’s the ultimate trump for those who say there is no true charity. They say there is always a carrot, that nobody does anything unless there is something in it for them. This is a cheap argument, and not fair. It discounts the sincerity - sincerity that must be present for the happiness to come.

I cannot do anything beneficial for others or myself simply because I know I’ll get the “feel-good” or any other kind of payoff. I can’t, in part, because I know I won’t. Insincere motives cheapen the whole affair. It nullifies the payoff before it even has a chance to happen. Even the term "payoff" smacks of insincerity. Any positive benefit is superficial and fleeting at best. It only mimics happiness. The true happiness is a bonus, a side effect if you will. It can’t be planned for or expected, but can be counted on all the same. It is a paradigm that works like nothing else ever has. It’s like magic.
Posted by Michael K. Althouse at 11:38 PM

I think you have to walk through the valley of youth and up to middle age mountain before you can experience what happiness is. Experience is the key, as well as the rocky road that will get you there. Everything before that is a fleeting moment; things change constantly, and dodging curveballs (or lobbing them back) becomes a special skill you learn along the way. It's how you react and deal with life without losing your soul in the process, that makes the path clearer.

Money helps at times, no doubt, but the people you meet along the way ARE your wealth. There is certain peace and comfort in friendships leaving you with a happiness that comes deep from the soul. Money can't buy that.

My Dad used to always say he was a wealthy man... and it was not due to his sagging bank account; rather from the people he met, learned from, and drew friendships with. It helped him that he passed on those values to his children, making him the richest man in the world..... and personally for me: a happy Ellen.

I love your writing. Happiness is a subject near and dear to my heart. I relied on other people for my happiness for years, until they all let me down...then I realized that it had to come from me :) I am doing things that I have always dreamed of doing but let other people hold me back. The sense of accomplishment from dreams fulfilled is not to be taken lightly :)
I have a "50 before 50" list of things that I want to do and see in the next 15 years. Some of them are tiny, some of them huge, all of them accomplishments that I'd take pride in :)

This was incredibly powerful. Indeed, I have struggled with many of the questions you present -- particularly with respect to people doing charitable things to feel, well, charitable. And I know people like that -- people that do wonderful things, then tell everyone the wonderful things they did.

However, I truly believe that the other people exist, particularly because I'm related to one such person.

Thanks for making me think today.

It is the stumbling on happiness feeling I have after spending time writing something I'm proud of....that sense of accomplishment when the words just flow right out of my fingertips that has me itching to write more.......

It is such a tremendous rush....one I wasn't expecting when my "writing tap" turned on again about a year and a half ago.........

For me, I believe that happpiness lies when I am resting in God's will for my life. Outside that plan I have felt a lot of pain, confusion and frustration. Someone told me it is about "letting go and letting God"...and it looks different for everyone.

and..winning the lottery if eveeer....( eyes roling here..)...or accidentaly picking up a satchel of millions may bring a splurge of glee...THat however is nOt yet happy...

Happy'..real happy'...doesn't go away when something goes awefully wrong..Or when the color of your shirt don't match with with your bag ( eh'..some ladies I know think everything should match....like there was this time I stood in the middle of a crowd like these wearing a lavander shirt - with yellow daisies- when they were all in browns nd creams and blacks...hee!hee!..)

it's resilience..a strength that manifests from - like what you said - within...

some people choose to sorrow in age and circumstance...those in the know about the value of life..well..they skip hop..even without a left foot..or both..(?)..

Thanks, ya got me really thinking! It's been tought to do for me this week!
Also, I'm gonna look up this dude's pep talk- cause sometimes I can use one!

Money is not happiness, but it sure takes the stress off of struggling...

When I had bux, I shared quite a bit with the struggling folks. It's surprizing how people get suspicious of alterior motives or refuse help despite desparately needing it, even when you're just looking for the "feel-good" high, n to lessen the guilt of "having enough" while the neighbors have no heat n are losing the house.

I have a good buddy who does the "positive outlook" self-programing motovation thing all the time- It can be a usefull tool-
However, I have alot of trouble ignoring what I percieve to be the honest depressing truth at times.

My happiness is taken in n appreciated only by the moment ...

hope all is well, and thanks again for your kind contacts over the crazy season

You wrote "...It comes from a sense of accomplishment and usefulness. I am happy because of the things I do; I don’t do them to be happy."

I think this statement is spot on... but I also think one has to try to be happy.


Welp you can always go with...
"You will never be happier than you expect. To change your happiness, change your expectation."
Bette Davis

I have no interest in fame but I'd not say "no" to large sums of money. Nobody's offering tho.

Good luck in your quest for happiness, Mike. I seem to recall something about the pursuit thereof in the Constitution.

I like to use the word "contentment" rather than happiness. We can be content with our lot anytime, but we cannot always be happy. True contentment comes from feeling love and support and being needed - not from money or fame.

Yo that post all I have to say is wow ;)

Amen, mon ami. Simplicity is the way to go. We seem to twist ourselves into little balls of stress and failure when we strive to have it all.

I love the basic pleasure of sitting quietly by the water, drinking in the experience and feeling thankful that I was able to have a little bit of time to enjoy it.

Hey there. Michele sent me, but I've been meaning to come and visit for a week now so I am glad that I got in line behind you!

Thank you for your comments on my plan to start freelance writing. The fact that you moved from corporate america to freelancing makes me want to hear your story. I am loving hearing how others did this!

And this post, on your happiness, also is quite encourageing to me - especially in light of your comments to me that security comes from the nib of my pen (or, in my case, the tips of my fingers on the keyboard).

I hope to speak with you further and learn more about your transition. Yes, you're right. I am scared - but I am also excited.

That's a fascinating TED lecture. It's no wonder you found it so inspiring and thought-provoking.