I have recently had occasion to give some thought to drinking alcohol… and driving. Although the specific inspiration regarding this analysis is not important, the conclusions drawn are decidedly so. This is not meant to be yet another account of the dangers of drunk driving, those are already well documented. And it is not a call for increasing the punishment meted out for offenders – first time or repeat. It is rather a proposal that might actually reduce the frequency of drunk driving and, therefore, reduce the carnage and incarceration spawned from a provision in the current law that actually encourages those who drink to get behind the wheel. 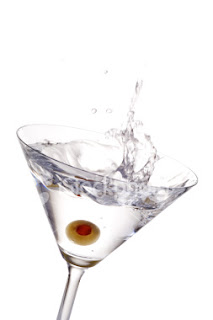 Although drunk driving is a criminal offense, the vast majority of offenders are not “criminal” in any other sense. Many, when arrested, cannot believe that they are over the legal limit. It is this “legal” limit that is the problem. I am certainly not advocating raising the limit, but rather eliminating it. That is, the legal limit should be zero percent for everyone – not just commercial drivers, not just those under 21, but everyone. By allowing some alcohol consumption, the law essentially states: “this much is okay, but not this much.” Of course I realize that in California, like many other states, the parallel laws of driving under the influence and operating a vehicle with a blood alcohol percentage over the legal limit exist, but the emphasis is always on that “legal” limit and the vast majority of convictions are based on that standard of evidence.

The law, in effect, asks a non-expert to make an expert decision: “Have I had too much?” Even an expert on the effects of alcohol, however, cannot competently make that determination after having had just one drink. The first thing alcohol affects, well before the motor centers of the brain and also well before the legal limit has been reached, is judgment. The ability to make any rational decision is affected right when the most important decision must be made – how much is too much? Although a recent campaign informing drivers that “buzzed driving is drunk driving” has highlighted the fact that one need not be “drunk” to suffer the very real effects of alcohol, it is still within the context of the “legal” limit – again asking drivers who have already consumed alcohol to determine not whether they are “drunk,” but now if they are “buzzed,” as a buzz can be over the limit.

A blood alcohol percentage of .08, the legal limit in California and in many other states, is not very drunk, a fact this recent campaign wishes to make clear. But according to Virginia Tech, a BAC of .01 to .06 already has affected one’s thought, judgment, coordination and concentration – and this person is to decide where on the scale he or she is? There is a much better way to make this determination… anything more than zero is too much. And if that were the law, many of those who ordinarily would attempt to decide if they were okay to drive would have much less to base that decision on: one drink is too many – easy. Those who have chosen unwisely because they truly believed it was okay based on the law that says some alcohol is allowed - those otherwise law abiding citizens - would abide by this "zero percent" law, too.

But the DUI business is big. Not only does the state and local municipalities make a killing in fines, so too does the legal industry that supports it. If some large percentage of those who believed they were sober enough to drive had a framework that told them in no uncertain terms that they were not, the bureaucracy would dry up virtually overnight. The criminal justice caseload would shrink dramatically and although DUI incarcerations are generally short-term, there are literally thousands of them filling up county jails, to say nothing of those on work-projects and serving community service hours. And the recovery industry could concentrate on the true alcoholics and drug addicts, not the many sent to them due to a moment of alcohol induced and legally encouraged poor judgment.

The special interests are very interested in keeping the limit just high enough to keep well meaning motorists mildly intoxicated. In addition to those associated with the industries already mentioned, let us not forget about the liquor lobby - where one drink can never, ever be too many. Unlike so many complex reforms our incredibly dysfunctional state government claims to be working on, the solution to this one can be implemented quickly and pay almost immediate dividends – the most precious of which would be the of saving lives.

I like your site and the music is really good too!

But, what I am really commenting on is your article. I agree with you one hundred percent. I'd never heard this before, but it makes so much sense, I can't believe I haven't.

I am not much of a drinker, but I remember one time when I lived down the street from my brother. We had been drinking some wine and as I walked home I wondered what I would have done if I had had to drive. I felt like I was okay, but when I walked in my front door, I felt a little nausseous. I made myself a grilled cheese sandwich and left it on the footstool all night because I went to bed and forgot to eat it. Obviously shouldn't have been driving and obviously might have made the mistake of doing so, had I had my car.

Anyway, thanks for your articles. I often enjoy them. Gramma A

I agree wholeheartedly, beyond the fact that the limit is really a "shot in the dark" considering the effect of alcohol is different with everyone. Simply eliminate the limit and define DUI as it should be - under the influence regardless of amount.

I prefer living within a quarter mile of my favorite bar. (Stumbling distance! Not that I've ever been that inebriated.)

Also, NetChick is to blame for my presence. Hallo!

hey, drop by my new place www.kimewilliams.com/blog and click around some...