Words, for me, are powerful. They are not just powerful in what they do, have done and are capable of doing, but they are also my power. Putting words together with punctuation in a way that makes sense is art. There is beauty in writing such that words can be assembled in near infinite ways that mean essentially the same thing, but those that are beautifully arranged carry much greater impact. And in the big picture of writing, while this craft is the one that picked me, the one I hold some talent for, my ability falls woefully short when compared to the great writers of our time and throughout history. However, I read recently that it does not do to aspire to be the next great Hemmingway, or Maugham, or even Shakespeare, but rather I should aspire to be the first great me. Of course, actions still speak louder than words and what people do say more about their character than what they say, but history shows in ways both great and small that it is often words that inspire people to act – and they often inspire them to greater versions of themselves than they thought possible. I know from personal experience it is true for me. I have been inspired into action by the words of others. 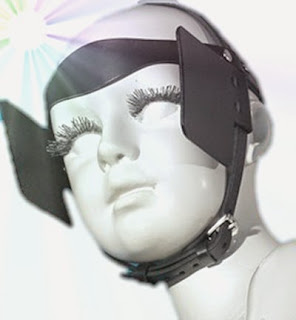 It is a double-edged sword, however. This “gift,” this super-power, my very strength can also be my downfall, my greatest weakness. Some of that is a necessary evil, a curse, if you will, that with art there will be some who view those versed in that art with disdain. That exists, and it might even be truer of the “academic” arts, but it’s not the norm. The larger problem comes from within; it comes from me. It is also a problem that mirrors denial – part of the problem is a blindness that says there isn’t a problem. And it’s not that my writing isn’t thoughtful, it’s not that there is not an inherent truth in everything I write, but like any other art, it is very reflective of where my mind is at the time the work is produced, and depending on the type of writing it is, the oversight process varies from extensive to none at all. My Facebook posts tend to be extremely temporal, they are produced on the fly with not a lot of scrutiny – in a way they are the most truthful in terms of my psyche in the given moment. The essays I write for The 25 Year Plan are, by their very nature, more scrutinized; they are intended to be more detailed and as such I review them and edit them and, often, soften them – to a point. But, like my Facebook posts, they are more reflective of my internal state than the professional or academic work I produce. I believe that, by and large, the best art is spawned from trouble, it reflects the universals of the human condition as portrayed in specific and individual life experiences. I have had some of those, and I have written about them.

Up to about three or four years ago, the general theme in my personal essays (most of which can be found in my archives here), was positive. While they document certain life experiences I’ve had, for the most part those experiences are of a redemptive nature. Even when I’ve struggled, I found a way through it and came away with some nugget, something that added to my life in a meaningful way. Beginning sometime in late 2011 or early 2012 that optimism started to fade. Although I held onto it for most of 2012, by early 2013 I had life experiences I wouldn’t wish on anyone. My writing started to take a darker turn. It wasn’t any less artistic, and what I wrote about was absolutely real, truthful and as universally indicative of the human condition as can be, but that darkness enveloped all areas of my life to one degree or another. The one that came home to roost is this apparent need to condemn not only those who crossed me, but also others who, in my view, acted in certain ways that were less than honorable. I transferred my indignation for a very limited few onto many others – usually namelessly and in abstraction, but nonetheless I entered a period of justification and condemnation.

Perhaps if I call it what most others do, it would make more sense. I tend to stay away from the word “judgment” because it is more ambiguous than condemnation. But for the purposes of this, and very much in keeping with one of the more common connotations of the word, “judgment” is appropriate. And even in making this qualification, it could be viewed as arrogance that, up until very recently, I did not feel I deserved. But I’ll just go on the record and call it what it is – judgment. And through my justification I was blind to it. I can be assertive, I can even be direct and sometimes I can be an asshole, but when I am those things as a result of looking down on another person because of that person’s behavior, I am in judgment. While I never claimed to be perfect, I would insinuate that because I never did “that” or because I have “progressed” beyond doing it anymore, I am better. I don’t consciously believe I am better than anyone else, but for certain “anyone elses,” because they did certain things to me I that I felt I would never do... yes, I went there. The problem is that, while I have a right to hold certain opinions about those who did directly and intentionally harm me, I expanded that to those who did not. And while it is obvious in hindsight, I didn’t know I was doing it at the time.

And here is the really fucked up part. I do not truly believe that I am a better human being than anyone else. While I do certain things better than others and others do certain things better than me, and I have behaviors that could be viewed as more honorable and some that can be viewed as less so, too often I still come up short by my own assessment. And I am certainly as subject to being (and have been) judged as anyone else. It does not mean I have to appreciate those who entered my world and fucked it up, it does not mean I have to trust them, but it also does not mean that those things done - be it to me or anyone else - make anyone necessarily a “bad” person. Bad to me? Sure. But just bad? That’s not for me to decide. Really. If others were to apply the same standards to me as I have to others, even though they would have to pick a different poison because my terms do not apply to me (that’s what makes judgment possible), there are terms available that do apply. And, truth be told, I often judge myself negatively against those applicable standards, too.

This entire revelation has been as enlightening as it has been painful. With the clarity of hindsight, I can see the effects. I have pushed some people away. Also, because of this ability to use words so effectively, I might have made it extremely difficult for anyone to approach me and say anything about it. I’d surely have a well-articulated justification for my view. While my self-righteousness might have been a defense mechanism (and, in certain isolated cases, justified), it is no longer serving me. Although I do not excuse the indiscretions done to me, I am in a place where those acts can no longer justify my arrogance. They say “hurt people hurt people,” but I didn’t see what I was doing as that. I see it now and, fortunately, this curse I have been gifted with works equally well to make me a better person today – compared only to who I was yesterday.
Posted by Michael K. Althouse at 8:22 AM