I used to write this sort of writing a lot. Not once a week, not twice a week, but more like every two or three days, on average. Furthermore, I was doing it when I also had quite a lot of other writing to do – first (and continuously) for school projects that became increasingly more complex as I moved from undergraduate to graduate study. But I was also writing here as I was writing (from 2006 to 2008) as a newspaper staff writer, reporting and writing for a weekly local newspaper. In 2006 and 2007 I wrote more than 250 original blog posts – essays, really – that were mostly about my experiences, perception, revelations and opinions. Or, as this blog’s subtitle suggests, “Perspectives, Purpose & Opinion.” In the next three years combined I produced less than those first two combined and from 2011 to right now my production has been sporadic, at best. 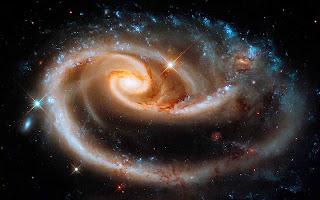 The overall blog content for this online journal never had a defined plan. I wrote (and write) mostly about what is on my mind – some of it so bad I’m embarrassed to claim it, but some of it so insightful that I am honestly surprised it came out of my head. With rare exception, however, it all remains (though when I catch typos in older work, I do fix them). It isn’t about producing excellence in isolation, but more about an ongoing narrative, the near real-time telling of a story that now spans more than nine years. To put that into perspective, I have publicly documented part of nearly 20 percent of my private life. And this year, so far, while not nearly as productive as those earlier years, is off to the best start since 2011. No plan, still, but I’d like to pick up the pace.

And what better time? So much is going on, so much is about to change, so much work is left to do and so much of that gets sorted out right here. I didn’t know that was what I was doing when I started this project. I don’t really know what I was doing. And that is nothing new; it is, for better (sometimes) and worse (too often), a defining factor in why my life has turned so many times. Starting over has been a living place for me and, to be perfectly frank, I am tired of picking up the pieces and reassembling myself. To be fair, this last reassembly has been much more thorough, yielded far greater success and is not finished yet. The changes coming down the road are positive (if, to some degree, heart-wrenching) and build upon what I have already established. In other words, I am not starting from scratch this time nor have I burnt any bridges. But… it’s a lot of change all at once and while I don’t exactly feel as though I am facing it alone, a significant part of it necessarily means just that.

I’ve been on a bit of an emotional roller coaster. There is some trepidation, some excitement, some anticipation and some dread all taking turns at the front of the line. I am torn between two places that are more than 2,000 miles apart. I have friends and family who love me and whom I love very much in both places. My decision to move back to Sacramento was based on numerous factors, but there were absolutely pros and cons – it was not a slam-dunk by any measure. And, to inject a little more honesty, I had no idea that I would develop the intimacy I have with the friends I made while living in Baton Rouge. These friends mean as much to me as do my close friends do in California or anywhere else and I wish I could have them all in one place.

I have learned so much in the last four years in particular; what I have studied as a doctoral student is only the tip of the iceberg. I have learned more about life, about me and about love than I ever knew I could. It wasn’t always easy, in fact, it rarely was. I have a restored faith in humanity not because I have read so much about it, but because I have seen it in action amid all the destruction, all the despair, all the hate not just in the world, but also in my very own little piece of it. I would not go so far identify as an optimist, but I have moved far away from pessimism, through idealism and maybe, just maybe beyond realism. What I have, especially after the weekend I just had, is hope and love. And today, that is enough rebuild one more time.

I look forward to reading more.