It's Been Real, It's Been Nice, But it Hasn't Been Real Nice

My 17-year love/hate relationship with AT&T is almost over. I just ported the last phone left on that account over to Verizon; now the number that I've had for more than 10 years is back online. All that is left is a lonely iPad Mini, and it will be disconnected in a week when this current billing cycle comes to an end. Of course, AT&T had a lovely parting gift for me - more of the incompetence I have come to expect from them. But the truth is the wheels were already in motion, this decision was made months ago. This is just the end of the end. 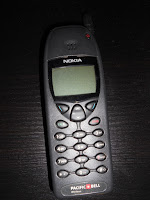 However, from a customer service, technical competence/incompetence perspective, Verizon's performance has not been stellar. In fact, it has been - in just three months - a microcosm of AT&T's. I am not impressed. I didn't move because I figured they would embrace my business or my money with any more enthusiasm than AT&T did. I moved my service because of physics. The technology that CDMA networks use (Verizon, Sprint, Xfinity, etc.) has a larger cellular footprint than GSM networks (AT&T, T-Mobile, etc.) do. For AT&T to have the same coverage as Verizon, they would have to have more towers, more cellular sites. In urban areas, it's not an issue. In rural areas, it is. Guess where I ride my bike - a lot?

My history with AT&T predates this particular entity which is now called AT&T. The last piece of the once mighty AT&T that still bore the name was AT&T Wireless, a competitor of Cingular. Cingular was a joint venture of two of the "Baby Bells," SBC and Bell South. Both of those two companies, once only regional phone companies after AT&T's break-up, were swallowing up smaller local systems and expanding. SBC was the parent company of both Pacific Bell and Nevada Bell - each with its own new-at-the-time GSM cell service. SBC finally bought Bell South and then AT&T wireless, thus owning the AT&T name. It also ended what was left of the original AT&T.

The coagulation of the CDMA networks was similar, but since I was not working with them as a dealer, my knowledge is less extensive. Dealer? Yes, I activated my own Pac Bell Wireless account way back sometime in 1999 or 2000 - my "comp code" was SA-151. The company I worked for, Cellcom International, was a chain of Pac Bell Wireless/Nevada Bell Wireless turned Cingular stores in the Reno/Tahoe/Truckee area. I ran the Truckee store. When I started, text messaging was a brand-new thing, but the GSM technology in Europe was way ahead of the Johnny-come-lately United States. However, because of that, I was able to find some of their software and adapted it for our benefit. We were doing things with our phones that no one else in the US was doing. It was a geek fest to be sure, but it was one of the best, most fun jobs I ever had. My boss and the owner were über-cool and allowed me the freedom to fuck around with the phones in ways that produced some of what we take for granted now - things like custom ring-tones and screen images. 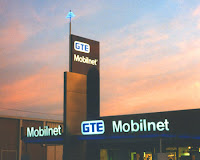 Verizon is what Cellular One, GTE Mobilnet and others became. They were based on the new-at-the-time CDMA technology developed by Qualcom. While it was GSM that most of the rest of the world adopted, CDMA has a serious foothold in the US - and it has some advantages (and some disadvantages) when compared to GSM. GSM is, in fact, the world standard, but the CDMA market in the US is huge and it’s not going anywhere. It’s also not compatible with GSM - the two technologies don’t “talk” to each other. Some phones have both technologies built in. For instance, all Apple iPhones from the 7-series up are built in two versions. A GSM only version like the one sold through AT&T - it is Apple’s “world phone” because it works on all GSM networks worldwide. They build many more of it than they do the CDMA version that is for the US only. However, that version also works with GSM networks. In simpler terms, a Verizon iPhone will work with an AT&T SIM chip, but an AT&T iPhone will not work with a Verizon SIM chip. Trust me, I learned that the expensive way. 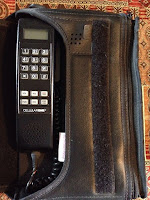 All of this history doesn’t change the fact that way back when I was selling phones, it wasn’t really the phone or the tech I was selling. I was selling service. When my customers had an issue, they knew they could come to me to solve it. And I always did. When GSM was new in the mountains around Lake Tahoe, the coverage was not as good as the competition, all of whom could access the old analog cellular system. We could not, we were digital only and while that gave us a serious technological advantage, we had a major infrastructure disadvantage. Yet I blew away my quota (usually double what was expected) every month. It wasn’t the phones or the system that I was selling. I was selling service and, unfortunately, the bigger these companies get, the less they care about us.

Posted by Michael K. Althouse at 9:41 AM