The Fifth of July

I intended to write in this space much more often this year. I wanted to post some newly arranged words at least once a month. If this one makes it to The 25 Year Plan, it will be only the fifth so far this year, and July is the seventh month. So much for intention - this is not the first time, nor will it be the last that good intentions, good ideas and even good fortune have slipped through my fingers. Welcome to the life of the of the pathologically lazy. Be all that as it may (or may not), this morning I woke up thoughtful, as in “full of thoughts.” Being full of thoughts is an invitation, if not always a motivation, for me to write. Today I am so motivated and, as a result, have accepted the invitation. 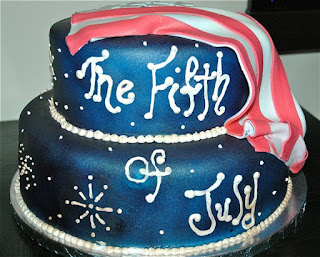 Today is July 5th, 2018. Just looking at that year, “2018,” makes me feel a strange combination of nostalgia, disproportion and some degree of regret. All of it stems from the ability to look back over more than a half century of life. My life. My life in America. I have a lot of stories, more chapters than most, perhaps, and a book that has been simmering for about 10 years now.

Independence Day, AKA “The Fourth of July,” was, historically, one of my favorite holidays. As a kid, it meant summertime, hanging out with friends, swimming, barbeques, neighborhood block parties, and, of course, blowing shit up. Many of those elements have been more or less prominent as I passed through the various stages of life, but I always enjoyed seeing things blowing up - whether or not I had a hand in it. Other holidays have changed for me over the years, too, but today, and likely for years to come, the Fourth of July will be less… let’s just say less explosive.

So, what did Independence Day 2018 look like for me? Well, I was invited to a handful of celebrations along with those “standing invitations” where a traditional annual celebration always has room for me and mine. My girlfriend and I committed to one that was an all afternoon and evening affair. Our kids - hers and mine - had their own things going on as they venture out in their own lives. We didn’t plan to stay for the “safe and sane” California legal home fireworks display, thinking we might catch one of the bigger community or commercial displays later.

Sidebar: The so-called “safe and sane” fireworks are a joke that has become less funny over the years. Why bother? It’s a racket for fundraising by both legitimate and illegitimate “good causes.” Good luck figuring out which is which. Now, back to our regularly scheduled post.

My girlfriend got to the party a couple of hours before I did because I got hung up at the local tattoo shop bringing a 25+ year-old, badly faded and blown-out bald eagle tattoo back to life. The two-hour job went past four hours and it’s still not finished; suffice it to say that I was late to the party. When I figured out that the tattoo appointment was going to fall on, and conflict with, Independence Day, my initial reaction was to reschedule. But my tattoo artists said she was happy to work on the holiday and what is more appropriate than a bald eagle tattoo on the Fourth of July? At this point, the thought of shit blowing up is residing very quietly in the back of my mind.

Which is where it stayed. By the time we both got home from the barbeque, we were content with staying there. Despite the state-wide ban on private use of illegal fireworks, there are plenty to be found here. And this despite penalties that are way out of proportion to the crime (a rant for another time). In my quiet little suburb of Sacramento, it stayed relatively quiet. In some neighborhoods it was a veritable war zone. We and our dogs slept peacefully.

That was our Fourth. No big deal and, for myself at least, a paradigm shift in that blowing shit up (personally or vicariously through others) was not motivation enough to leave my house. And it was good. So, why is this even worth writing about? Because of that last part of the date as we write it - 2018. That is now 18 years past the dreaded “Y2K,” it is long enough for those who were born in the 21st century to have reached adulthood. It is a long, long way from 1962, the year I was born. So much has happened in the world. So much has happened in my own life. If I remove my earliest years, those before any solid memory could be formed, I have 50 years of what life was like stored in my head. This is part of the ongoing project of getting it on paper (or its virtual equivalent).

I try to remember and tell those stories for a number of reasons, but maybe the most important is personal. I don’t want to view the world through the fog of the historical bubble I grew up in, but at the same time I do want to use that history as a lens to sharpen my understanding of the world around me. To the extent I can share that insight, so much the better, but if I cannot see around myself to the bigger picture - in terms of geography, history, politics, social constructions and institutions and so much more - then the history I share is not historically accurate.

Beyond all that, I am feeling like most of my life is behind me, not ahead of me. At just 55 years old, it is not all doom and gloom, there is still a long road ahead and I am truly looking forward to living it. However, I am also crystal clear about the many and sometimes significant mistakes I made. For the past almost 14 of those 55 years I have made changes that eliminated most of the “significant” variety, however, this aspect of “wasted time” becomes more profound as my own time crosses midway on the lifetime continuum. I still do it. I still waste time. It seems to be part of who I am. But I am not doing it like I once did and, more importantly, I am not wasting others’ time. And, while 55 years is a long time, so is 13 years, 10 months, four weeks and two days. They say, “one day at a time,” but those days add up to weeks, months, years, decades and lifetimes. But I live it in the now and that now is in the year 2018. It makes me think all too often, “when the hell did that happen.”