The Power Of Love

Six years ago, today, I was two days away from my second wedding. Despite numerous “red flags,” I was committed to that union. Indeed, red flags should not influence commitment, they should, however, influence unions. Those warnings turned into patterns that I found not only unacceptable, but also unsustainable. My commitment, perhaps, could be admired, my judgement, however, could not. The union part of that marriage lasted about nine months, the legal entity would keep breathing for another year-plus. I know what the final straw was, but I’m not sure when I became aware that it was, indeed, the last straw. However, once I knew, there was no turning back.

That marriage was so short that some conclusions must be drawn, some questions are begging to be asked. Probably the most obvious is how I did not see it coming. Well, I did. But I ignored it in the name of “love.” The red flags were not warnings of potentialities, they were actual indiscretions that I rationalized, forgave, overlooked and ignored. In the name of love, “it will never happen again,” was good enough. Why? Because love is all you need. Because love conquers all. Because love is a many splendored thing. 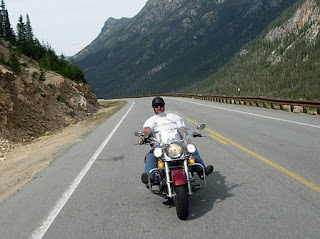 Bullshit. Love is not all you need. Love cannot conquer all. And while it might be a many splendored thing, there are also many things about it that are anything but splendorous. Love is blind, it is also deaf and dumb. In the name of love, I made some very serious errors in judgement. When I finally finished with all of that and two other far less committed forays into the world of relationships, I’d had enough. Too much trouble, too many headaches, too much heartache. Who needs that shit?

Besides, being single meant being free to do what I wanted to do when I wanted to do it. While I did (still do) have to plan around the time my job requires, even that, my dream job, comes with large blocks of uncommitted time. And I love my job, planning around it does not feel like freedom limitation. My kids are grown and, although the job of parent is life-long, the daily minutia has long since disappeared. In fact, two of my three are living that daily minutia themselves. I did my time. Freedom. The more I embraced my singledom, the more I liked it. Fuck relationships - who needs them?

Here is where it gets a little weird. First, to be perfectly clear, when I speak of relationships here, I am talking about romantic relationships. It is impossible to live a human existence without relationships with other humans. Done. But romantic relationships? That is a different story. The answer to that question is that we don’t need them. That is, we are capable of getting along in the world without a significant other. There are too many examples to show this reality, they are not simply anecdotal. Surviving in the world without ever having an “SO” can be done, just one example is proof enough, but there are thousands. 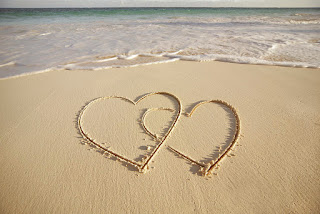 But aside from those who early and actively live a life of celibacy, what about the rest of us? It seems to be that something can be said of instinct, the drive to preserve and perpetuate the human race. That is surely a drive in all living things, to continue living, to survive not only our own lives, but also the survival of our posterity. However, procreation and romance are not the same thing. The former is the mating of the bodies while the latter is the mating of the hearts, minds and souls. The former certainly does not require the latter. And the latter has no need for the former, either. While I made the clear distinction between sex and love many, many years ago, this ingrained idea that we all need this romantic sort of love in our lives was subliminal and pervasive. It drives many of us to jump into relationships that have that elusive element of love, but nothing else. And, to repeat without equivocation, love is not all you need. Love does not conquer all and, if love is all there is, love may well show up as a decidedly not splendorous thing.

Yet, here I am, happily committed in a loving relationship that has breezed through two years - so far. For romance, there must be romantic love, but for a relationship to thrive, there must be so much more. Look at just basic, boiler-plate wedding vows - they don’t say “to love…” and that’s it. There is a whole lot more that can be condensed to simple virtues that anyone would do well to live by generally, but are absolutely required for a successful relationship. Honesty, loyally, integrity, trust, fidelity, empathy… I could go one, but without all that and more, there is no relationship. There might be love, but there is no romance. 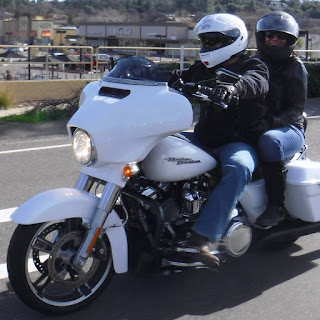 And I wasn’t looking for it. I was happy with my single life. I am happier now. I didn’t lose any of what made my singledom so great - it’s all still there. I am just as free now as I was two years ago - my girl trusts me unconditionally. Does that mean I go off and ride my motorcycle into the sunset when she needs me? No, but I am not making choices based on what I have to do, but on what I want to do. So, I am still doing whatever the fuck I want whenever I want to do it, but what constrains those things are things that I value. My job is one, my relationship is another. Having said that, I put just as many miles on my bike now as I did before I met Christine. Many of them are with her on the back.

So, do we need romance? Do we need that sort of love? I don’t know that “need” is the right word, but I can say that it certainly adds to my life in ways nothing else (including too many unsuccessful relationships) has. Could I have gotten by without it? Sure, and without knowing what this kind of über-compatability feels like, I never would have thought I was missing a thing. But having a partner - true partner - to walk through life with is nice, especially when considering that walking it alone isn’t so bad, either.