Eighteen years, one month and three days ago I was involved in a serious accident that put me in the hospital for an extended period of time. My middle son, Timmy, was with me and 13 at the time – my youngest, Matthew, was 11 and at home. While this is not about that, part of that story must be told. I was driving a Jeep Cherokee, fell asleep at the wheel and drifted into the path of an oncoming logging truck. The impact was violent and, fortunately, my son sustained only minor physical injuries. Again, that was 18 years, one month and three days ago – almost to the minute – as I write this. My injuries were many, but the long-term recovery was a result of the major bone trauma I sustained. At this time 18 years ago, I was just being brought out of a medically induced coma – it would be a few days before I was fully conscious. I spent a total of three months hospitalized.

I have three boys. Not surprisingly, each has dealt with serious injury in the past. I have done the hospital vigil – I’d say most parents can relate to it in some form or fashion. It goes with the job. However, the one I put my parents through – at the age of 37 (I turned 38 in the hospital) was a doozy. I actually got a small taste of what that must’ve been like about 10 years ago when my middle son – the same one who was in my accident with me – was a passenger in a car that was also in a serious accident. That time he was not as lucky, sustained numerous cuts and significant bone trauma to his right arm, an arm that is still not 100 percent. 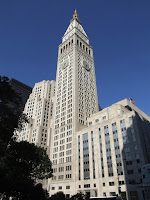 Fast forward to one week ago. My youngest son – the one who escaped all injury from my accident because he stayed at home – was involved in a major accident on his motorcycle. He turned 29 just last month and while he has not been injury free in the intervening 18 plus years, he has not endured anything one might call “serious.” On his way home from work last Tuesday, a driver unexpectedly turned left in front of him. My kid hit that car at or near the speed limit of 45 mph. He had the right-of-way, he was not at fault and although the car sustained enough damage to probably declare it a total loss, the driver of that car walked away with no injuries, My kid has not walked since.

But he will survive. Of course his injuries are serious and they will take a long time to rehab through, but he is very healthy and extremely motivated. He was wearing a good helmet and sustained no head injuries. These are all very good things, but the overall situation is not “good.” My son is not “okay.” He is fucked up and it is largely up to him to un-fuck himself – physically. He knows that. He’s up for it. His attitude is surprisingly good most of the time and when it is less so, it is due to a bout of intense, but temporary, pain. I’ve been there, I have not forgotten. But due to this accident which was not his fault, he is also fucked-up in other ways. Those things have to do with the intricacies of care, medical insurance, auto insurance and the labyrinth that is designed to put as much financial strain of the patient or victim as possible. In that respect, things have not improved in the last 18 years. Indeed, things have gotten worse.

Here is where I step up on my soapbox. 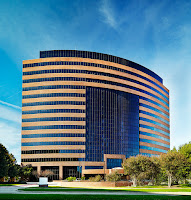 When it comes to Matt or any of my kids, I am well-equipped to help them fight on multiple bureaucratic, faceless and soulless fronts. I know how to effect change on a discrete and local level – to some extent I already have advocated and won on my son’s behalf. It wasn’t even all that hard to do. But as good as I am at winning arguments (and it sure doesn’t hurt being right), I do not have the skill or knowledge necessary to navigate the complexities and the legalese of the insurance game. For that we will likely need a lawyer – if there is a big payoff (there might be), lawyers will take the case on a “contingency” basis. They don’t get paid unless we win – usually around 30 percent of the payoff. If we won $100 thousand, we would get $70 thousand. In other words, the lawyer would get $30 thousand for knowing what to say and who to say it to – and for being a lawyer while saying it. The other option is to pay a retainer - to "hire" a lawyer to deal with the bureaucratic morass. 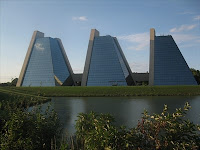 Here is the systemic problem with all of that. There is no reason why insurances need be so complicated that it takes a lawyer to navigate even simple cases. Timmy won a sizable settlement in his case, but it took a sizable contingency to win it. Matt might, too, although the rules have changed and guess whose favor they changed for? The money the insurance industry infuses into politics is truly staggering. Their lobbyists write the laws that are then voted on by those they put into office. Nothing new? Probably, but they get away with it for a number of reasons – foremost among them is that they write their own regulations. Why do we let them?

Because there is no critical mass. Most people don’t have to experience the seriousness that I or Matt do. And for less serious cases, the potential compensation is not worth the fight to get it. Also, even if the odds catch up to enough people – if indeed most people end up experiencing the devastation of a significant event in their lives, it rarely happens all at once – the outrage necessary for a popular uprising never occurs. The exceptions are when mass disasters hit – fires, floods, earthquakes, etc., but even then the insurance company juggernaut stands firm. And we let it. 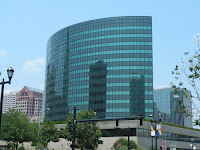 It is time. It is time we get simple, easy to understand, easy to use and easy to collect on insurance. Look at any large city in the US. The one common factor is that the largest buildings are named for insurance companies. They are not hurting; we are.

Posted by Michael K. Althouse at 9:54 AM