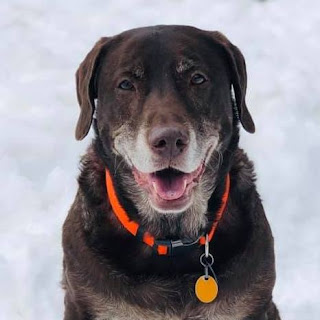 My dog has a Facebook account. Her name is Bella and she is super smart – much smarter than the self-proclaimed geniuses on Facebook. While it is true that I have deactivated my own Facebook account, I have not gone completely, totally Facebook dark. Furthermore, although Bella has her own Facebook “friends,” many of her friends are (were) my friends, too. Because of certain canine limitations (no opposable thumbs, for example), Bella needs help navigating and manipulating her Facebook activity. She doesn’t post much, doesn’t interact much, almost never comments, but she will throw a like here and there, peruse the newsfeed for any juicy tidbits and funny cat videos. Her news feed looks nothing like mine did, despite having similar roots.

She doesn’t see much political stuff, either. It’s a good thing because she really, truly, has no fucks to give. However, she still sees some of the pettiness of others, amplified on Facebook to monumental proportions. Maybe it’s because she keeps her yap shut, but that human shallowness so prevalent on Facebook doesn’t seem to faze her. She ignores it. She doesn’t participate. It rolls off of her like the proverbial water rolls off the proverbial duck’s back. It is truly remarkable how nothing, Facebook or otherwise, ever, ever, bothers her. She is unperturbable. I aspire to be more like her.

It is perhaps fitting, then, that I am her Facebook curator. I’ve batted around the idea of coming back to Facebook in some limited sense, but I do not see a way to that end. It will only snowball into the quagmire it was when I left. The pettiness, the cliques, the unsaid and the partially said (all that and more, collectively, used to be called “head games”) has become the rule, the norm, the new juvenility that I will no longer tolerate. So I left. But Bella likes Facebook just fine. She has found, apparently, that limited state where, to her, it is nothing but what it ever was, a virtual echo chamber. It is not real. It is, in her world, all meaningless. Bella doesn’t care who is “in” and who is “out,” and, more importantly, doesn’t care where on that popularity continuum she is. She is not interested in validation, in “likes,” in comments or tags. 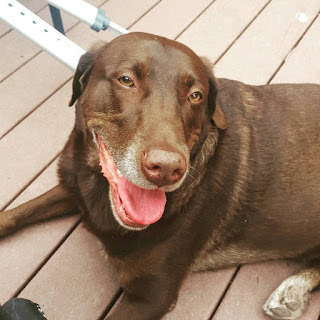 She just doesn’t care. She is truly free, and she is without being #facebookfree. I am learning from her. In dog years, she is only a little older than I am, but her wisdom surpasses mine in ways that are unfathomable. So she doesn’t have opposable thumbs, so what? I do and she has me. We are helping each other. But mostly, she is helping me.