I'll Think About It

After almost four weeks of Facebook deactivation, I am thinking about reactivating my account in the near future. I have not, however, made a final decision yet. Unlike most people, when I say “I’ll think about it,” it is not a deflection to avoid saying what I already decided; I am, in fact, thinking about it. So, what is there to think about? Didn’t I basically throw Facebook under the bus? Didn’t I call it and its mother every nasty name in the book? Didn’t I say it was the harbinger of the end of the world as we know it? Well, the last statement is partially true, but that is not necessarily a bad thing. The others are, of course, hyperbole. 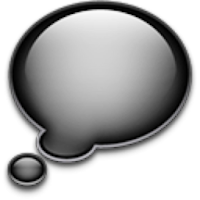 I don’t condemn the platform itself so much as I do the way it is used. As it has evolved and as it turns out, the quasi-anonymity of (ironically for “Facebook”) faceless-to-faceless interaction has led to the spread of hate and division. Indeed, where that kind of infestation took some skill, planning and resources prior to the age of information, it can now be done with ease by those who don’t even realize they are doing it. That and the boundless self-aggrandizing, self-promotion - self-everything - has not only turned me off, it was turning me. Turning me into yet another of the many iterations of Facebook minions.

Despite my disenchantment with what Facebook has revealed about people, Facebook is, in a way, its own antidote. The same platform that is so utilitarian in spreading division can, in theory, also be used to spread unity, understanding, peace, good will, diversity, love and all other timeless virtues. However, the platform itself is merely a tool, its benefit comes from how it is used. The degree to which the corporate entity, “Facebook” (whether that refers to Mark Zuckerberg or any other real people who make up that entity), can direct that usage is limited. It is limited in the same way a hammer manufacturer can limit the way its hammer is used. While the Facebook platform has more about it that can be regulated, it is still, ultimately, about who is swinging the hammer.

If I go back, I will use that hammer to build, not destroy. That, however, is not as easy as it sounds. In fact, I could argue that using a hammer for demolition is constructive, is morally positive and is ethical. The demolition phase of construction clears the way to build anew. Of course when it comes to people, ideas, institutions, ideologies and the like, the demolition of those things brings in different and powerful dynamics. We are no longer dealing with tangible, inanimate objects. These are, instead, intangible, but - and ironically enough - very much animate… and sentient. It all has to do with people and all of our collective humanity that makes us up. Facebook puts all that under a microscope and magnifies it to ridiculous proportions, indeed, super-human proportions.

My job, then, should I choose to accept it, would be walking a fine line. I performed that role before, but not consciously. In fact, I have performed that role for much of my life, I seem to be built that way. I don’t want to get all new-agey (one of so many irritating reignited fads from the past that Facebook has breathed new life into), but as an introvert, now euphemistically called an “empath” (sounds special, right? Like we have some sort of super-power), I am easily exhausted by too much sensory input from others. High energy people, some of whom are my closest friends, drain me. Facebook brought all that energy into my home, onto my desktop and put it into my pocket. I was being depleted almost all day, every day. 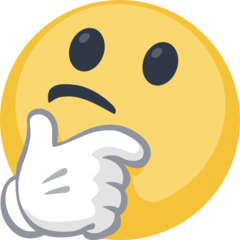 My return to the platform would, therefore, be markedly different in many ways. The most significant would be my very limited participation. My obligation to acknowledge anyone via a status update, a post, a comment on one of my posts or even a “like” is absolutely zero. As such, Facebook would not be nearly so “interactive.” My job will be to contribute to the world of words and information those things that I feel will benefit humanity, will promote unity, will foster diversity of thought and action and, when demolition is necessary, will do so in a way that recognizes the very real humans involved. I would also use it for personal documentations  of my travels and adventures, but only so much that myself, my family and my (real) friends can enjoy them, in much the same as I enjoy (and now miss) theirs. As I’ve written many times, this ease of connection is probably Facebook's biggest attraction and likely what made it what it is.
Little enlightenments come to me on a daily basis through a number of sources, but the most pronounced is still the Internet – usually through email. I will, when sufficiently motivated, write about them as I am this moment, but more often than not, those insights will fade into the darkness of my memory, never to be heard from again. Facebook never forgets. And even though Facebook users are acculturated to sound-bite sized snippets, part of what I do is challenge that status quo. The platform allows for statuses this long, I have (and will, if I decide to reactivate) use that space. If I can get Facebookers to read several hundred words – about almost anything – then that, in and of itself, is beneficial. 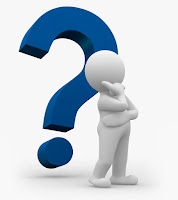 The article that got me thinking about this in terms of a return as a real possibility was written in an online journal called The Medium. It is the most recent of a few periodicals that I have a paid subscription to. I found the writing and writers enlightening, fresh and inspired. It is the kind of stuff I like to read – and write. If I had to compare it to something, I'd say it is similar to The Stone, a section of the New York Times that features essays and opinions that are philosophical in nature. But The Medium is more than that. The point is that a simple link to the article I read today does not work on Instagram, does not work on my blog, it might work on Twitter if I had built up a following and liked it, but I haven’t and I don’t. They are not easily and effectively disseminated anywhere else. Facebook is the standard.
My goal, then, if I go back, is to do so with my shields on “high,” limiting my interaction to almost none and just post things that are, at worst, value neutral. Of course, the goal is to foster unity, peace, tolerance, diversity and essentially everything else that not only makes us good Americans, these are the things that make us good humans. But I am still thinking about it.

Beautifully written man. Glad you’ve decided possibly to share again. I really enjoy your writing and it makes me think.