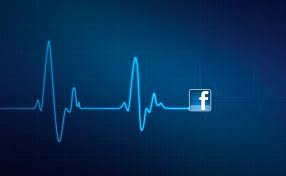 It has been about 10 days since I deactivated my Facebook account. Three years ago - at about this time of year - I deactivated for about three months, although all of my friends who recall it remember it being much, much less time. The archives, however, do not lie. Still, it is interesting how the perception, among those who have any recollection at all, is so universally underestimated. No one said, “Only three months? I could’ve sworn it was longer.” I reactivated on a limited basis for a couple of specific reasons (reasons that I no longer remember) and while my presence was, in fact, initially limited, eventually I was right back into the mix complete with reinstalling the app on my iPhone.

With the exception of the occasional quip, “I thought you were done,” no one really questioned my return. It was business as usual. Facebook, at the time, was pretty similar to what it is now. A few features have been added, but what makes it unique has been a key feature for a long time now. What feature is that? It’s not exactly a discrete feature or application, but more of a mosaic that is woven through Facebook as a whole. It is literally the binding agent that holds Facebook together and those tentacles have spread far beyond just Facebook and its holdings (Instagram, WhatsApp, etc.).

Most social media users recognize the hyper-connectivity of it. It is, perhaps, one of the features that makes it so attractive. There are any number of ways to interact on Facebook. For example, we can simply click “like” or, now, select one of a few other “reactions.” We can comment on the main thread or any of the comments, creating or adding to a sub-thread. We can tag all kinds of shit – not just pictures; we can tag posts, we can tag comments, we can tag videos, memes, ads, and so on and so on. Everything in our archives is inextricably linked not to just a few others, but due to our connections with friends, friends of friends and their friends and their friends of friends, we are all just a few degrees of separation from everyone else. Yes, everyone. 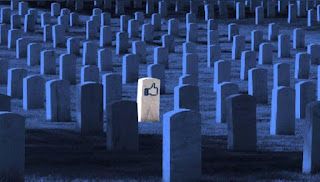 Okay, I hear you. That’s nothing new. It’s been like that for a few years now, at least. Granted. And the ramifications of all that are as old as the connections are, too, but I don’t know if many people have given it much thought. Here is what it means, especially for those who are, like me, frequent and/or long-term users of Facebook. It means that our real realities are now inextricably linked to our virtual realities. They are (or are becoming) one and the same. That is where this is headed and jumping ship at this point – and failing to board that ship at some near-term future point – is damned near impossible. The Facebook world is no longer virtual, it is part of the real world and those who aren’t “in,” are, by definition, out.

Still nothing new? So what? Okay, consider this: When I, or you deactivate or (gasp!) delete Facebook, it is not the same as a death or disappearance in the physical world. When people leave this life or for some other reason are physically absent for a long time, they still have a presence. They held a place in our world, in our hearts and in our memories. Some African tribal cultures believe that as long as the memory is alive, that ancestor is not truly dead. In real reality, when we leave or die, we have left a mark, a memory remains. Not so with Facebook.

While Facebook has not yet figured out to completely erase a former member’s existence, they have done a good job getting there. When we leave Facebook – whether it is permanently or temporarily – we lose all trace of our existence. Facebook removes not only all of our own content – what we post and allow on our own timelines – but also every comment, every like, every tag and everyone of my pictures that shows up in your “photos of” tab because you were tagged – they are all gone. Facebook not only takes us out, it extinguishes almost all of our history, and that history is very closely linked with those of many others.

Therefore, once established in the Facebook Universe, once we acquiesce to all that is Facebook, the platform is in control of every aspect of our virtual lives. On it, we have no right to free speech, we have no rights whatsoever. It is not our  world, it is theirs. But if you do try to leave, everything goes, including all communal references to you. Yes, the pictures your friends posted and tagged you in are still there, but your tag, your name is gone.

I find myself with a dilemma. There are a handful of people in my life who have memories, many of which occurred in the real world, that are “housed” on Facebook. Where we would have real pictures in an actual photo album, we have turned that task over to a machine that does a remarkable job bringing more complete content and recoverability to those memories. But, we have given responsibility for their care over to Facebook as well. Mine are now gone, in a virtual purgatory, neither alive nor dead, in between places. I don’t know how long Facebook keeps deactivated accounts alive – I’d guess indefinitely since advertisers pay more for a larger count of accounts. And if I reactivate, even if I just stay on the sidelines as a spectator, everything will come back. If I don’t, eventually my virtual presence – all of it – will disappear. It will be as though I never existed. The same machine who created virtual Mike will erase not only me, but all remnants, all memories of me, too.

At this point I feel as though I am thinking in terms of a “final” decision. Go along now, build upon my virtual presence, keep all that in the care of an algorithm or go rogue, get off the virtual grid, be forgotten. I am on the fence, honestly. Furthermore, there are those in my life for whom this sort of communion is real enough, is beneficial, it might even be necessary not in terms of life and death, but necessary in terms of a means of communicating where little or none existed before. Or… it’s just better and more convenient. Is that so bad? Stayed tuned, I guess, the wheels are turning…