I wrote the following essay for a column writing class more than a decade ago. While it remains one of my favorite pieces, there are parts of it that reveal just where I was at the time — as a writer, as an observant member of society, as a member of the human race. These overtones would not be apparent to anyone else, save perhaps those who know me personally and have read me closely over the past many years, but there is one theme that was emerging and is apparent to me. The idea that we, as a society are so very grandiose about so much. We “celebrate” everything, all the time. And often, many times. How many times have we heard (or have you said), “this is my birthday month.” Seriously? Like one day isn’t enough? Although that’s an easy target, it speaks to this penchant we have in America, and in the west generally, to par-tay. And why, not — we’ve earned it, right? Well, yes — and no.

We absolutely should celebrate our achievements, our milestones, our victories and the like. There is nothing wrong with that — in proper moderation in relation to the event. A 50th birthday party? Kind of a big deal. A 44th birthday shindig? Not so much. And I am not here to dictate what the “right” amount of celebration is — I have no fucking idea — however, it is clear that we do push the boundaries regularly. Proof? Easy. 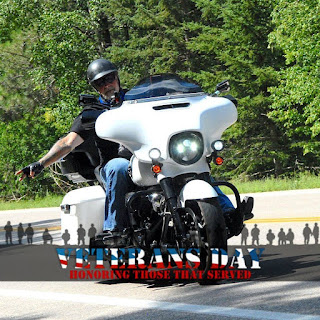 Today is a Wednesday. It is also Veterans Day. A lot of people have the day off, with pay. It is a federal holiday and all government offices are closed. It is a day to recognize the men and women who have served our nation in the U.S. armed forces. Memorial Day is for vets who have passed, Veterans Day is for those who have served. They are both solemn days, days of reverence, days of respect, days to reflect and be grateful to those who made our cozy lives here possible. Veterans Day was originally on November 11th, but is was part of the 1971 Uniform Monday Holiday Act that moved its “observance” to a Monday, thus creating a three-day weekend. Guess what happened. The vets saw it and pretty quickly had had quite enough “celebrating.” In 1978 Veterans Day returned to being observed on November 11th, no matter what day of the week that fell on. Go ahead, have a Veterans Day barbecue at the lake, break out the ski boat, crank up the music and have too many beers. On a Wednesday.

The celebrators hijacked Veterans Day. They have also hijacked a lot more than that. Think about all the major holidays, their origins and their current Madison Avenue made images. Never mind the “made for TV” holidays that have emerged just to sell stuff. We have all bought into it. And why not — it sure feels good. It felt good when it was all much smaller, when I was much smaller. And now that I have turned many calendar pages, those holidays have grown more massive, their preceding seasons are longer and more is certainly better, right?

And now the rug has been yanked out of nearly a year of celebrations. By the time it is over, everyone will have lost out on something to COVID. The whining is, at times, almost deafening. We sure have gotten used to our celebrations. Then there are, as of today, 240,040 souls who will never celebrate anything ever again. In the meantime, today is Veterans Day — go thank one for his or her service - and party some other day.

Christmas is nearly upon us once again. Many would call it the undisputed heavyweight champion of all contemporary holidays. It has it all - decorations, gifts, a grand, multi-course meal, family tradition, religious undertones, symbolic icons, parades, music and extreme consumerism. And, like only a handful of other holidays, it has an “eve” to welcome its arrival. It even has its very own season with its very own greeting... "Season's Greetings." Yes, Christmas might just represent the pinnacle of what every holiday aspires to be.

If Christmas sets the bar, all other holidays are lacking by comparison. Where’s the justice? Why should one holiday receive all the glory while others deserve only a footnote on the calendar?

There are other holidays that have religious overtones, perhaps even more so than Christmas. Take Easter, for instance. Not just one day, but actually three starting on Thursday night, through Good Friday (aren't all Fridays good?) and ending on the evening of Easter Sunday. Talk about holiday potential. Instead of one day, there are three solid days for gift giving, parties and festivities. Imagine the commercial build-up. Imagine the spectacle. Throw in a Monday and it can't lose.

But no, all we get is a cheesy bunny. He somehow lays multicolored eggs and then cleverly hides them. If we’re lucky, he pushes out some that are made of chocolate (don’t ask) and puts them and other candy in a basket with plastic grass that gets everywhere. But there is a parade. And songs. And apparently Easter bonnets, though I cannot recall ever seeing anyone ever wearing one.

Speaking of candy, what about Halloween? Here’s a holiday that’s not a holiday. There are the parties, sure, and decorations second only to Christmas (yes, second, again...), but there has never been a day off work. Any self-respecting holiday simply must come with a paid holiday day. Halloween is so disrespected not even banks and the government give it deference.

There are holidays better known by the dates they fall on like the Fourth of July or, hijacked from our neighbors to the south, Cinco de Mayo.

Then there are the “Monday” holidays. These are the holidays that are on one day, but “observed” on another. In 1971, the Uniform Monday Holiday Act moved Veterans Day, Memorial Day and George Washington’s Birthday (before it was given an identity crisis by combining it with Lincoln’s Birthday into “Presidents Day”) from their original date to a convenient Monday so federal employees would have more three-day weekends.

The act also created Columbus Day, the dumbest holiday of all time - glorifying a wayward sailor who got lost and discovered… India. No. America. No - India. No, ok, America, but let’s call the people there “Indians.” Oddly enough, there is no nationally designated Indian or Native American Day. It wasn’t a “new” world to them, they knew it was here all along.

After protests by veterans groups, in 1978 Veteran’s Day was moved back to its original November 11th date. The vets felt it had lost its importance and had become nothing more than just another three-day weekend.

Well then, let’s move on to some of the more innocuous holidays. In no particular order and with no particular importance, some of the most pointless are: Groundhog Day, Flag Day, the afore mentioned Presidents Day , Pioneer Day, Patriot’s Day, Valentine’s Day, Saint Patrick’s Day, and the ever-popular Grandparent’s Day.

And just when you thought it couldn’t get any worse, here are some of the “unofficial” holidays created to commemorate who knows what: Bloomsday, Buy Nothing Day, Friendship Day, Husband Appreciation Day, Wife Appreciation Day, International Talk Like a Pirate Day, International Kitchen Garden Day, Mole Day, Monkey Day, National Gorilla Day and a day that needs no description - No Pants Day.

Yes, seemingly there is a holiday for every occasion. Not yet mentioned - Mother’s Day and Father’s Day. I have one of each and I am a father - these are among my favorite holidays. It was not always the case - when I was young, there was the perennial question children always ask, “How come there’s no Kids’ Day?” The reply, always the same, “Every day is kids’ day.”

That must be why adults need so many damned holidays.