It seems that everyone passes through a “reflective” time of year. Okay, maybe not everyone… I should qualify that; everyone who has lived long enough to have some years to reflect upon. And that time of year can span several days, weeks, even months. It tends to be centered around some major milestone, often one’s birthday, but we collect other major mile markers as we move through life, too. To the extent that they will “cluster” at some point in the year, that seems to be the place where an ever increasing cascade of reflection takes place. That process, for me, began in early August and will culminate on my birthday in early December. By the time the holidays and New Years Day come around, it will have been processed – no “new year resolutions” for me, ever.

As I am currently in that period leading up to my 58th birthday, the warehouse of reflective material is full. It is not just due to surviving nearly six decades, but also due to nearly not surviving. But I have hashed and rehashed that and much else of my “new life” that began with the violent beginning of the end of my old life twenty years ago many times, most recently on the 20th anniversary of that specific date. Today, my musings took me in a different, much less foreboding (and, consequentially, much less climactic) direction. Today it has to do with “what ifs,” my nature, and would it have mattered. 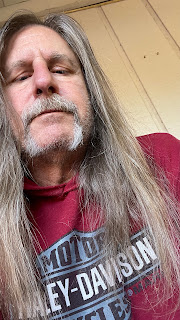 Briefly, I wasted many years of my life wandering aimlessly through it. I had no real direction, no real goals, no real plans – I don’t remember ever having an answer to, “what do you want to be when you grow up?” I didn’t think anything of it, I was just a kid, but that aimlessness eventually manifested in a lot of unhealthy behaviors that included drug and alcohol abuse. I worked, I even had careers (plural), I was a husband – briefly – and a father and, if asked, that was my purpose, my main job, and the only thing that really meant anything to me was being a father. However, addiction is more powerful than love and eventually even fatherhood came in second. Obviously there is much more to the story, but that sets the stage of aimlessness and highlights that, while lifestyle played a part, it was more symptom than cause.

That part of my life literally crashed in on me a little more than 20 years ago and the life I lead today took hold for good a little more than 16 years ago. The transformative process took some time – hence the beginning of the end was not the same as the beginning of the beginning. Suffice it to say that I have been completely abstinent from all mind and mood altering substances, “clean and sober,” for more than 16 years now. It is a point of personal pride for me, but it also moves this story along to our next plateau. Prior to that line of demarcation, while I had many jobs and many of those jobs constituted what could be called careers – and I went to school for some of them – none of them “stuck.” Usually a personal crisis of one sort or another would conveniently coincide with a subconscious, “I’ve been doing this long enough,” and I would jump ship. Long-term commitments were not, apparently, my thing.

But that is likely only partially true. The fact is that there are several areas in my life in which I enjoy some very long-term commitments. And, since 16 years ago, one of those has been of the career/educational variety, too. I went back to school, but this time it was to finish my bachelor’s degree. After that was a master’s and after that I attempted a PhD and, although I only managed to advance to candidacy – never completing my dissertation – I was awarded another MA degree. Furthermore, I have been teaching undergraduate university students since my first semester in graduate school in 2008, a job I have now been doing full-time since 2015. That is, by far, the longest I have ever stayed in one job.

So much for the Reader’s Digest of what got me here. My musings for the past couple of days have been based around “what ifs.” I know it’s just a mental mind-fuck and if I am not careful it can take me down a rabbit-hole to a place of self-loathing for all the time I wasted, but it need not be so dark. I wonder, what if I had found this prowess for academia when I was in my 20s? What if the dedication I was able to muster in my mid to late 40s and early to mid (now late) 50s was available to me when I was younger, when I had more energy, when I had more memory, when I had more drive? Worthy questions, all. What I really want to know… would I have made it to Dr. Althouse? Would I have had more success in earning that PhD? There are several factors driving this question, but one is a subtle but distinct change in attitude of certain others once I decided to not go through with the final step of writing a dissertation. That decision, the one that essentially awarded me the conciliation prize of another MA degree, seems to have disappointed certain others – but disappointed is not exactly the right word. The right word denotes action – it’s an attitude that captures the feeling. I am not sure a good word exists – it’s not ostracized or shunned, neither of those words are accurate, but a lesser version, perhaps? Knowing what I know now – and forgetting stupid lottery scenarios – would it be any different?

I think yes – and no. In terms of the destruction and dereliction I ran my life into, and in terms of much (but not all) of the wasted time, yes, some of that could have been avoided and my life would have benefited. Indeed, not just my life… However, I cannot discount my own nature, those core things about me that make me who I am. Some things I can deal with, modify, work around – and I have, in many respects, but others are just there, characteristically me. The questions about that “drive,” the energy to pursue a longer-term goal, to be see things past “good enough” to absolute perfection – in most cases, I can’t see it. That wasn’t me before the drugs, it certainly wasn’t me during and it has not been me since. Even when it comes to this – writing clean, clear prose – something I know, now, that I am good at, that I embrace and nurture, I will not pour over endlessly striving for some standard of perfection. True, my line for “good enough,” for this, is much closer to perfect, but I am not nor will I ever be – or was I ever in the past – that guy. About that PhD… I have no fucking idea, I really don’t. And regarding how others feel about my failure to achieve their dream. I’d suggest they read that last sentence out loud.

So “what if” I could go back and do it all over again, knowing some of what was in my path ahead. Well, first, regarding the danger signs of addiction, take them seriously, get help early and have 35 or 40 years clean and sober by  the time I turn 58. Next… nothing. I don’t think that anything I could do, knowing or not knowing what my future held, would provide me with the necessary motivation beyond what I found in my later life. In other words, my success would likely be similar, perhaps aided by the increased energy and memory of youth, but perhaps hindered by the distractions of youth, sans drugs. While musing about what might have been is somewhat entertaining, it is, when put in proper perspective, also gratifying in that I might not have wasted as much time as I think. And, unless someone invents a working time machine, it only matters in the here and now anyway.