In a little more than a month, I will turn 58 years old. I don't really like to think about being that “old.” I certainly don't feel “old;” I don't even know how I am supposed to feel. To say my perspective on how old "old" is has shifted is a monumental understatement, but besides my body showing some wear and tear and some difficulty recalling some things (names seem to be becoming an issue - that might be a blessing in disguise), I don't think about myself in terms of being “old.” But as little as 10 years ago, people who were my age now, were old - or at least very close to it. And 20 years ago? We were all ancient and about to die. I guess at 30-something I was going to live forever. Funny story - I almost didn't make it to 38. 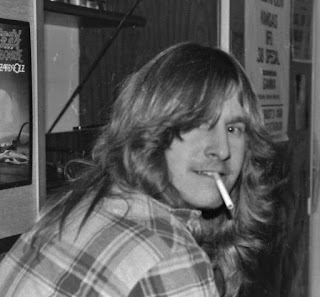 Anyway, I am not looking to begin some sort of “birthday month” or anything like that. In fact, I'm not interested in celebrating it at all - my track record of birthday celebrations has been pretty dismal. My 50th – the “Big 5-O” – was a big 5-zero. No sense in rolling the “will this be a good birthday celebration/party” dice - pass. Hard pass. And, in all seriousness, it’s not my get-down anyway. But that perspective shift I mentioned earlier does have a couple of other dimensions, or dynamics, that I hadn't thought much about before today. I was inspired by a particular Facebook post that really has nothing to do with where it led me, but such is the nature of inspiration. And Facebook.

I mentioned that I don't really “feel” my age. That is only true is some respects, important ones, but only some. I don't feel old in terms of my mental vitality. In fact, I have greater mental acuity and energy than I ever have. I also have a more heightened awareness of what is going on around me in my immediate circle, locally, nationally and globally. I am paying more attention to my surroundings than I ever did when I was younger. These are important aspects of living and to the extent that I AM living, I do not feel as though I have lost either a step or a beat. The physical aspects of aging are important, but less so, at least in terms of the kind of “feeling” I am talking about. I feel those aches and pains and I pay a daily price for the abuse I put my body through, but while it is inconvenient and annoying, it is not debilitating. Not yet, anyway.

But there’s more. There are some things I desire more now – much more. It’s not “love” or “companionship” or “someone to grow old with” or a “life-long partner” or any of that other fairytale, pie-in-the-sky romantic bullshit. Those days have come and gone, if I was going to have that – if I really needed it – I’d have it. That stuff might be nice, but I’m not looking for nice. I am looking for peace. And it’s more than just a search – it is a demand, because with my age and the place I have both found myself and worked toward, I have a certain amount of power. I choose to muse that power to eliminate, to the degree that I can, drama from my life. Maybe it is age, but I simply do not have the patience for it anymore.

Related to that, I suppose, is the ability to let so much more go. Our egos… Check that: my ego – has not been my friend. Maybe yours is, I don’t know, but mine has caused me to hold onto “truths” and ideologies long past their expiration dates. I don’t need to be right and don’t care if I am wrong. If age brought me that, I wish I got old faster. It makes my life much less stressful, much more peaceful and eliminates the drama from at least one source – me. When push comes to shove, there is a third choice. Walk away. It’s so easy I don’t know what took me so long to figure it out. 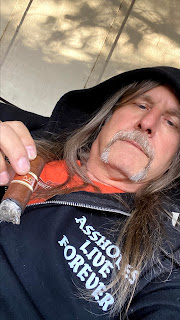 A little more than a year ago, I was had to make a choice. I chose peace. I chose drama-freedom. From that moment to this day I have no second-guessed that decision nor have I regretted it. It was the right decision. It could have been made in a better way, it could have transpired with less drama, but it also might have been the best way. Rip the Band-Aid off quickly and let the healing begin. I have made numerous decisions, consciously, since then with the same simply criteria in mind – does this potentially or likely introduce drama and conflict into my life? If the answer is yes, it doesn’t matter what the upside is. Indeed, there is no upside – the price is too high. I have lived enough years of conflict and drama, as much as is within my power, my remaining years will be peaceful and as drama-free as is within my power. Fortunately, with those years, I have amassed considerable power to be able to do just that.