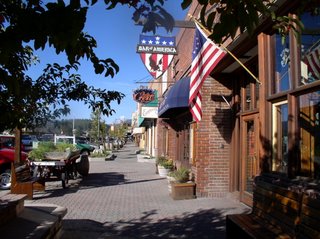 Today I am covering an event in my old stomping grounds, beautiful Truckee, Calif. There is a skatepark up there where my kids used to skateboard and it’s right across the street from where my cell phone store used to be. Memories!

My purpose there is not to cover the event per se, but rather to ask some questions from representatives of the various demographic components (locals, visitors, contestants, kids, event organizers, law enforcement and maybe even a civic leader or two). How is the skatepark working for them? Completed in 1999, it’s now almost eight years old and among the first built after skateboarding was designated a “hazardous” activity; a legal definition that greatly reduced the liability municipalities could be exposed to.

I’ll also be taking a ton of pictures. What does all this have to do with little Colfax? Plenty. The Colfax City Council will have before it a simple question at its next meeting. Can the community group advocating for a skatepark in Colfax begin the planning phase using a chunk of city owned land currently used as a corporate yard? The Parks and Recreation commission is not only behind a skatepark – unanimously so – but also appears to be strongly in favor of beautifying this prime piece of real estate, and getting it into the park system. 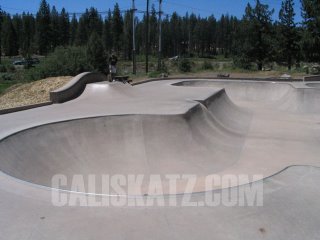 My preliminary research so far shows that these parks are better attended than all other park facilities in the municipalities they are located, even after the “Christmas morning” effect has worn off. In Truckee, years after completion, the kids are still shoveling snow out of it in the winter. It is the epitome of dedication. The parks also greatly reduce the number of skateboarders riding in the parking lots and on the sidewalks. While they don’t do it maliciously, skateboarders tend to leave their mark where they ride. The parks are designed for them and are built to take it.

My next post will be one of memories, revelations I’m sure and some pictures.

Stay tuned!
Posted by Michael K. Althouse at 9:16 AM

Not just does a skatepark get skateboarders out of the parking lots and such, but it encourages an activity and exercize, something that keeps young adults out of trouble and happier in general.

Have a great time in Truckee! Sounds like a fun assignment. I've spend many hours at the local stakepark watching my son and his buddies. It amazes me that they don't get killed!

I can't wait to hear the outcome of this one! Our skatepark here in Louisville is amongst the "x-gamers" favorite parks....so they say! It's pretty awesome! AND - I've never rode by there when it wasn't packed.

Can't wait to hear some of your memories!

I remember Truckee too! What great memories and new arisings for these towns. They have been "sleepers" for so long and really nothing happening for the youth. This is progress and hopefully will knock down the "other substances" with something for kids to do.

There’s a Van’s Skatepark in my local mall(The Block of Orange in OC). It’s a two story building with an atrium that looks down on the skate bowl w/ bleacher seating in areas. The skate bowl portion of the park is underground a level, so it’s not a huge monolithic eye sore. There are skate type retail shops on the top levels selling cool clothing, food, shoes and skate products. If Colfax is looking to bring in revenue, a set up like this could be just the ticket.

I think it's a great idea for Anywhere USA! The kids need activities where they are welcomed!